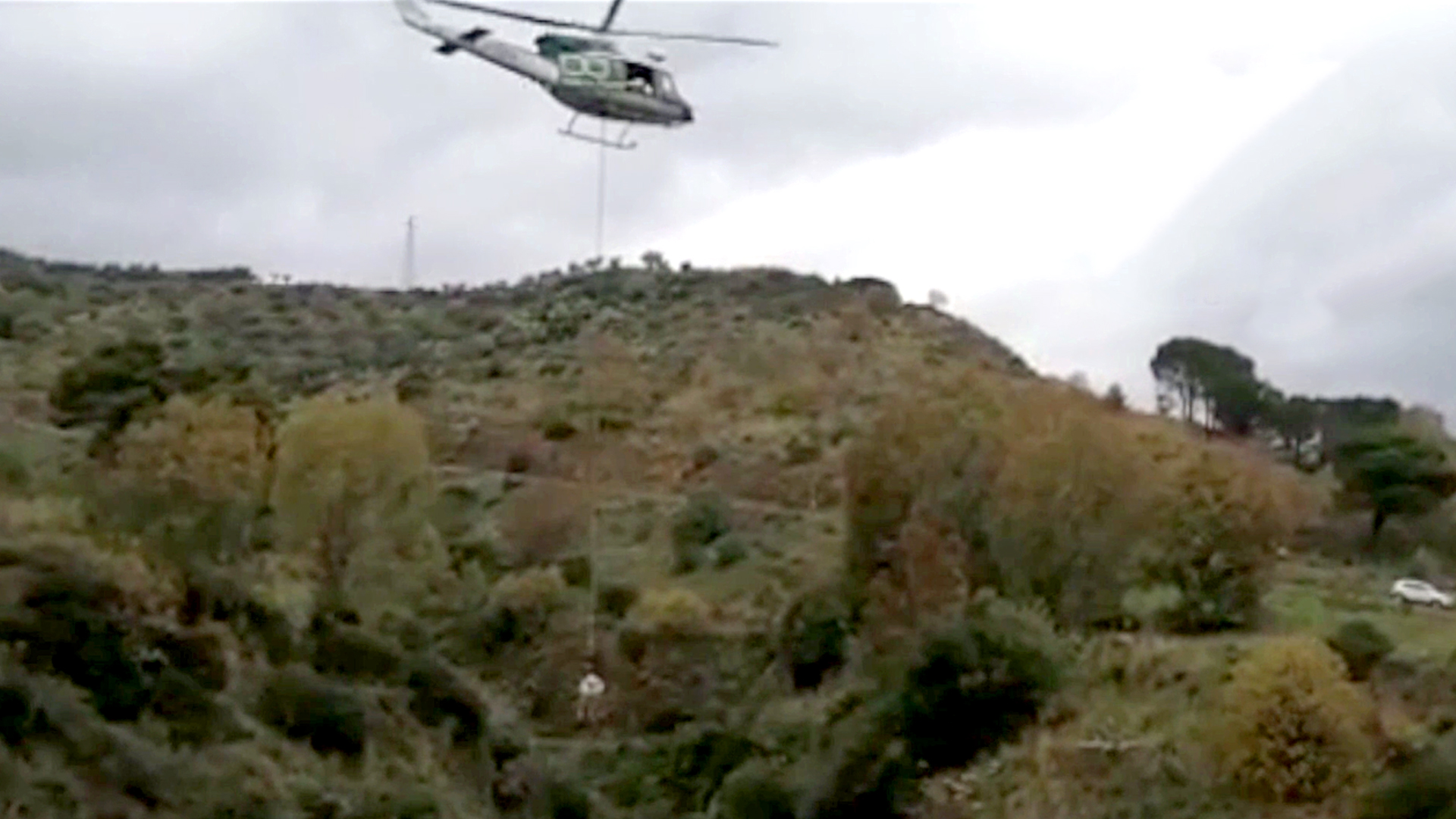 A horse was rescued with the help of a helicopter, after sliding 40 meters in a deep cliff in Staletti, Italy. (vigilfuoco.tv/Clipzilla)

The horse had already spent the entire night in a ditch.

It contains the Isthmus of Catanzaro between Sant’Eufemia and the Gulf of Squillace. It borders the provinces of Crotone (formed from it in 1996), Cosenza, Reggio Calabria, and Vibo Valentia. It also borders the Ionian and Tyrrhenian seas to the east and west, respectively.

A team of firefighters responded to the scene right at the beginning of the animal’s ordeal and descended the steep rocky mountainside to reach the troubled horse. The animal was reportedly frightened, but luckily it was not injured.

The process of getting the horse back out from the ditch required the assistance of a helicopter, which due to the bad weather conditions, was not able to get involved straight away.

Consequently, the horse had to spend the night there before he was finally rescued in another rescue mission organized the following day when the weather had stabilized.

Once the horse was sedated correctly and secured with the lifting ropes, it was lifted by the helicopter and transported back to safety.

The whole operation had to be done extremely carefully to avoid the animal suffering any injuries.

The horse was then reunited back with its owners.

As per the reports of the local media, the troubled horse was a female named Stella, who found herself down the steep slope in an attempt to escape some wild boars (also known as wild pigs) that reportedly attacked her in the area where she was grazing.

“In 2016, there were 96 reported horse rider casualties of all severities on public highways. There were no fatalities. There were 27 seriously injured casualties.” says an article from “Road Safety Research Synthesis.”

A veterinarian performed a medical check-up on Stella and confirmed that she was in good health. He said the main intention was to prevent the horse from experiencing dehydration.

In the paper titled horse-related injuries: Causes, preventability, and where educational efforts should be focused, it has been said that Horse-related injuries have the highest likelihood of requiring hospitalization based on individuals visiting US emergency departments. Studies have shown that most injured riders said they could have prevented the accident, and the injury was due to rider/handler error.

Therefore, equestrians reported their injuries. A panel of experts analyzed these reports to understand the causes better, prevent them, and invest educational resources to generate a reduction in horse-related accidents.