VIDEO: Razorblade ‘Wife Beater’ Cut Down To Size With Taser And Beanbag Shotgun

Fleeing suspect was shot, shocked and gassed while he refused to give himself up.
By Darko Manevski March 27, 2021
Facebook
Twitter
Linkedin
Email 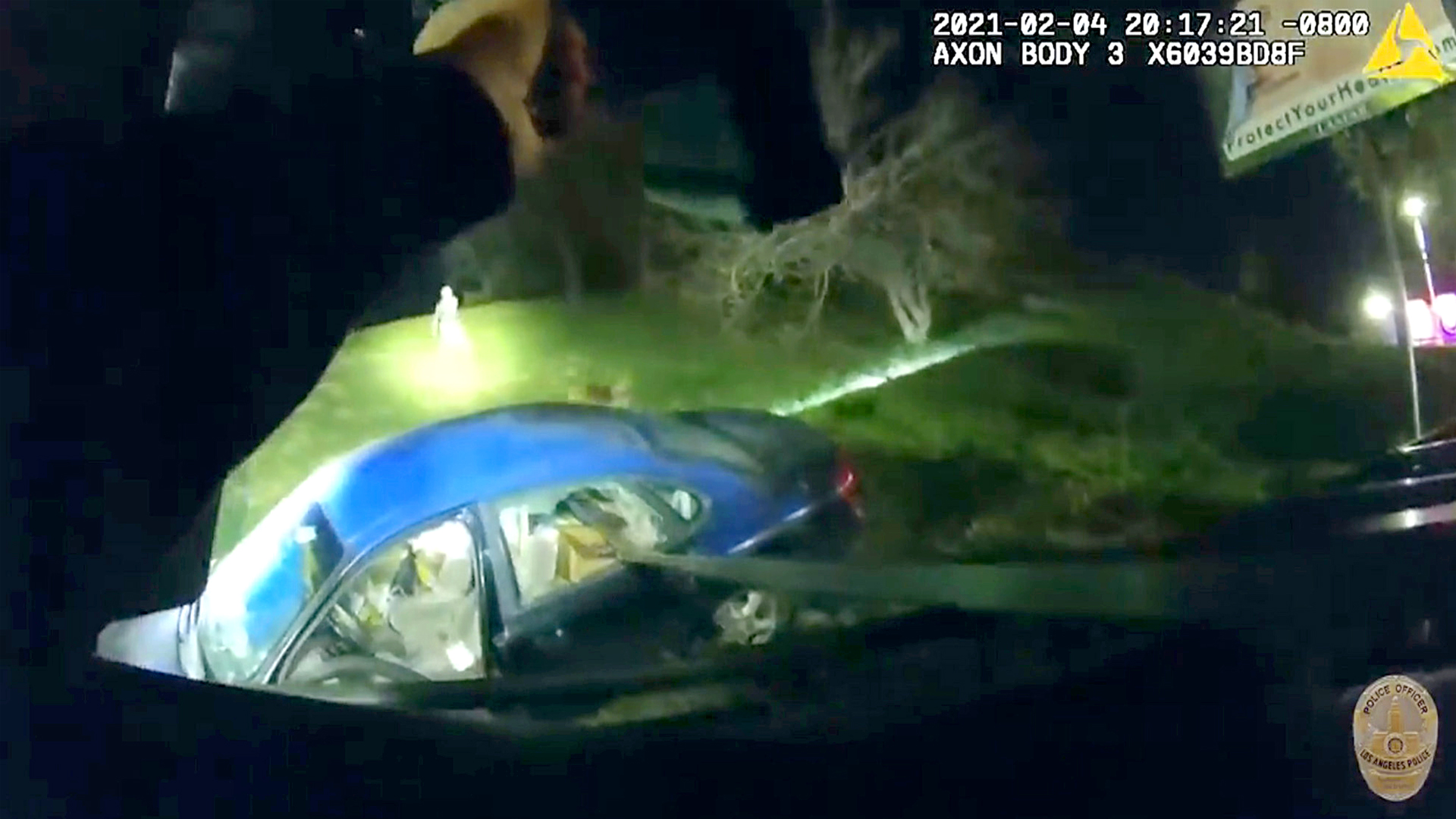 LOS ANGELES — An investigation is launched into the incident in which officers used less lethal force to detain a fleeing suspect who sustained multiple injures; as a result, classifying the case as a Law Enforcement Related Injury (LERI).

Officers from the Topanga Patrol Division were engaged in a vehicle pursuit of a domestic violence suspect, identified as William Wolcott, 37, in Los Angeles, California, on Feb. 4.

“The pursuit ended at Ventura Blvd and Woodlake Ave, but the suspect refused to exit his vehicle resulting in a barricade situation,” the Los Angeles Police Department wrote in a press release. “The Department’s Special Weapons and Tactics (SWAT) and K-9 personnel were requested to assist by the Incident Commander.”

The police asked Special Weapons and Tactics and K-9 police dogs to assist officers on the scene. After the Crisis Negotiation Team’s unsuccessful attempts to get the suspect to surrender, the SWAT team deployed less-lethal ammunition to break the vehicle windows and deployed OC vapor gas inside them.

“The suspect exited and fled on foot, resulting in the use of several less-lethal impact munitions against the suspect, including the deployment of a TASER,” the statement said.

He was then apprehended and arrested with the help of a K-9 Unit canine.

A supervisor assigned to Topanga Division initiated a Non-Categorical Use of Force investigation. The suspect was transported to a local hospital for medical treatment. A few hours later, the attending physician indicated that the suspect would be admitted for an injury sustained during the deployment of the less-lethal munitions.

The police department immediately initiated an investigation into the incident.

He was arrested and booked into jail. He was charged with Felony Evading, Brandishing a Weapon, Assault With a Deadly Weapon, and Violation of a court order, on Feb 8.

After the incident, the Force Inquiry Division was alerted. A Law Enforcement Related Injury (LERI) investigation was also launched regarding the officers’ use of force against the suspect, which the Force Investigation Division took over.

Consequently, the Los Angeles Police Department released body-worn-camera footage of the incident as the investigation further unfolds. No conclusions about the legality of the LERI have been made yet.Victims of firearm-related injuries or Law Enforcement Related Injuries are more likely to be males, blacks, or Hispanics. In the 18-39 age group, as per a study on pattern of law-enforcement related injuries in the United States.