VIDEO: Puppy Fat: Roly-Poly Raccoon Put On Diet After Getting A Taste For Dog Food

Adorable Lisa is on fruit and nuts after feasts of puppy meals, milk and snacks left her double her normal weight.
By Feza Uzay March 27, 2021
Facebook
Twitter
Linkedin
Email 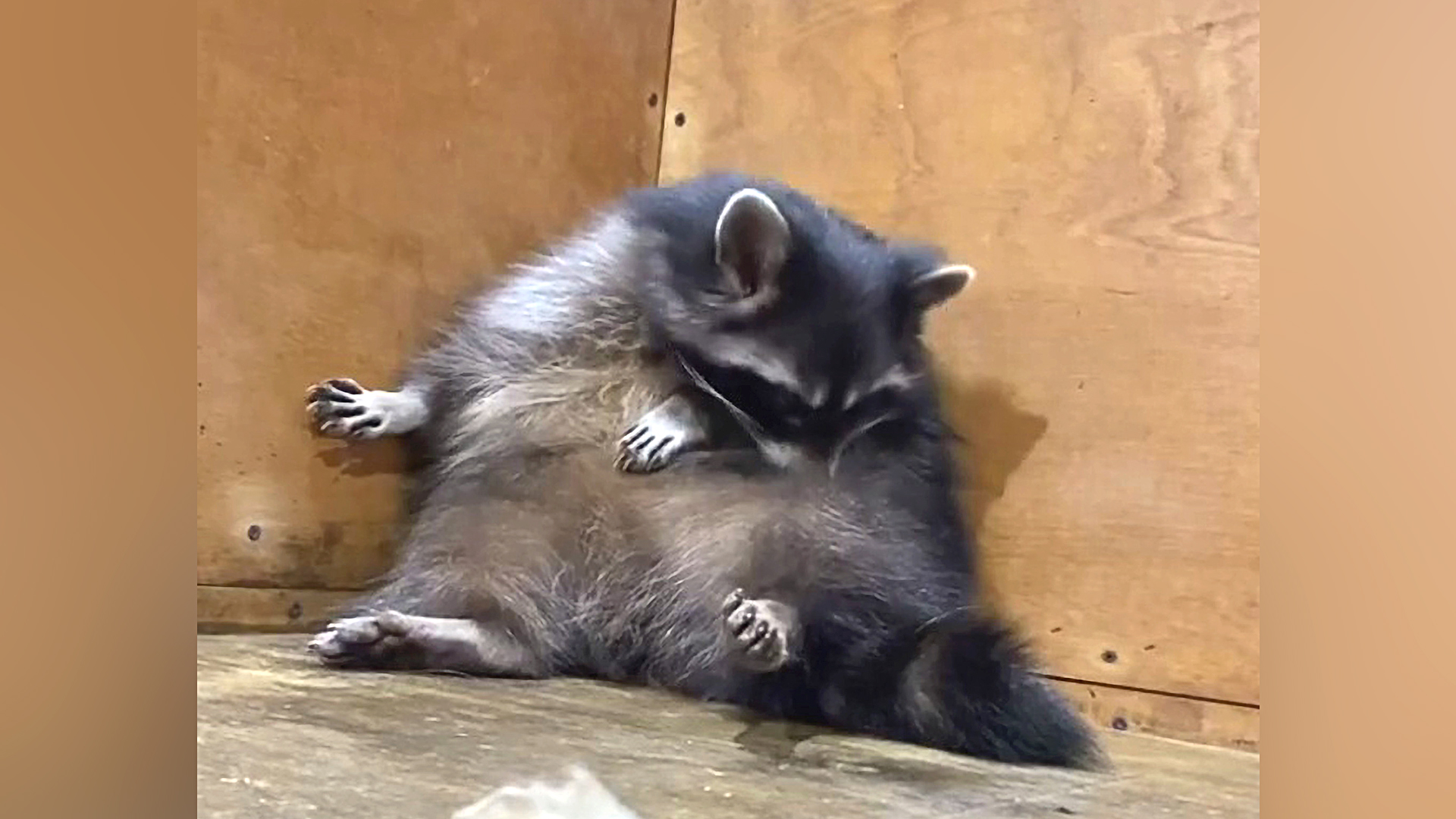 Lisa was placed on a strict diet after weighing almost twice her recommended weight. (enotimenovosibirsk/Newsflash)

NOVOSIBIRSK, Russia — The caretakers of the raccoon cafe fed a leaf to an adorable obese raccoon who needed a strict diet after weighing almost twice her recommended weight.

The raccoon was used to eating her favorite puppy food.

The three-year-old raccoon named Lisa was filmed at a raccoon cafe in Novosibirsk in the Russian federal subject of Novosibirsk Oblast.

Raccoon cafes are places where people get to pet and hold raccoons that they usually see only in the wild. Even though they are called ‘cafes,’ there is typically no coffee or cake offered to them.

One video shows the sleepy raccoon waking up from a nap. She is handed a plastic bottle, which appears to contain milk, which she embraces while yawning as the footage ends.

Another shows the obese raccoon struggling to groom herself while lying on her back, showing her big belly and legs. A final video shows Lisa gleefully eating plants alongside other raccoons.

Lisa’s primary caretaker Zamira Kozlovskikh said her species should not weigh much more than 8 kilograms (17 lbs). Still, Lisa currently weighs in at 14 kilograms (31 lbs), sometimes making it difficult for her to move.

“Lisa has a poorly developed sense of satiety. Generally speaking, she will eat as long as there is a bowl in front of her,” said Kozlovskikh, “Besides, raccoons may have different taste preferences. I gave her puppy food, which is fatter in composition than for adult dogs, and Lisa liked them very much. That’s how it all started.”

From there, Lisa quickly gained six pounds. She even got to weighing around 15.5 kilograms (34 lbs) at one point, which is nearly double her recommended weight.

However, Kozlovskikh said that the raccoons naturally lose weight in the springtime. Lisa has already shed 1.5 kilograms (3 lbs), which is probably also thanks to her caretakers putting her on a more plant-based and strict diet.

She said they are optimistic Lisa will shed some weight. Still, domestic raccoons are typically rounder in complexion since they are usually quite well-fed.

The original habitats of the raccoon are deciduous and mixed forests. Their adaptability has extended their range to mountainous areas, coastal marshes, and urban areas, where some homeowners consider them to be pests. As a result of escapes and deliberate introductions in the mid-20th century, raccoons are now also distributed across many mainland Europe, the Caucasus, and Japan.