VIDEO: Polar Scare: Hungry Bear Frightened Off With Gunfire As It Heads For Children’s Playground 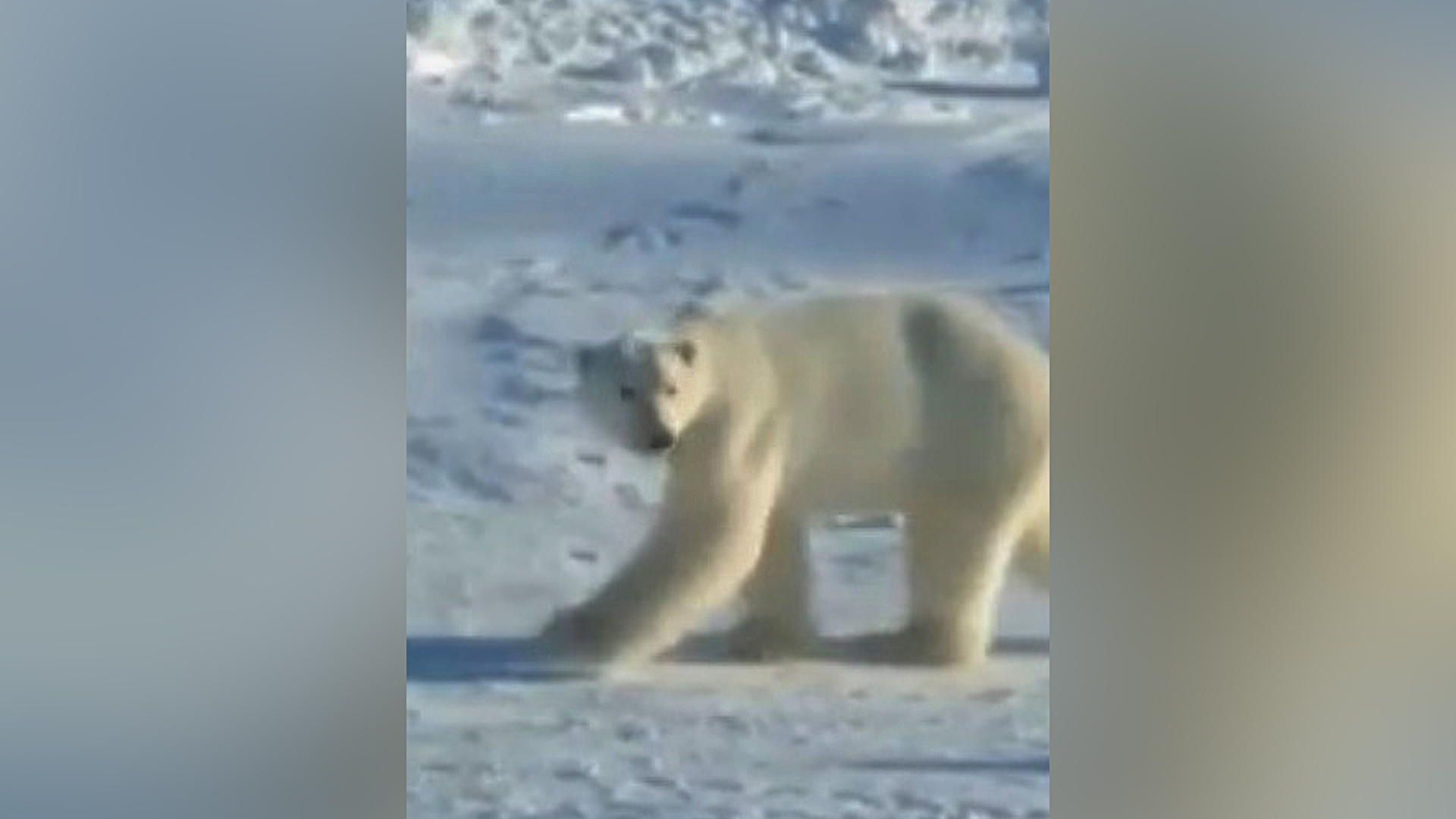 A polar bear walked next to a playground in the Arctic village of Dikson, Russia. (mvd_24/Newsflash)

DIKSON, Russia — A polar bear‘s walk next to a playground soon forced a cop to fire his rifle into the air to scare it away and keep it from going deeper into the village.

The footage was taken in the Arctic village of Dickson, which is one of Russia’s northernmost settlements in the federal subject of Krasnoyarsk Krai.

The video shows the large polar bear (Ursus maritimus) walking next to a children’s playground.

The bear calmly continues to make its way around a building as some locals watch on, and two dogs bark at it shortly before the video ends.

“A policeman was forced to take out his personal hunting rifle and fire shots into the air shortly after arriving at the scene,” said the local media.

He managed to scare the bear off and kept it from walking further into the village as he carefully guided it back out.

No villagers nor the bear were reported injured from the scary moment.

Experts reminded locals that the large predators do not consider human beings as prey. As a result, bear attacks only happen on rare occasions.

The polar bear is a hyper carnivorous bear whose native range lies largely within the Arctic Circle, encompassing the Arctic Ocean, its surrounding seas, and surrounding landmasses. It is the largest extant bear species, as well as the largest alive land carnivore.

In most cases, the predators tend to show more aggression when they are visited in their caves or approached when they have prey.

Female bears are also very aggressive when protecting their cubs. Polar Bears are listed as vulnerable according to the International Union for Conservation of Nature Red List of Threatened Species.

The largest bear in the world and the Arctic’s top predator, polar bears are a powerful symbol of the strength and endurance of the Arctic.

Considered talented swimmers, polar bears can sustain a pace of six miles per hour by paddling with their front paws and holding their hind legs flat like a rudder. They have a thick layer of body fat and a water-repellent coat that insulates them from the cold air and water.

Polar bears spend over 50 percent of their time hunting for food. A polar bear might catch only one or two out of 10 seals it hunts, depending on the time of year and other variables. Their diet mainly consists of ringed and bearded seals because they need large amounts of fat to survive.(Edited by Ritaban Misra and Vaibhav Vishwanath Pawar.)