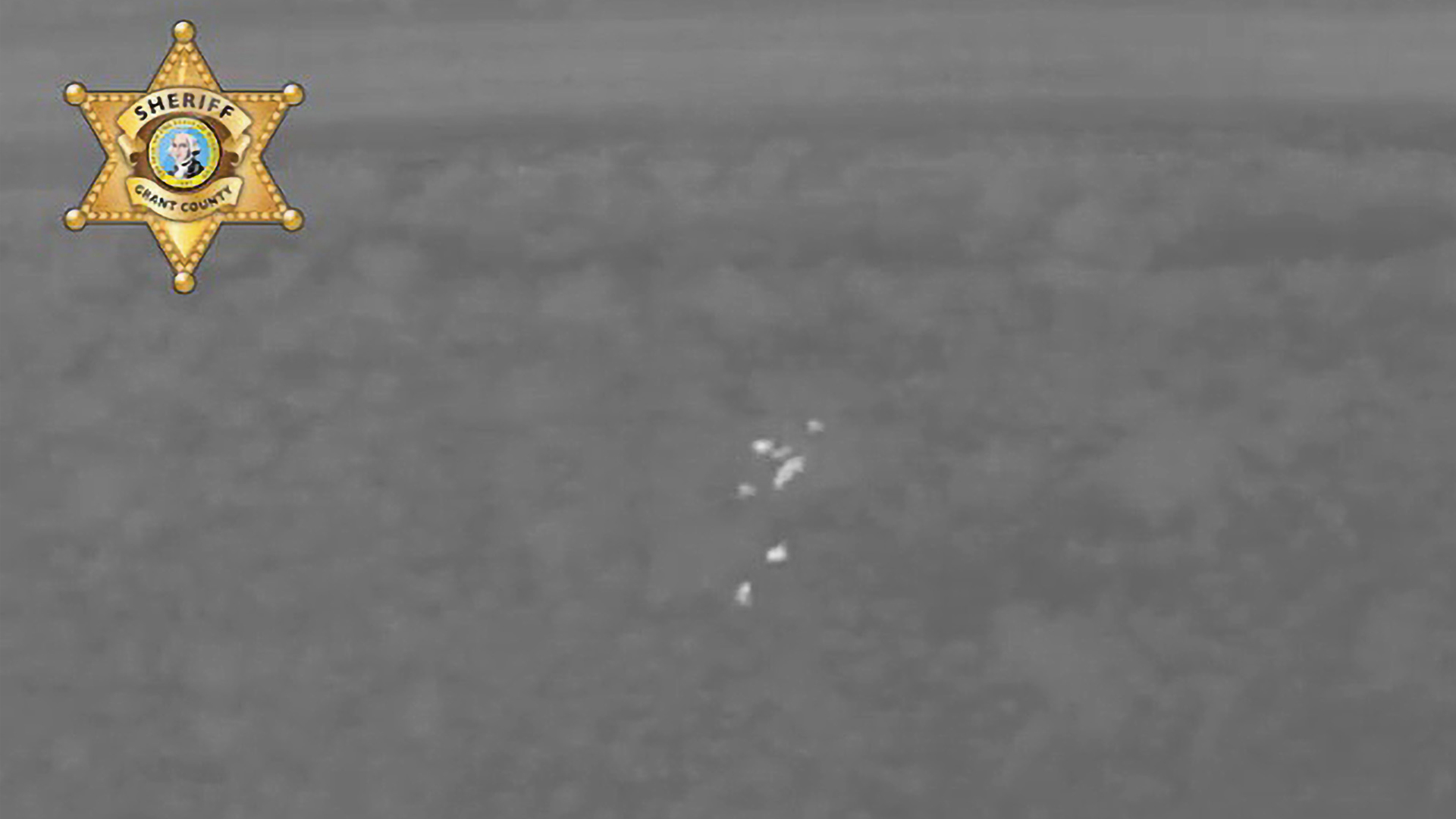 A 70-year-old Hartline man who wandered away from his home was found by volunteers from the Hartline and Almira fire departments. (GrantCoSheriff/Clipzilla)

GRANT COUNTY, Wash. — A 70-year-old man with dementia was rescued after a two-and-a-half-hour search through the woods when an infrared-camera-equipped drone spotted him from above lying in the sagebrush on March 22.

Police said the older man, whose name has not been released, left the family house on the 13000 Block of Road 45-Northeast around 1:30 AM when he headed towards an unknown direction.

The Grant County Sheriff’s Office drone was deployed after the Hartline and Almira Fire Department crews failed to locate the man during an extensive search on the ground.

“Personnel combed the area for about two-and-a-half-hours in temperatures which dipped into the mid-30s,” wrote Tom Jones, The Grant County Sheriff, in a Facebook post. “The drone, equipped with a forward-looking infrared camera, arrived later and picked up the lost man’s heat signature within eight minutes of being deployed.”

In the search duration, the temperatures reportedly dropped to 0 degrees Celsius (32 Fahrenheit), and the conditions were becoming more and more dangerous for the older man.

The drone pilot then directed the ground search crew to the missing man lying down in tall sagebrush.

“This absolutely made my heart warm,” wrote Jones. “Thank you, technology. Glad we located him.”

The man’s family expressed appreciation to the emergency responders who assisted in the search and recovery of their father, who was unharmed and safely returned home.

“I’m glad we have this resource, and I was impressed by how quickly the respondents responded when he was discovered. We are actually fortunate to have such caring officers in our law enforcement!” a Facebook user ‘Kim Thomas’ commented.

As per Federal Aviation Administration, Public Safety Agencies, such as Law Enforcement, are in the best position to deter, detect, and investigate unauthorized or unsafe UAS operations.

“While drones can serve as a useful tool, these agencies also have an important role in protecting the public from unsafe and unauthorized drone operations,” it said in a report. “This information will help law enforcement and public safety professionals understand safe drone operations and their authority.”Federal Aviation Regulations prohibit the unsafe or unauthorized operation of an aircraft, including drones. Unsafe operations may result in substantial civil penalties and possible action against an operator’s Federal Aviation Administration-issued certificate or subject to the criminal response by law enforcement per local laws and ordinances.

The Federal Aviation Administration is responsible for the safety of U.S. airspace. There are multiple options to fly A drone legally. However, if an operator chooses not to follow those requirements, he/she could face civil penalties and potential criminal prosecution.