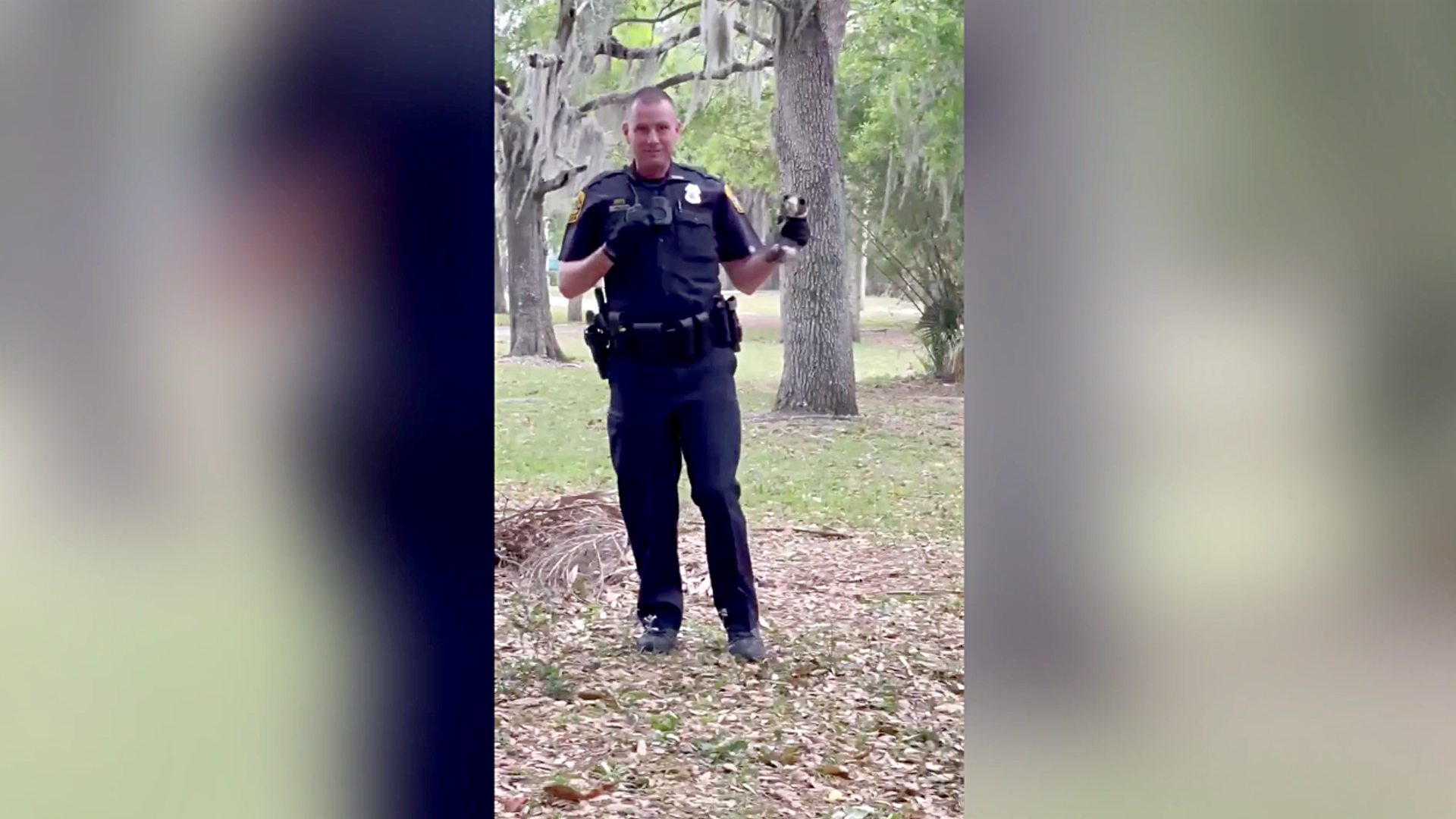 Officer Stockton from the Tampa Police Department caught an injured Guinea pig in the city of Tampa, in Florida. (TampaPD/Clipzilla)

TAMPA, Fla. — A police officer from Tampa Police Department was filmed ‘arresting’ a Guinea pig ‘suspect’ that desperately tried to hide under a pile of leaves.

The injured Guinea pig that the officer rescued was taken to the vet for treatment. The video shared on March 22 shows a park in Tampa, in the US state of Florida, and the Tampa Police Department.

Officer Stockton spotted the tiny fur-ball hiding among branches in the park and noticed the little fellow was injured, so he decided to rescue it.

The police department shared a video of the incident on their Facebook page. “Requesting backup. We have a very short four-legged fury suspect on the loose. Officer Stockton spotted an injured Guinea pig on the loose and captured it, and took it to an animal shelter for treatment. Something to make you smile as you end your day.”

In the short clip, the officer is seen going after the Guinea pig, who was seemingly scared and kept trying to hide under a pile of leaves.

However, after a few tries, officer Stockton was able to catch it. Officer took it to an animal shelter for treatment for its injury. It is not clear what kind of damage the cute animal suffered or how it got injured.

The video attracted a swarm of comments from animal lovers, praising the officer for his good deed.“Guinea Pig: I didn’t do it, see!? I know my rights; I’ll have your badge for this!” wrote Anthony Martino

“Thank you, officer. You are what good people are made of,” praised Marla Fair.

“Guinea pigs, also known as cavies, no longer exist in the wild,” states Animal Diversity. “Their domestication began around 5,000 BC, and because of their popularity as pets and food, they are now globally distributed. They are indigenous to South America, with fossil records extending as far back as 9,000 BC.”

Scientists believe that guinea pigs were domesticated from a now-extinct wild species that lived in northern and western South America. European colonization of South America led to their introduction as pets in Europe and ultimately, the world over.

Guinea pigs come under small mammals, which are generally kept as pets due to their small size. The other small animals in this category include mice, rats, hamsters, pygmy hedgehogs.

“Owning a small mammal can be a big responsibility, even though the animal itself may be tiny. If you decide that a small mammal is a right pet for you, you need to learn how to take care of it properly and be aware of diseases that it might carry. With routine veterinary care and some simple healthy habits, you are less likely to get sick from touching, petting, or owning a small mammal,” states the Centers for Disease Control and Prevention.