Traffickers' brand new submarine and half a ton of coke confiscated before it even made its maiden voyage.
By Ana Lacasa March 27, 2021
Facebook
Twitter
Linkedin
Email 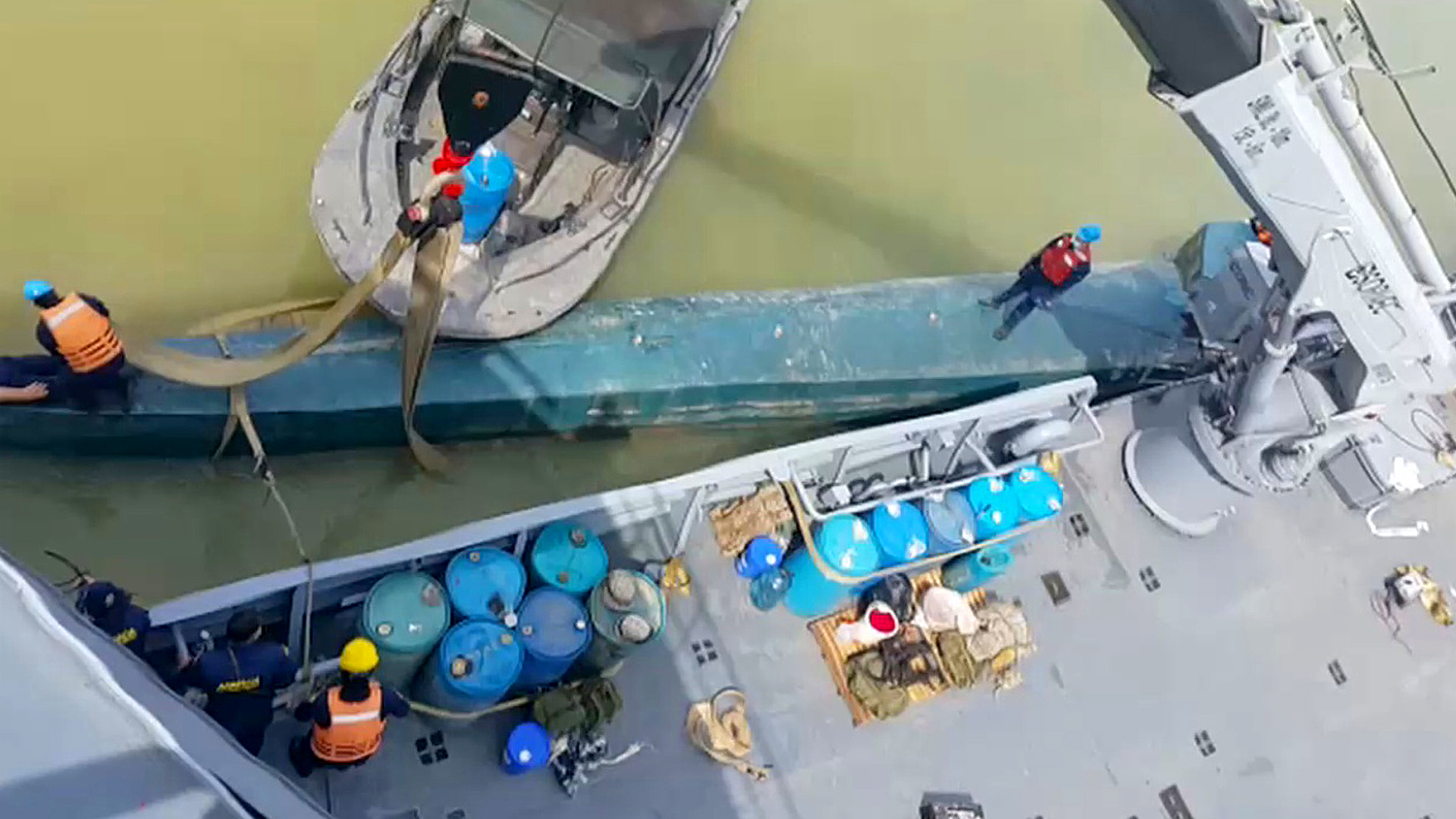 The narco submarine was seized by Colombian authorities in the river Micay. (Armada Colombia/Real Press)

LOPEZ, Colombia — The Colombian Army has seized a narcotics submarine stuffed with cocaine worth over $13 million in waters of the river Micay, between the western Colombian departments of Valle del Cauca and Cauca, with over 400 kilograms (880,000 pounds) of the drug already on board.

The narcotics submarine was in the final phase of construction, which costs between $500,000 to $1 million. It had a cargo capacity of around eight tonnes.

“The authorities found Fourteen packs of cocaine inside the narcotics submarine,” said Jose David Espitia Jimenez, Commander of the Army’s Force Against Drug Trafficking, Poseidon, in a press statement.

Jimenez also said that the vehicle “belongs to the Estructura 30 Rafael Aguilera gang, dissidents from the FARC terrorist group” and that it was going to the Mexican coast.

Authorities took the narcotics submarine to the municipality of Buenaventura for further investigation. Inside the vehicle, the officers found over 400 kilograms of a substance later confirmed to be cocaine, distributed into 14 different packs.

The Colombian Army said this was the ninth submarine seized by the authorities this year, but the first on its Pacific coast.

The authorities believe that the drug has a market value of about $13,500,000. They added that by seizing the submarine, they “avoided that more than 1 million people, especially young people, gain access to a dose of cocaine.”The authorities have reported no arrests so far, and the investigation is ongoing.

The President of Colombia, Ivan Duque, activated a program on Feb 26 with more than 7,800 people working to stop drug trafficking in Colombia.

“In the first nine months of 2019, the Colombian government had seized approximately 377.5 metric tons of pure cocaine and cocaine base, down from 455 metric tons seized a year earlier. Moreover, the Colombian authorities also manually eradicated over 63 thousand hectares coca crops that same year,” states a study on cocaine seizure volume.

European cocaine seizures increased rapidly between 1998 and 2006, peaking at some 121 tons. They have dropped off sharply since then, to some 53 tons in 2009, while at most, European demand has stabilized. There have been increases in seizures in South America. Still, the price of pure cocaine has not significantly increased in Europe, suggesting that traffickers have found new ways of evading law enforcement, as per a study on the Transatlantic Cocaine Market.“In the last decade, most (about 60%) of the cocaine seized was taken at sea or in ports. The Bolivarian Republic of Venezuela was the most prominent country of origin for direct cocaine shipments to Europe, with the cocaine coming mainly from Colombia,” the study states.

The study further states that “Colombian organized crime groups still dominate the trafficking of cocaine to Europe, domestic markets are often in the hands of traffickers of other nationalities.”

The nature and extent of cocaine trafficking are dependent on both the supply of cocaine and the demand for it. Simultaneously, almost all the cocaine produced globally comes from the Andean region, a mountainous region (Colombia, Peru, and the Plurinational State of Bolivia). Only the location of demand has shifted drastically in the last decade.