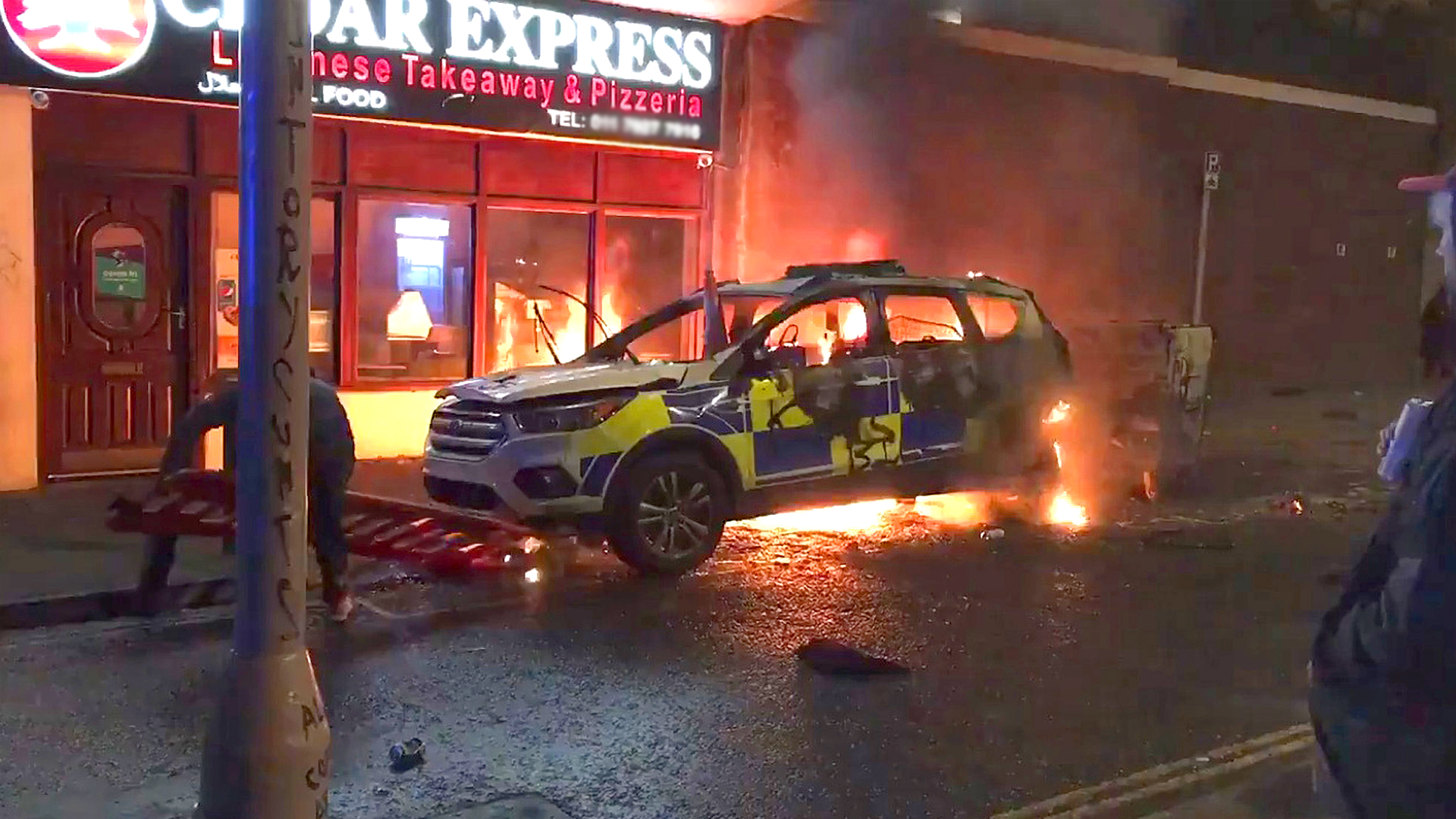 BRISTOL, England — A video has surfaced about the violent scenes during the March 21 night’s riot in Bristol in opposition to the Police, Crime, Sentencing, and Courts Bill.

The ‘Kill The Bill’ protests turned violent as a patrol car was burned down and two other police officers were hospitalized, one with broken ribs and another with a fractured arm.

“Unacceptable scenes in Bristol tonight,” said Priti Patel, Home Secretary, the United Kingdom, on Twitter. “Thuggery and disorder by a minority will never be tolerated. Our police officers put themselves in harm’s way to protect us all.”

The demonstration started with around 5,000 people gathering at College Green at around 2 pm. However, by 6 pm, several thousand had descended on Bridewell Police Station.

Protesters battled with riot cops outside the station after they tried to overturn a police van.

Activists also smashed a window with a skateboard, and some protesters climbed on the station roof where they threw objects down at police officers defending the building.

The controversial Police, Crime, Sentencing and Courts Bill is currently at the Committee stage in the House of Lords.“Let’s be clear, the wanton violence and destruction had nothing to do with protest — it was committed by those looking for an excuse to commit disorder,” said Andy Marsh, Chief Constable, in a statement.

“The scenes we witnessed yesterday were shameful, and I know will be condemned by the whole city. Twenty of our brave officers suffered various injuries — including two who suffered more serious injuries which needed hospital treatment.”

“I was at a Bristol station last night and can tell you the feeling of anguish was felt by all our officers and staff at seeing colleagues injured while on the frontline.”

Proposals include allowing judges to give whole life orders for the premeditated murder of minors, life sentences for drivers who kill while behind the wheel, and 10-year sentences for criminal damage to a memorial.

Protesters believe it restricts people’s right to protest, such as setting noise and time limits on protests no matter how many people are there or whether demonstrations are peaceful or not.

Overnight seven arrests were made — six for violent disorder and one for possession of an offensive weapon — and a full investigation is now underway.

A total of 20 officers were assaulted or injured, and two of them were taken to hospital after suffering broken bones. One of them also suffered a punctured lung.

«Previous Post
VIDEO: Fleeing Suspect Arrested After Abandoning Stolen Vehicle And Casually Walking Away On Foot»Next Post
VIDEO: Is Someone Taking The Piece? Man Does World’s Biggest Jigsaw Only To Find Last Bit Is Missing