Her grandmother put her on display to raise cash to meet ends.
By Feza Uzay March 27, 2021
Facebook
Twitter
Linkedin
Email 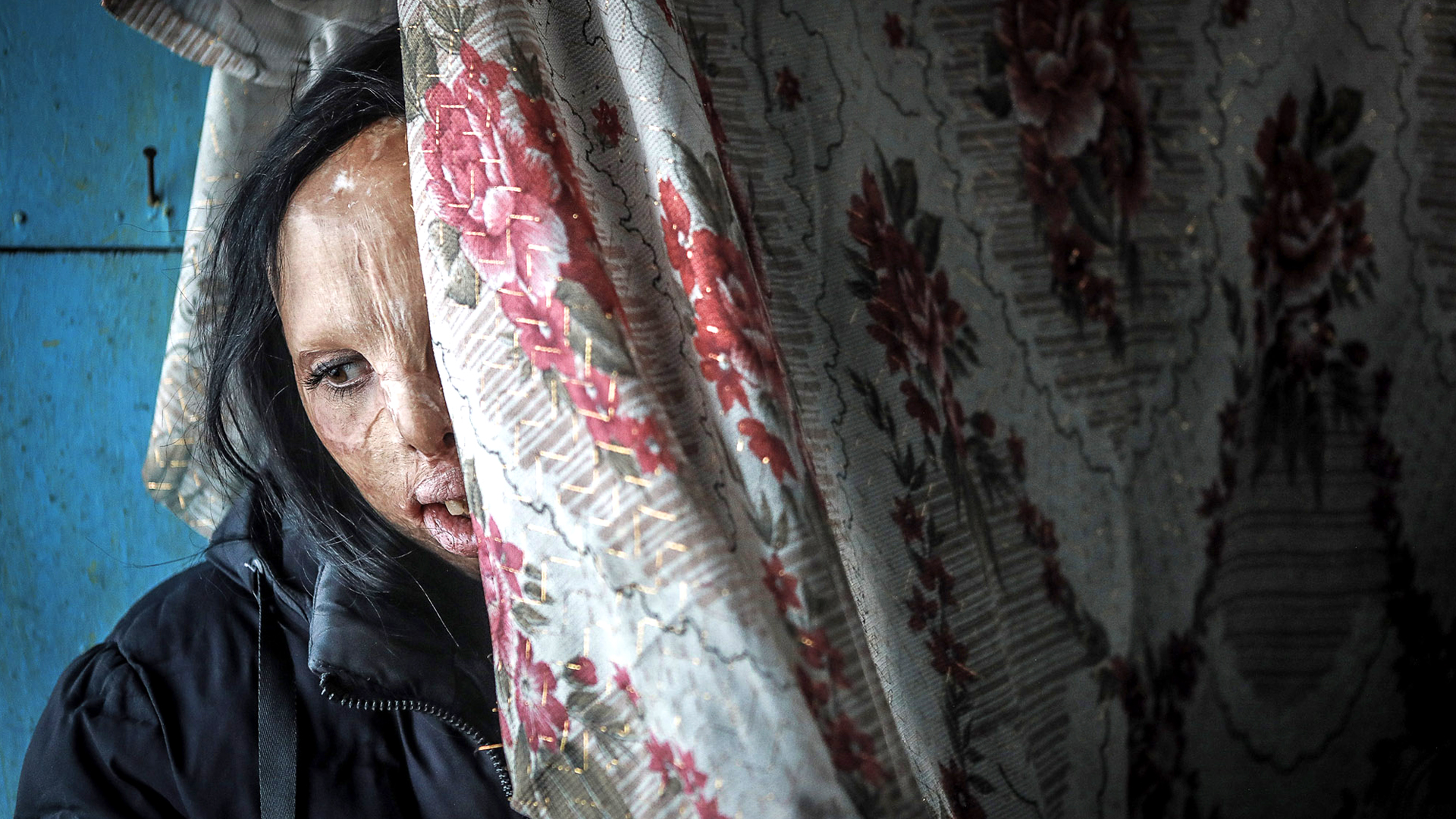 Anya Boldyreva, 30, from the small village of Zhuravka in Russia suffered severe burns to her face when a fire broke out at home. (pavelvolkovphoto/Newsflash)

VORONEZH, Russia — A Russian woman who badly burned her face when she was seven-months-old in a house blaze is once again building her life.

Today, she is married and a mother to a daughter.

Anya Boldyreva, 30, from the small village of Zhuravka in the Russian region of Voronezh, was put on display for her burnt face by her grandmother when she was young to raise cash. The grandmother was unable to meet her needs.

Horrifically scarred, Boldyreva was sent to an orphanage and spent several years there until her grandparents came and took her to live with them.

“My grandparents took good care of me; living with them was good,” she told Zenger.

But she said the family was impoverished and had to look for other options for their needs. “My grandmother and I always traveled around cities, and she showed my burned face to people for cash. This was our only way of making money back then.”

Boldyreva admitted she was very conscious of her appearance and once even tried to kill herself.

“While I was waiting at a train station with my grandmother one day, I saw another girl with a burned face like mine. We talked, and I asked her how she got her injuries. The girl was electrocuted. To me, her face looked worse than mine. That day, I realized I was not alone,” she said.

She also dreamed of undergoing plastic surgery but had no financial means to consider it realistically.

A few years later, Boldyreva got married and tried to start again, but her first husband left her after discovering she was pregnant. She then gave birth to a daughter.

“My daughter’s name is Dasha, and she is 11 years old. She is used to my face,” Boldyreva said.

She says she was lucky enough to have met Alexey, her common-law husband. Alexey is a farmworker. She said that although the family hardly has enough money for food and clothes, they have each other.

Bad luck struck again when another house blaze hit their poor home. Though this time, she and her family escaped unscathed. An electrical fault caused the fire, and they lost most of their personal belongings.

She has, however, remained upbeat and sees this as a sign that she needs to move on further with her life and begin fulfilling some of her dreams.“I will soon go for a free operation in Moscow, but I need money for rehabilitation. A TV show promised to help me get a visa to go to the U.S. and have an operation there, but it never happened,” she said.

“I didn’t study or work. I didn’t even get a job. I have accepted I will never be chosen for any jobs because of my appearance.”

The family is looking for a new home in a larger town or city where they hope to turn their fortunes around.