New study can tell the weight, age and height of ancients who left hundreds of footprints up to 19,000 years years ago.
By Ana Lacasa March 27, 2021
Facebook
Twitter
Linkedin
Email 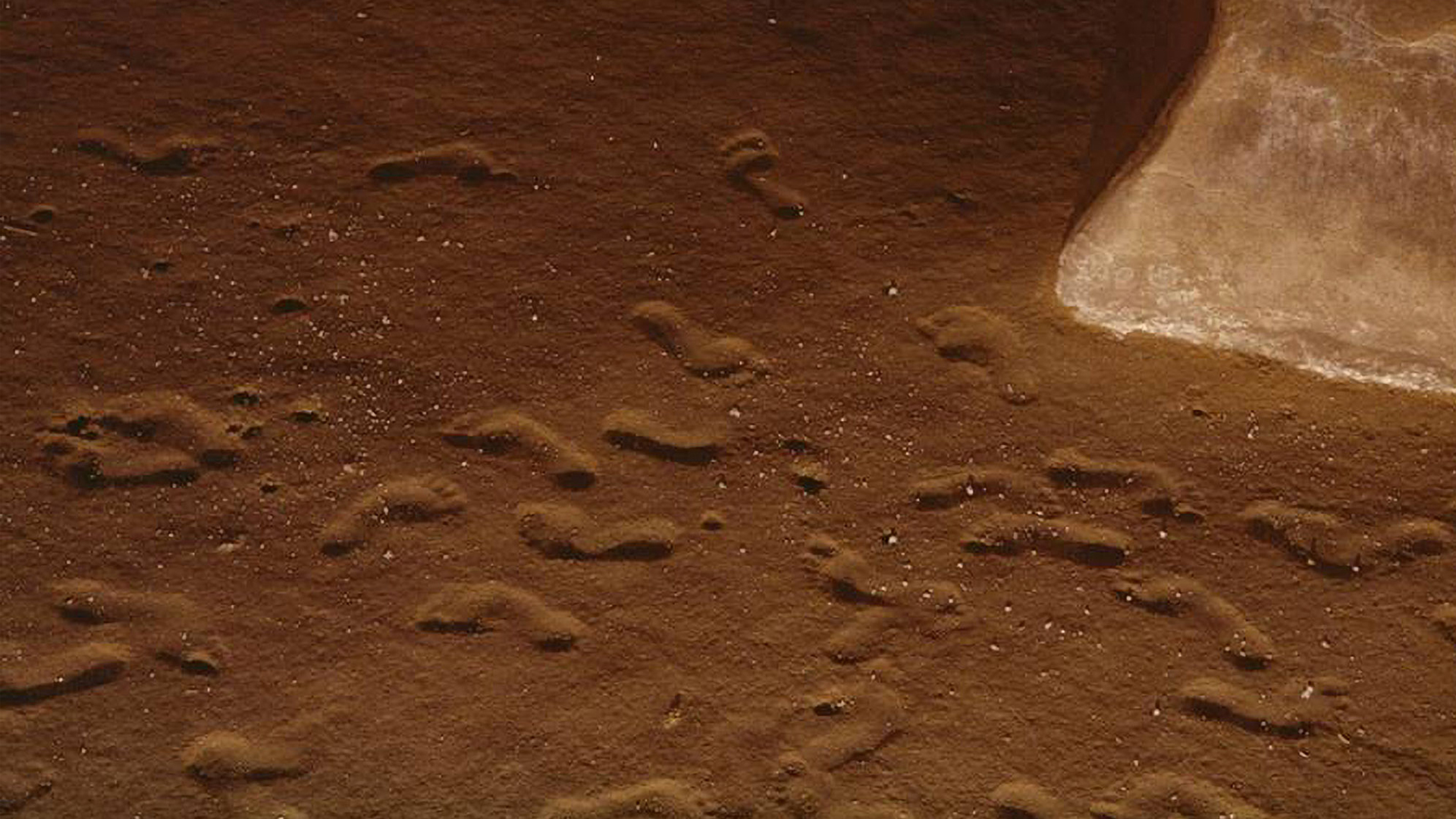 BURGOS, Spain — Archeologists might have cracked the mystery behind the 1,200 barefoot human footprints preserved in wet clay for more than 4,500 years.

As per a statement released by Spain’s National Research Center for Human Evolution (CENIEH), a team of researchers has been able to use digital photography, and 3-D scans to study a collection of footprints discovered the main gallery deep inside northern Spain’s Palomera Cave in 1969. The use of new technology has allowed researchers to explore more than 1,200 impressions without damaging them.

“The speleologists were surprised when they saw so many footprints, and when they realized that they were barefoot, they thought that there might have been other, older prehistoric speleologists who had explored the cave before,” said Dr. Ana Isabel Ortega, 61, an archeologist at the National Centre of Investigation into Human Evolution and the Atapuerca Foundation.

In 1969, a group of speleologists belonging to the Edelweiss group — one of Spain’s oldest speleologist organizations — went into the Palomera cave, which is located in the karst complex of Ojo Guarana, in the municipality of Merindad de Sotoscueva, in the northern Spanish province of Burgos.

It is a labyrinthine maze of galleries and caves. About 1,200 meters (4,000 feet) into the cave, considered the largest of Spain and one of the largest in the world and made up of six distinct levels and more than 100 kilometers (62 miles) of underground galleries, the explorers found two galleries with barefoot human footprints on the ground.

“The speleologists were aware of the importance of this discovery and went back on their steps to avoid destroying more footprints,” said Dr. Ortega.

These footprints are very delicate as they were done in wet, soft clay, and they can be easily damaged.So the speleologists called the authorities, who decided to protect the two galleries with the footprints, building a kind of corridor that avoided them so that people could investigate them properly without risking damaging them.

The expert explained that the first attempts to investigate the footprints took place in the 1970s. Still, while making replicas of the prints using plaster, “they realized that they were also removing part of the surface when peeling off the plaster,” so they decided to stop doing it.

It was not until 2012 that technological advances allowed the experts to create models of the footprints without damaging them.

The archaeologists used a 3D scanner and recorded models of the footprints. They are investigating them as there are 1,200 footprints located in galleries, which have been renamed, since the discovery, the Gallery of Footprints.“Thanks to the 3D scans and the digital photography, in combination with GIS techniques, we have managed to identify more than 1,200 footprints at the site,” said Ortega.

While scanning all the footprints only took a day, processing the data is by far more complicated, as every detail about every impression needs to be evaluated individually.

The research also included Carbon 14 tests – also known as radiocarbon dating, a technique used to date various objects – on the remains of torches found in the cave and on the way to the Gallery of Footprints.Six of the samples match the route taken by the cave’s early explorers, between 4,200 and 4,500 years ago, so it is believed that the footprints are also that old, which would put them in the Chalcolithic era – also known as the Copper Age.

In other parts of caves and karst complex, the experts have also found samples that date back between 6,200 and 6,600 years, from the Neolithic era, and three examples from between 7,700 and 7,800 years, during the Mesolithic era. The oldest sample they have found is 19,000 years old, from the Upper Palaeolithic period.

The experts determined that more footprints are depending on the location inside the cave. While in the lateral part, near the wall, the impressions are more loose-fitting, in the center, they were found to be spaced more closely together, which makes it more challenging to study them and determine which one belongs to which individual.

So the researchers decided to focus on the lateral footprints and studied 39 of them and their seven tracks.

Footprints belong to a group of 10 and 11 individuals, probably men, because of physiognomy information revealed thanks to research into the prints that harnessed the new technology.

Now the experts are attempting to determine what these people were doing in the cave and its purpose.

“I believe it was a party of explorers who went in to find out whether they could turn it into a place to do cave paintings or other rituals, but they did not like what they saw,” said Dr. Ortega.

“They might be some of the first explorers,” she added. “Maybe the desire to discover the unknown is in our DNA, and we have always had it. In the Prehistoric world, the territory was everything, not only outdoor territory but also indoor territory.”

Dr. Ortega said that the humans who lived during the Chalcolithic era were some of the first farmers in history. They already had decorations on their clothes and hierarchies in society.

“The Dirección General de Patrimonio Cultural of the Junta de Castilla y León is funding the research conducted over recent years through different agreements with the Fundación Atapuerca” as per the press statement.

The investigations into the cave and the footprints are ongoing.