Indian Actors Get A Bigger Play In Hollywood

Color-blind casting is becoming a reality, but actors hope for authentic representation. 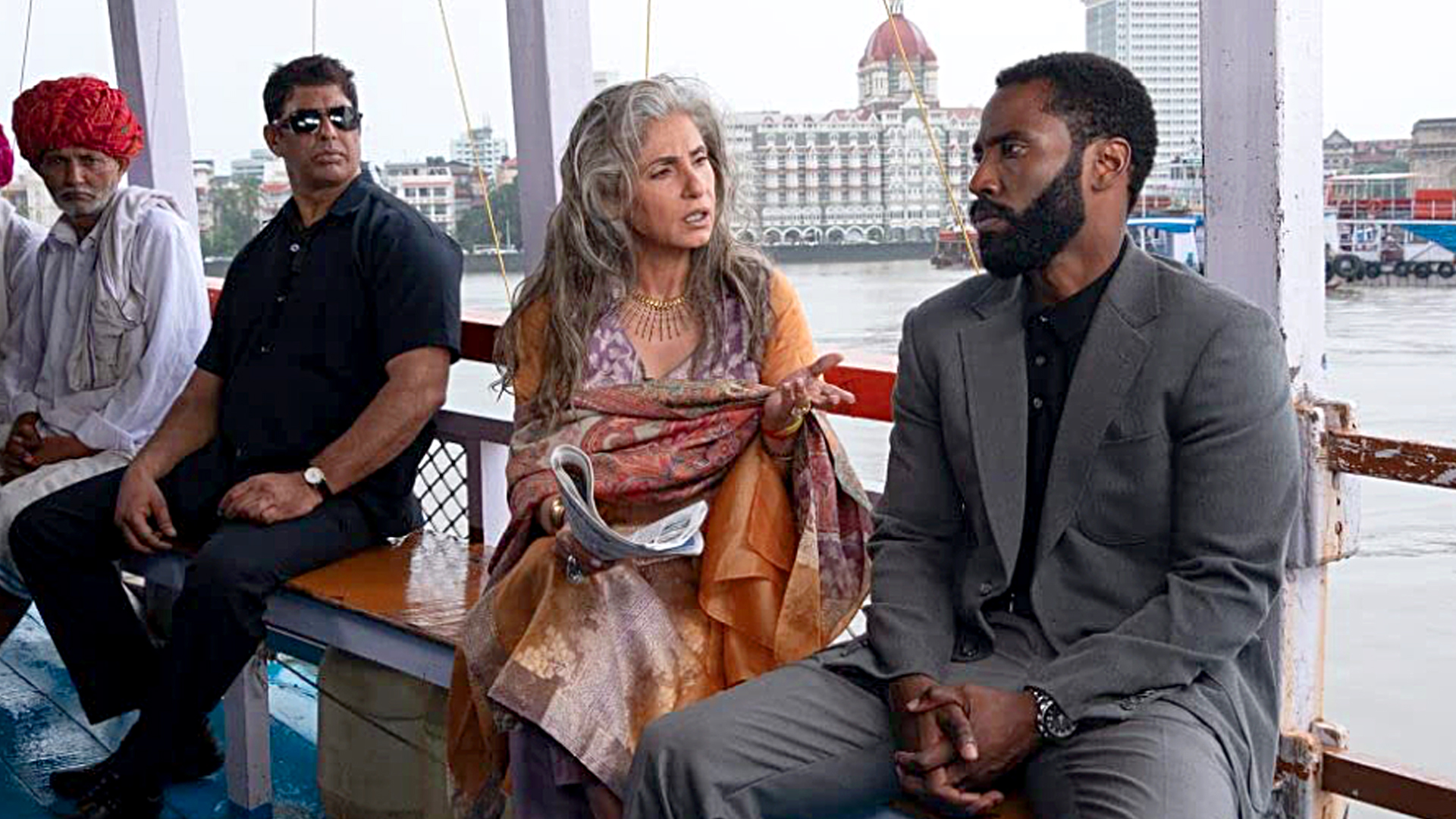 A shot from the movie Tenet. (IMDb)

NEW DELHI — Indian actors and narratives are slowly, but steadily bringing in a shade of diversity in Hollywood, an industry often deemed “too white”, through multiple projects.

It won’t be wrong to say this change is picking up the pace by a margin if one goes by the spate of announcements made in the past few months.

British-Indian actor Dev Patel, who became a breakout star with the epochal, Oscar-winning “Slumdog Millionaire”, has roped in two Indian actors for his directorial debut “Monkey Man”. Both artists — Sobhita Dhulipala of “Made In Heaven” fame and Sikander Kher from the 2019 movie “The Zoya Factor” — are making their international foray with the India-set project.

“It is a wonderful feeling to belong in a variety of worlds as though they were all your own,” Dhulipala told Zenger News.

“It is joyous to collaborate with people from varied cultural backgrounds and take note of their unique aesthetics that are born from their life experiences. There is an energy to a fusion of any kind, it can free you and grow you,” said the actor, who shot for the film in Indonesia.

Actor-comedian Vir Das, who debuted on American television with “Whiskey Cavalier” and has three Netflix specials to his credit already, has landed his maiden Hollywood role in filmmaker Judd Apatow’s directorial venture “The Bubble”. 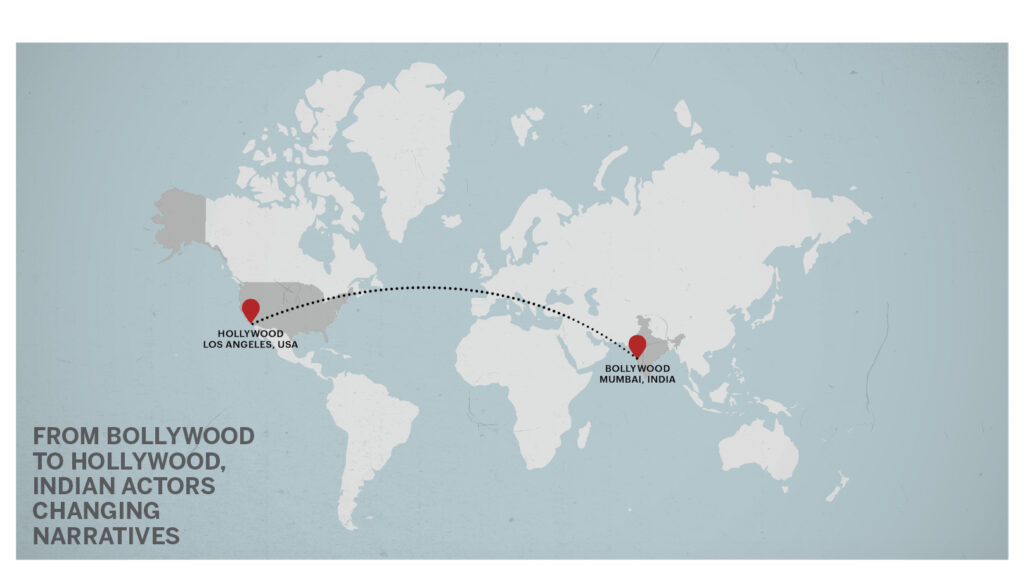 “Very excited to be a part of this mega comedy project”, Das has guaranteed “something special” is in the making.

India’s southern star Dhanush, whose maiden international project was “The Extraordinary Journey of the Fakir”, is in Russo Brothers’ “The Gray Man”. The movie also features the likes of Ryan Gosling, Chris Evans, and Wagner Moura.

“Looking forward to being a part of this wonderful action-packed experience,” Dhanush tweeted.

The Russo brothers — Joe and Anthony — were even behind Chris Hemsworth’s “Extraction“, which not just explored the story of an Indian drug lord’s kidnapped son, but also featured Indian actors Rudhraksh Jaiswal, Randeep Hooda, and Pankaj Tripathi.

While the spy series is being shot in London, Chopra Jonas is also riding high on the success of her film “The White Tiger”, an India-set movie that has brought Indian actor Adarsh Gourav into the international spotlight.

The actress, since becoming the first South Asian to headline an American TV drama “Quantico” in 2015, was clear about her intention to widen the talent pool from India internationally and to break the stereotypes that actors from her part of the world were caught in on the big screen.

With “The White Tiger”, in which she has acted and also executive produced, Chopra Jonas is proud of how an all-Indian cast has pushed the narrative around diversity in mainstream Hollywood.

Gourav, who has landed a BAFTA nomination in the Leading Actor category for his role as a driver-turned-entrepreneur in the movie, is all for the growing diversity on screen.

“As the world is growing smaller thanks to streaming platforms, content is becoming increasingly diverse,” Gourav told Zenger News. “We see a lot more representation of Asians and African-Americans in films.”

For long, Indian actors and characters have been caught in stereotypes, be it around accent, food, dress, mysticism, or poverty.

Dhulipala considers casting beyond conventional stereotypes as not only essential for social progression but also a way for cinema to remain relevant in this era. But she believes there is still a long way to go in terms of “authentic representation”.

“Color-blind casting is now a reality, and it delights me to be an actor in such a time,” she said.

Ali Fazal, whom the international audiences have seen in “Fast & Furious 7” and “Victoria & Abdul”, shares screen space with Gal Gadot and Tom Bateman in Kenneth Branagh’s “Death On The Nile”. Actor Mohan Kapur is also out to make his mark in Hollywood with a part in the upcoming superhero web series “Ms. Marvel”.

On primetime, actors such as Nimrat Kaur and Suraj Sharma have made a mark with “Homeland”, while a slew of Indian origin actors has been making a splash on the U.S. entertainment scene.

According to Mumbai-based talent agent Purvi Lavingia Vats, who was the conduit in the casting of Indian actor Dimple Kapadia in Christopher Nolan’s “Tenet”, international filmmakers increasingly looking out for Indian actors for roles is a “matter of conscious diversity”.

“Everyone realizes that the roles and shows that are being cast need to look more like what the real world looks like,” Vats told Zenger News.

The briefs given to Vats are “normally open ethnicity, or specifically South Asian”.

Streaming platforms have played a strong part in making people aware of talent across the globe, according to Vats. “Many of the casting directors that I speak to watch a lot of foreign shows and films. They keep track of everyone.”

Udayan Baijal, who has worked closely on international productions such as “The Best Exotic Marigold Hotel”, “The Reluctant Fundamentalist”, “Zero Dark Thirty”, and “Tenet”, believes the growing interest of foreign filmmakers in casting Indian actors stems from multiple factors.

“Perhaps before Covid-19, one could simply attribute this to the desire for higher ticket sales in Indian theaters, together with the diaspora for international releases in India and abroad,” Baijal told Zenger News.

“One could now look at this with the lens of streaming platforms looking for more subscribers, though one would think the growth strategies for streaming in India are very much going local and regional.”

Indian producer and trade analyst Girish Johar believes having an actor from a certain part of the world also lends a marketing edge for the makers and a pull for the audience.

On their part, actors are looking to broaden their horizons and seek opportunities. “Some of India’s more talented stars have made deliberate moves to find representation abroad — through agents, managers, and lawyers,” Baijal said.

That indeed is true. In the recent past, Indian actors including Hrithik Roshan, Deepika Padukone, and Randeep Hooda have reportedly signed up with leading talent management agencies in the U.S. Chopra Jonas and Fazal are already associated with big agencies.

Even as more actors from India venture into Hollywood, the hope, Baijal believes, is that “the terrible stereotypes of the ’80s and ’90s will be rare”, given that series and films are evolving to be more representative of global realities by moving away from stereotypes of gender and ethnicity.