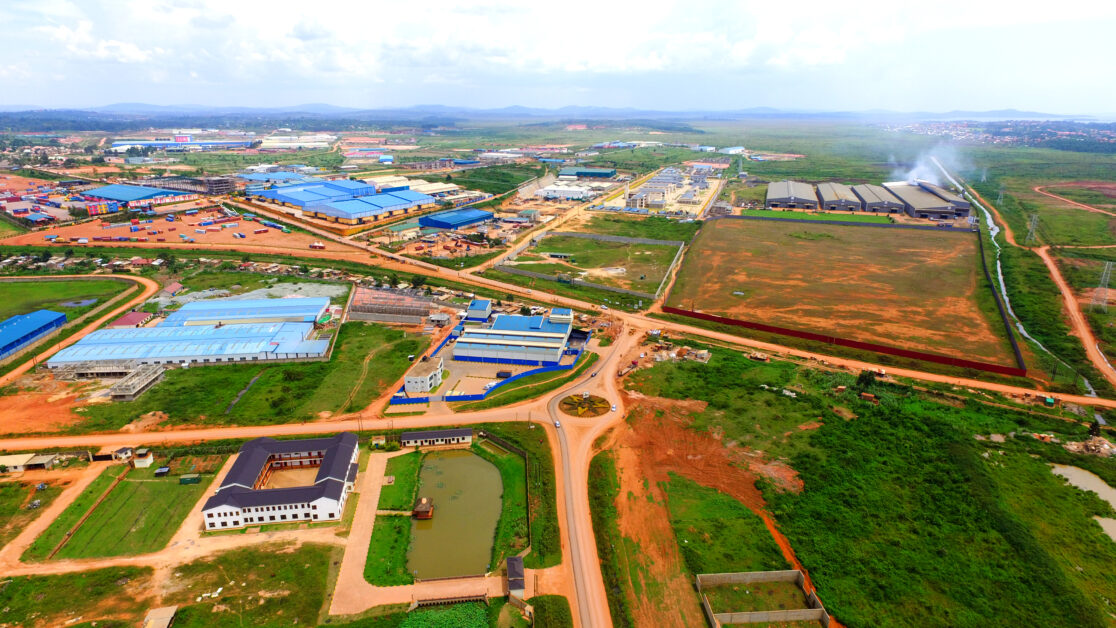 KAMPALA, Uganda — Rapidly disappearing wetlands are at the center of a controversial plan in Uganda to expand job opportunities — especially for young workers — by building a series of industrial parks.

Though the country has a National Environment Act, implemented in 1995 to manage and restrict use of wetlands, a new venture seeks to acquire hundreds of acres of wetlands to use as sites for industrial and business parks.

The Uganda Investment Authority is in the process of acquiring an additional 400 hectares (988 acres) of land to expand the Kampala Industrial and Business Park, popularly known as Namanve, is the country’s flagship business park. When it was created in 1997, it occupied 894 hectares (2,210 acres) of national eucalyptus forest.

The Kampala park is one of three government-owned industrial parks in the Kampala-Mukono region. The others are the Luzira and Bweyogerere industrial and business parks.

In an ongoing effort to raise revenue and provide more opportunities, the authority has a mandate to construct 27 industrial and business parks around the country to create jobs, ease accessibility of land for investment, introduce new research, technologies and skills development and boost Uganda’s exports.

The idea is to create jobs, especially for the country’s younger workers. Uganda has one of the youngest populations in the world, with 78 percent under the age of 30.

About 700,000 young people reach working age every year in Uganda. This is expected to rise to an average of a million in the decade from 2030-2040, and it is already creating a mismatch between labor demand and supply, a 2020 World Bank report states.

While unemployment is “negligible” at 3.2 percent for adults and 5.3 percent for youths, the World Bank report states, “the quality of jobs however, is low. Only one in five workers are in waged employment, although outside of agriculture, the share is about half in waged work.

“Most Ugandans (two-thirds) still work for themselves or for their families in agriculture. Among youth, three in five work in unpaid occupations, contributing to household enterprises, which are mostly farms.”

“The Kampala Industrial and Business Park is going to be the biggest industrial hub in Uganda, sitting on 2,600 hectares (6,425 acres) of land and is meant to draw in more investors in modern technology and innovation,” the authority’s director for industrial parks development, Hamza Galiwango, told Zenger News.

The government aims for the acreage to accommodate 500 companies with a total investment capacity of $3.5 trillion, contributing $540 million in taxes annually and creating 200,000 jobs for Ugandans.

To date, the industrial park’s consists of 2,210 acres allocated to 320 prospective investors for development in various sub-sectors, including agro processing, mineral processing, information and communication technology, logistics and freight, warehousing and general manufacturing.

The construction of 27 industrial and business parks was supposed to be completed this year, but plans have stalled, with 13 parcels in numerous districts lying idle. Among the fully completed operational industrial parks are Luzira, Mbale and Bweyogerere, which process grains and fortified foods and manufacture tents, among other products.

Such developments stand to decrease the amount of wetlands in Uganda, which are disappearing at an alarming rate due to settlement, agriculture and Industrialization., among other factors.

About, 570,000 hectares (1.4 million acres) of the country’s wetlands have been lost in the past 20 years. While a 2012 World Bank report noted that Uganda has been a leader in Africa in the conservation of such spaces, “the greater the access, the greater are the opportunities for degradation.”

“Threats come not only from the poor trying to derive livelihoods,” the report states. “They have also come from the more affluent farmers who have drained large tracts of wetlands for commercial operations such as dairy or rice farming. In urban areas, wetlands are targets for industrial developments, or unplanned human settlements. “

Masaba Herbert, a resident of the eastern part of the country where the Mbale industrial park is under construction, does not support allocating wetlands or forests to investors.

“There’s nothing much we hope from this idea of making many industrial parks. The people to learn from it are the Chinese and also the brass who are selling everything to foreigners,” Masaba said.

A number of industries threaten survival of wetlands due to polluted emissions and, according to some reports, are linked to temperature changes that affect such zones.

“There may be a challenge of development against environment conservation,” said Mugabe Nicholas, an assistant environment officer in Wakiso district. “However, industries founded in wetlands are issued with environmental impact assessment certificates with mitigation measures.”

Some of those measures include treating liquid waste before it’s discharged in any form. It’s thought that some industries ignore this measure due to the high cost of treating waste and weak compliance monitoring within the environment sector.

Despite such concerns, there are those who back the business parks’ ongoing expansion. Jonadabu Keki, the local council chairperson in Namanyonyi Sub County where the Mbale industrial park is under construction, anticipates that development will trigger a business boom in the area.

“Those who will come to study from here will bring in money, and our locals will tap that money through business and boost their household income as a result of this project,” said Jonadabu.

Mutambo Gerald, a resident of the same area, said the commercial park will enable low-income earners to provide their children with hands-on skills that may enable them to survive in business.