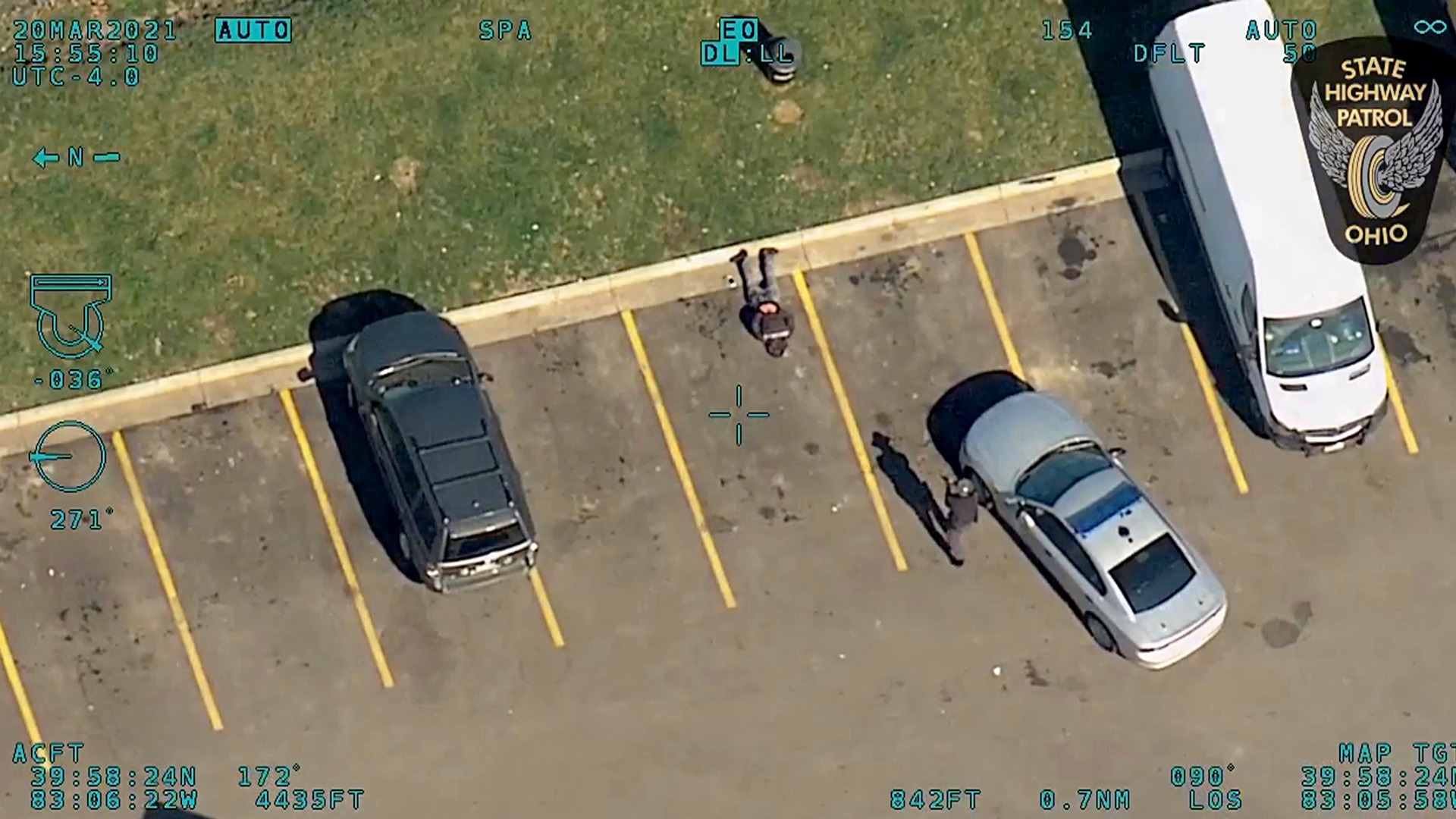 The suspect who tried to escape from the police was arrested in the city of Columbus. (OhioStateHighwayPatrol/Clipzilla)

CONTRA COSTA COUNTY, Calif. — A suspect fleeing from the police officers in California was arrested after he reached a dead end and started casually walking away on foot. The chase lead officers into a dangerous and lengthy pursuit through a busy highway in a stolen vehicle.

The pursuit took place on Interstate 80 in Contra Costa and Solano County, in California, on the night of March 19.

“I was listening to the scanner as well. I always love and admire the coordination and communication skills between dispatch and the ground and air patrols. Way to get it done! Great work by all involved,” said Facebook user Cynthia Souza Clogston.

The H-32 aircrews quickly located the driver, whose name has not been identified, and kept track of him the entire time, communicating directions to the ground officers.

At one point, road officers attempted to stop the vehicle on the highway but were unable to do so.The driver drove recklessly to the city of Fairfield, where he entered a local neighborhood street and reached a dead-end.

Having nowhere to go, he stopped the car and exited, continuing to flee on foot.

Officers from the Fairfield Police Department were directed to the suspect’s location as the aircrews kept an eye on him the entire time.

He was soon caught walking along the sidewalk near the abandoned vehicle and was arrested. The incident is currently under investigation.

As per the data retrieved, in the US, over 37,000 people die in road crashes each year, and 2.35 million are injured or disabled. Road crashes cost $230.6 billion per year or an average of $820 per person. They are the single most significant annual cause of death of healthy U.S. citizens traveling abroad.