The 51-year-old didn't cooperate with the officers and was finally captured from her bedroom.
By Ana Marijanovic March 27, 2021
Facebook
Twitter
Linkedin
Email 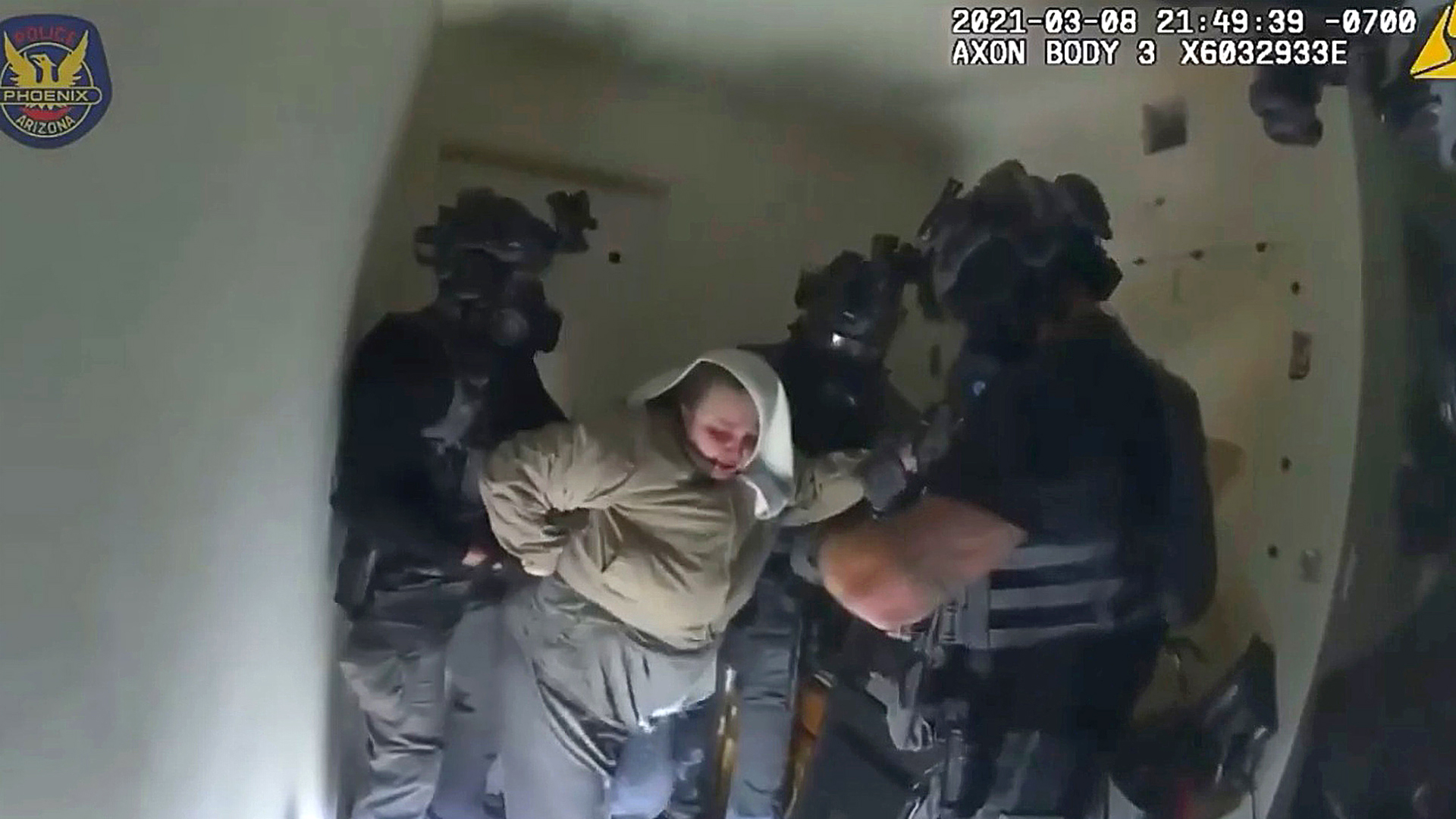 The officers arrested the suspect Larissa Boulais after an eight-hour long negotiation. (PhoenixPolice/Clipzilla)

PHOENIX, Arizona — The Phoenix Police Department arrested a 51-year-old armed woman after an eight-hour standoff that witnessed her firing them.

The incident took place at a residence in Phoenix, Arizona, on March 8.

As per the police, it all started when they were helping a homeowner, whose name is withheld, clean up his garden and saw a woman identified as 51-year-old Larissa Boulais, stepping outside the house with a gun in her hand.

The body-cam footage of the officer shows the weapon on Boulais. The officer immediately tries to get the homeowner, whom they were speaking to at the time, away to safety.

The homeowner was heard pleading with the officers not to shoot her. The officers are seen trying to negotiate with the woman and to get her to put the weapon down, but their attempts fail.

Boulais then locks herself in the house and refuses to cooperate with the officers or her family, who try to communicate with her from the outside.

The incident-briefing video released by the Phoenix Police Department on March 22 shows the surveillance footage, where Boulais exits from the front of the house with a gun and then going back inside, still with the gun in her hand after one of the officers shoots her.

The police said the gunfire did not strike her. The negotiations with Boulais reportedly lasted around eight hours, during which the Special Assignment Unit was called to help. The unit attempted to communicate with Boulais through a loudspeaker.

“Larissa, I told you we wouldn’t give up on you,” they were heard saying. “Try to get to that phone and answer it, so we can give you instructions on how to come out safely. We’ll stay on the phone with you and help you out of the house, but you have to answer the phone.”

“Nobody’s trying to hurt you, and there’s no reason for anyone to get hurt. Will you please for me, listen to what they have to say. Please put your gun down. Don’t have your gun anywhere near you when you do anything,” a family member of Boulais’ was filmed speaking.

Unfortunately, the eight-hour-long negotiations proved ineffective, and the officers then had to take the next step to secure the area.

Finally, at 10 PM, officers entered the house and managed to arrest Boulais in her bedroom. They used gas and less-lethal munition to approach and detain her safely.

As per the police report, Boulais was transported to the hospital for injuries resulting from the less-lethal rounds and gas and was later released.She was then booked into jail for aggravated assault on a police officer, weapons violations, and endangerment. The police said that further investigations are going on in the case.

As per a study, since 1982, an astonishing 116 mass shootings have occurred in the United States perpetrated by male shooters. In contrast, women only carried out three mass shootings (defined by the source as a single attack in a public place in which four or more victims were killed).