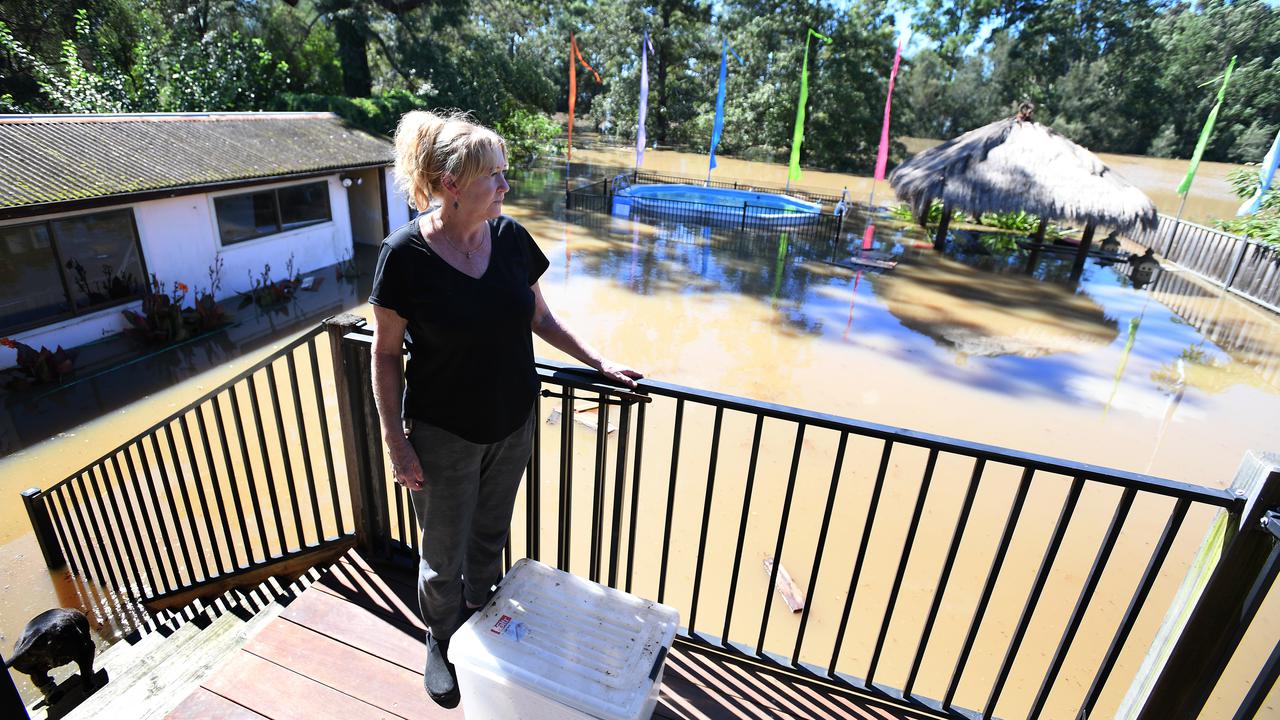 Lisa Williams looks out over her flooded backyard in Windsor in the north west of Sydney, Wednesday, March 24, 2021. (AAP Image/Dean Lewins)

WINDSOR, Australia — Help is continuing to flow to the flood-affected communities of northwest Sydney, where thousands of residents remain cut off while some are starting to assess the damage.

The Windsor woman broke down as she said, “We’ve been here 30 years, and we’ve never seen anything like this”.

The bottom story of her three-bedroom home, two blocks from Windsor’s main street, is entirely underwater, and so is the garage. 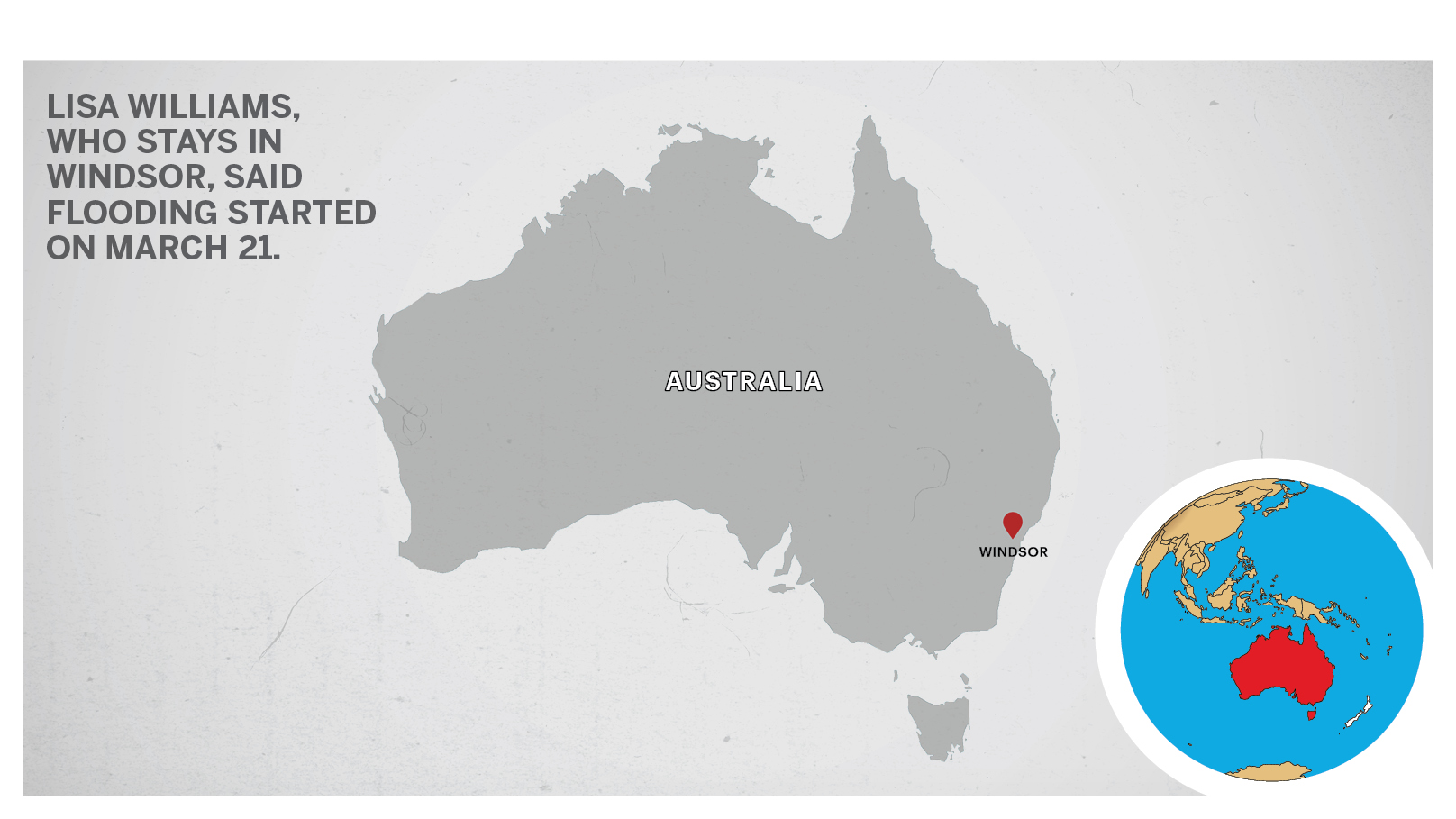 “We’ve had snakes, we’ve had to keep the front doors, and the back doors closed,” an emotional Williams said on Wednesday, March 24.

While her builder husband was able to salvage some of his tools, the family has lost many possessions.

“The whole underneath the house, the garage, all our furniture downstairs… it usually just comes up to the back fence, but since they let the dam go, that’s what has killed us.”

The hospitality worker has also lost work, as she’s unable to get to the Paradise Café in the flooded town of Lower Portland.

Williams believes the dam water from Warragamba should have been released earlier.

“They should have let it go months ago. This was predicted last year, and they had us on water restrictions, and now that it’s at capacity, it’s just spilling over.”

Williams said the clean-up would be huge, but they won’t start yet as “there’s no point, there’s still water coming.”

The Hawkesbury River is still rising in places.

More than 100 rescues have been carried out by the State Emergency Services in the Windsor region and further north since the flooding disaster began to unfold.

Catholic Priest John Rizzo was one of those who helped.

He had to be taken by boat by State Emergency Services‘ volunteers back to Windsor after getting stuck at Kurrajong near Richmond, where he’d been visiting a sick heart patient.

Father Rizzo said it had been quite “scary” witnessing the damage done.

“Unfortunately, a landslide had taken place on the Bells Line of Road. I just got past it, and maybe half an hour later, they closed the road, and so I’ve been trying to get back because it’s holy week next week.”

It wasn’t just people being ferried across the river.

At Windsor, crews have worked for days delivering vital supplies to supermarkets at Wilberforce and North Richmond that have run out of goods.

On March 24, blood supplies were also taken across the river by boat to a patient in need.

While choppers carried boxes of food and essential items to the flood-ravaged communities.

Further north at Wisemans River, the river is continuing to rise. Emergency crews have been working around the clock to get to people in need.

“Although most residents in that area have shown great resilience and are extremely prepared, we urge them to call us though if they need help with the river rising.”

The Hawkesbury River was to peak on March 24 night in most places, but it will be days before it recedes.

“I have spoken to many people that have had to leave their homes and can’t get back, and others are isolated where they are, lots of devastating stories,” Connolly said.

“I’ve also been inundated with offers to help, and I’m proud of the resilience and kindness our community has shown yet again, after dealing with fire and flood just last year.”