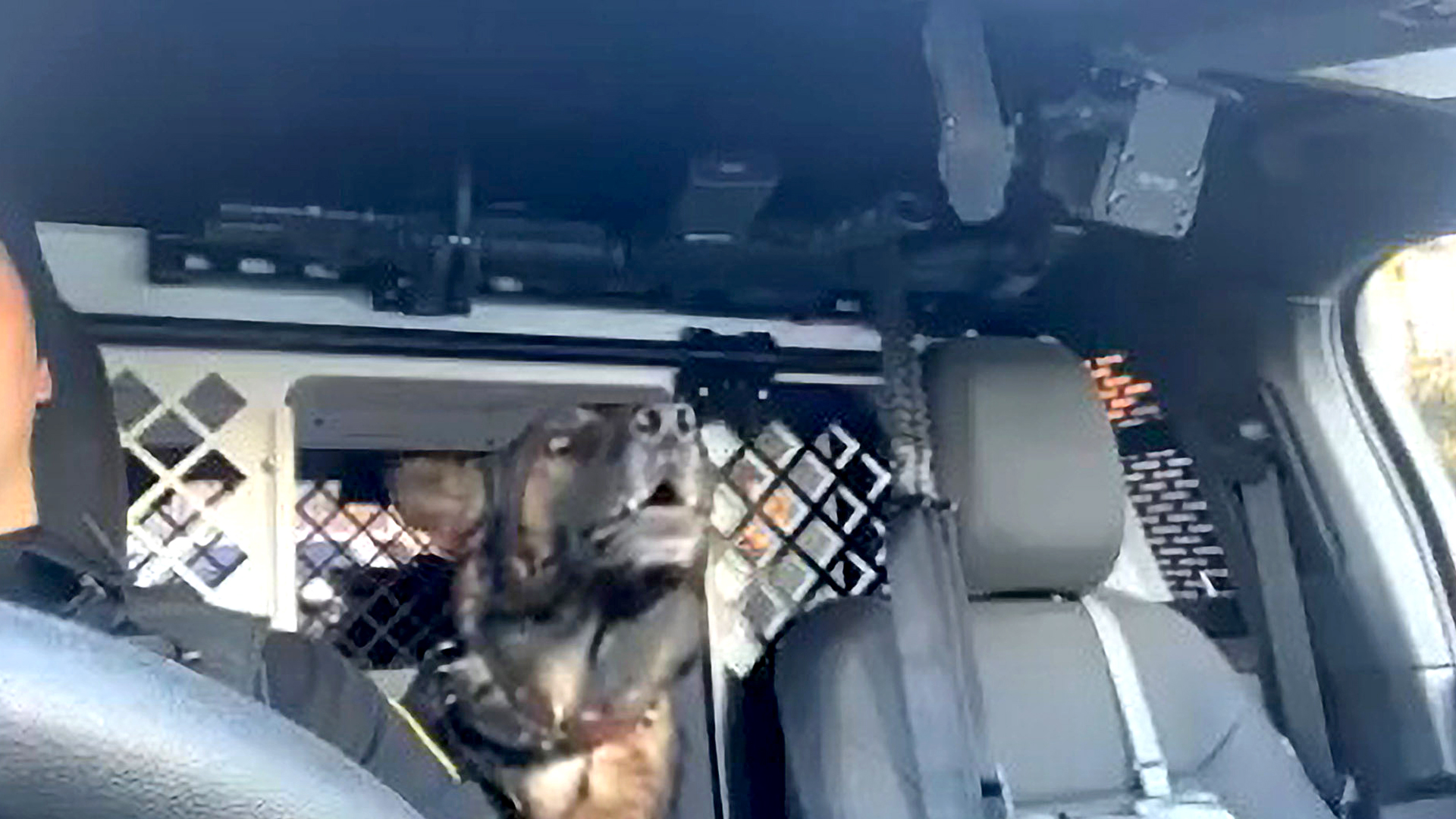 SHAKER HEIGHTS, Ohio — An adorable sniffer dog croons in a cop car to an American country song, making hundreds laugh. The cute sing-along was filmed in Shaker Heights in Cuyahoga County in the US state of Ohio on March 19.

In a clip shared by the Shaker heights police department, a cop is seen playing the song ‘Springsteen’ by country singer Eric Church, 43, on the stereo before asking sniffer dog Igor to croon along.

The canine duly obliges and howls along to the song, keeping in time with the chorus.

The police suggested that Igor has been practicing the song for months and could even take his vocal talent to the Academy of Country Music Awards.

The Shaker Heights Police Department (SHPD) shared the cute video on Facebook, writing, “Someone gets Eric Church on the phone! His #1 fan, K9 Igor, has been practicing this for months!”

“Maybe they can plan a duet for this year’s ACM – Academy of Country Music Awards?”

Citizens enjoyed the video shared by the police department and appreciated the adorable dog.

“This is the best thing ever! Igor is so amazing! Thanks for posting this and for everything you do!” commented Facebook user Tiffany Boyes Meagrow.

For nearly a century in the United States, canines have been recruited for police work, and for the most part, they have been essential tools for police departments across the land. Police dogs are optimal subordinates because they follow commands without question or argument. To the delight of police officers everywhere, the nationwide police dog population has exploded since the early 1980s.

Even when unleashed and distant from its handler, a police dog is usually dressed in special attire. However, in certain situations, a suspect may be unaware that a dog is a police dog. In recent years, police departments across the country have been bombarded with civil lawsuits claiming damages resulting from dog-induced injuries.

“Moreover, police departments have been blamed for the multitude of excessive force claims, with some claiming that law enforcement has wrongfully been altering the dog’s purpose from a tool to locate, contain and control suspected criminals to a weapon used with excessive force,” the study states.