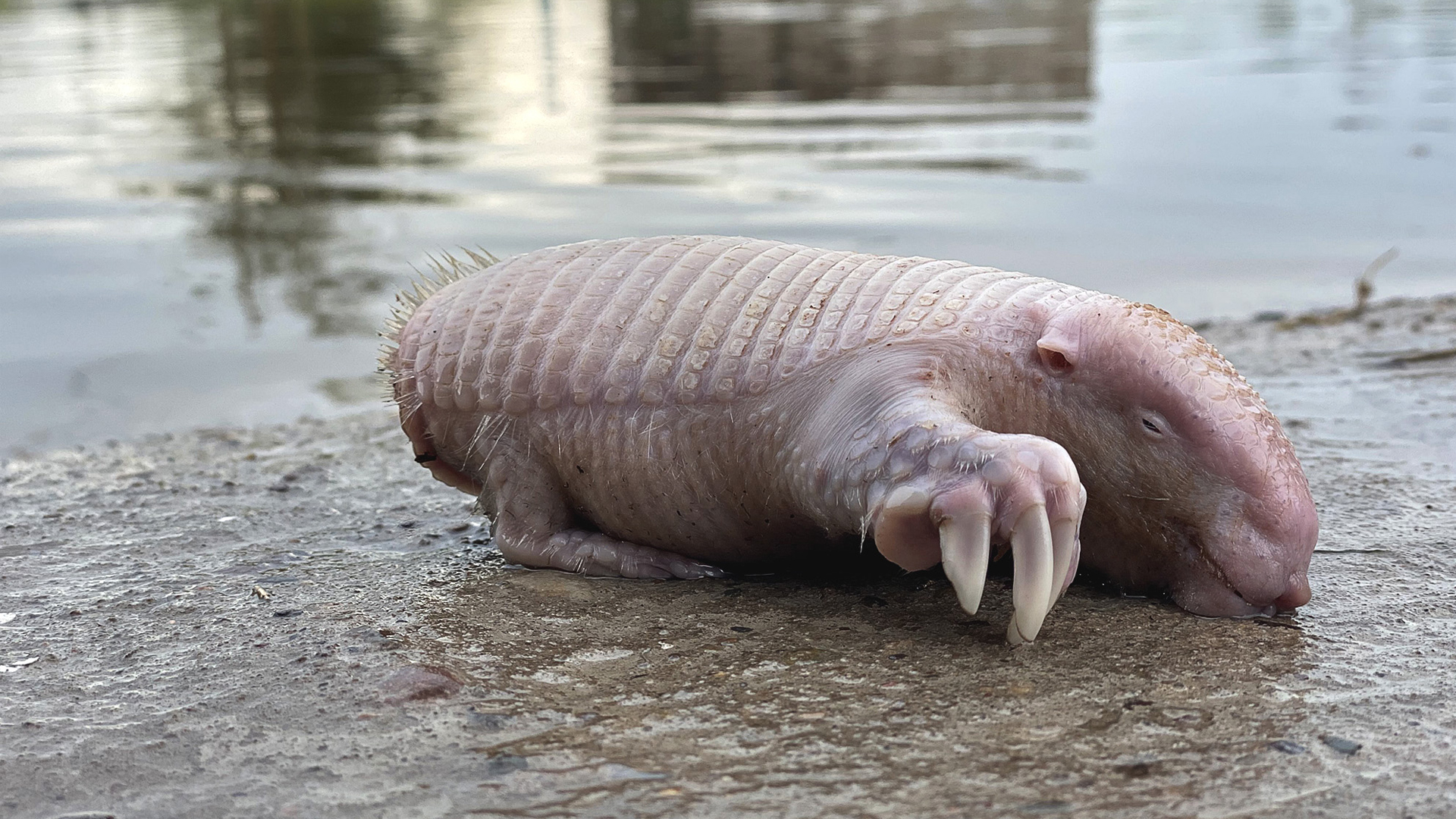 The greater fairy armadillo that lives in an area known as the Gran Chaco. (Huascar Bustillos Cayoja/Real Press)

SANTA CRUZ DE LA SIERRA, Bolivia — Deforestation, urban development, and bad omen prove to be the main reasons for the extinction of the rare pink armadillo in Bolivia and its adjoining regions.

The species one of the top ten world’s rarest animals, but its child-like screams mean “an impending death in the family,” as per the locals.

Biologist Huascar Bustillos Cayoja said the indigenous Guarani and Weenhayek people believe the ‘culotapado,’ the colloquial name for the mammal meaning covered bottom, brings wrong with its screams that resemble that of a crying baby.

Owing to the superstition, the locals kill and burn the fairy armadillos they come across.

“If they do not do this, they believe a person in their family or community will die; this threatens them more in their area.”

Human intervention into their environment in an area known as the Gran Chaco, which overlaps Argentina, Bolivia, and Paraguay, is threatening the elusive Calyptophractus retusus.

For the first time in 1859 in Santa Cruz, Bolivia’s largest city with more than two million inhabitants, observers saw the mammal.

There is so little data about the species that the IUCN’s Red List of endangered species cannot categorize it, listing it under the category of “data deficient.”

The mammal has adapted to living underground, and its pink skin makes it difficult to spot on the sand where they tend to live. As per Cayoja, other threats to this rare animal include the mining of sand by construction companies.

However, they are also in danger because of urban development in Santa Cruz, where researchers first saw the rare species more than a century ago.

“Floods caused by climate change devastate their natural habitats, and there is also a problem with exotic species introduced into the area, such as cats, dogs, and chickens, which might be killing them,” the biologist said.

Bustillos said in March 2020, there was an intense rainstorm in the city of Santa Cruz, and a woman posted a picture of a dead culotapado online. He went to the location and found three other armadillos, all of them were dead.

The biologist has managed to see this rare animal alive in the community of Florida on the outskirts of the city of Santa Cruz. He is trying to gather more information on the creature, which the Germano-Argentine naturalist Hermann Burmeister officially described in 1873.

“It has an interesting evolution because its eyes and ears are small, confirming their adaptation to underground life. It also has huge claws compared to its size, which it uses to dig through sand and create tunnels,” Bustillos said.

Regarding its tail, which protrudes from its ‘covered bottom,’ the biologist said that “it acts like a fifth paw helping the animal to maintain its balance while moving through the sand.”

The animal spends most of its time above ground at night to feed. There is not much information about its breeding process.

The biologist believes that since the mammal is similar to an armadillo, “they must have a couple of breeding seasons during the year but with reduced offspring, only between two or three babies.”

The breastfeeding process is also unclear, as the biologist has not managed to see any females from the species during that phase.

Due to their activity above ground being primarily nocturnal, their primary natural predators are also nocturnal, including owls and even snakes, as per the biologist. Their primary form of defense is to dig very fast and return underground because, unlike other armadillos, their shells are “soft and flexible.”

These threats have led to a conversation in the Santa Cruz municipality to ask the government to set up a conservation program to protect the species.