German fighter jets were refueled mid-flight by a U.S. Air Force aircraft during a joint exercise. 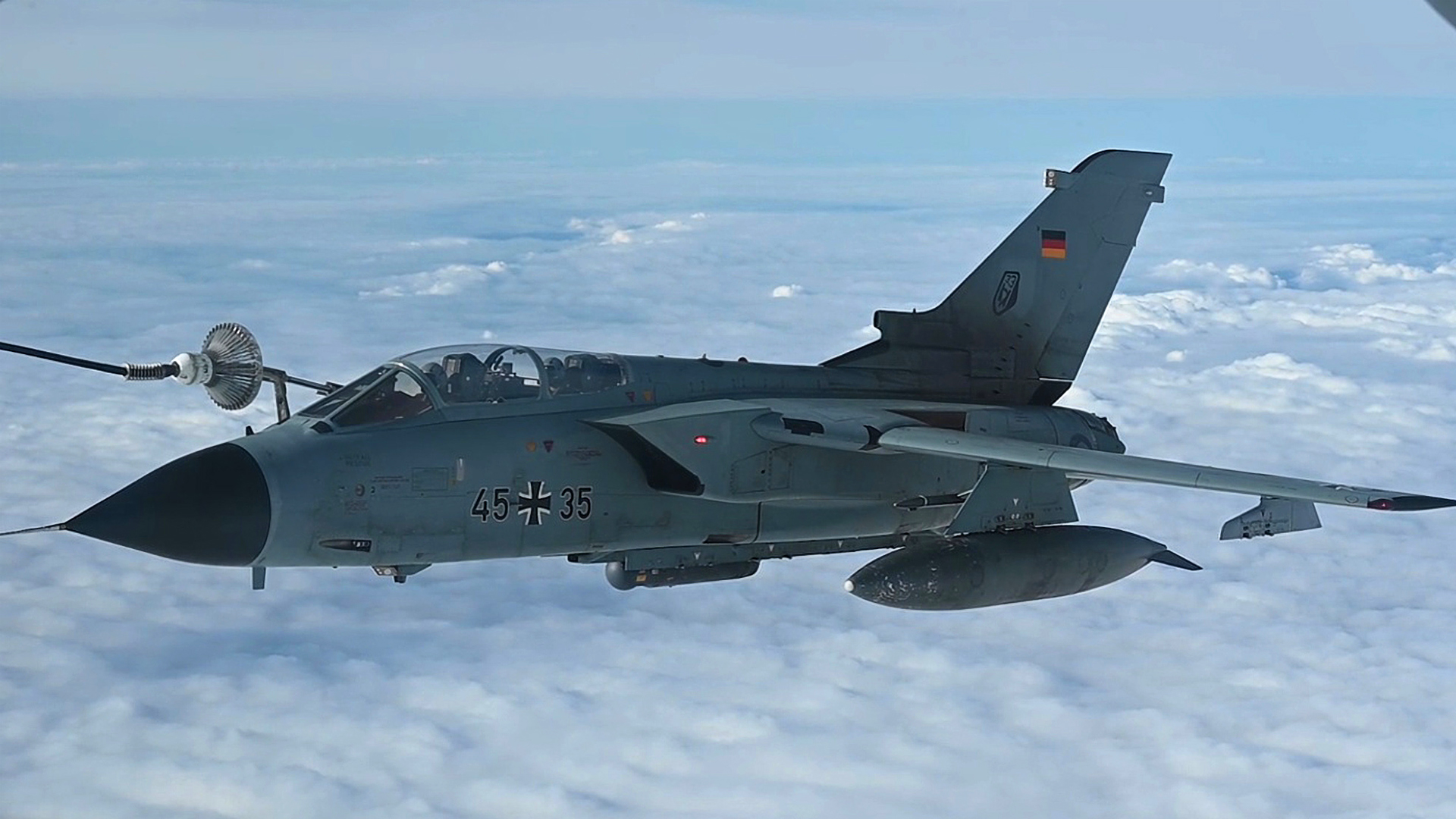 The video footage shows how U.S. aircraft refueled the German fighter jets mid-air during the training in Germany on March 18.

“This is interoperability at its best. Multinational exercises remain important for us, especially during the continuing pandemic. Training together with our Allies is the best possible preparation for future missions,” said Lieutenant Colonel Richter, detachment commander of German Eurofighters, Estonia.

The ACE concept envisions the use of agile operations to generate resilient airpower in a contested environment. It allows USAFE (U.S. Air Forces in Europe and Air Forces in Africa) to deter, defend and win across the spectrum of conflict. USAFE is operationalizing concepts designed to become more agile in our execution, more strategic in our deterrence, and more resilient in our capability.

“My whole team welcomes this opportunity to do meaningful, realistic training and hone our skills during combined sorties with the U.S. F-15s or refueling with their KC-135 tanker aircraft. The training during the Baltic Trident enables our short-distance air-to-air fighting drills,” says Richter in a statement.

“However, besides partaking in this combined training, we constantly ensure our Eurofighters are available 24/7 to launch to secure the airspace over our three Baltic Allies,” he added.

The Eurofighter Typhoon is a European twin-engine multi-role fighter whose prototype took its first-ever flight in 1994 before its production officially started in 1998.

Initially, the Eurofighter Typhoon was designed as a highly-agile superiority fighter, capable of delivering superior effectiveness in combat.

The Tornado took its premiere flight in 1974 and was officially adopted into service in 1979–1980. Since then, it replaced several aircraft fleets in the air forces it joined due to its multi-role design.