The Borei class is a series of nuclear-powered ballistic missile submarines built by Sevmash for the Russian Navy. 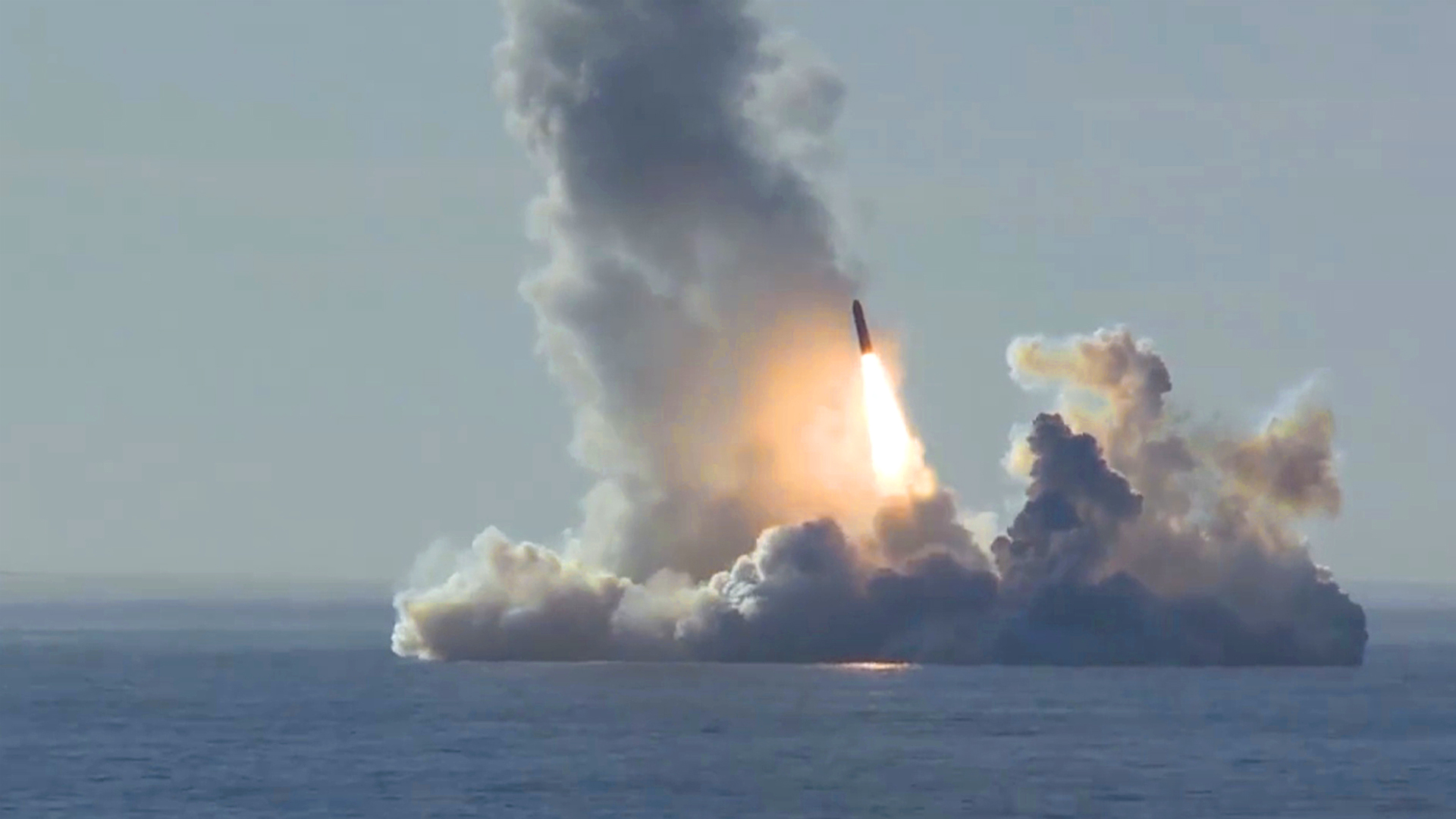 Russian navy firing rockets from the deeps of the sea, in Russia. (Ministry of Defense of Russia/Newsflash)

MOSCOW, Russia — The Russian Navy shared a new Borei-class nuclear submarine video to commemorate the submarine’s day, which took place in the country on March 19.

The video shows the Russian Navy firing missiles into the air from a nuclear submarine to mark Day of the Submariner before returning to shore to a hero’s welcome.

The Borei class is a series of nuclear-powered ballistic missile submarines built by Sevmash for the Russian Navy. The submarines will eventually replace the Soviet-era Delta III, Delta IV, and Typhoon classes.

As is always the case in military affairs, servicemen and women were not given the day off in honor of the occasion.

Commander-in-chief of the Russian Navy, Vladimir Korolev, congratulated navy personnel on holiday. “The submarine program is still being actively developed with plans to increase the number of Borei-class subs from eight to 10, according to local media,” said Korolev.

On this day, over 6,000 submarines received orders and medals, and the title of hero of the Soviet Union was welcomed by over 21 submarines.

In 1906, Russian Emperor Nicholas II decreed that submarines were officially added to the vessel types in the Navy’s fleet.

The decree took place on March 6, but the date was later changed to March 19 following calendar shifts and adopting a new style. The order included the first 20 submarines built and purchased for the fleet at that time.

In the past, ships were used to transport and make new geographical discoveries and be used as a formidable weapon, prompting many nations to invest heavily in their fleet.

Russia became one of the first states to acquire its submarine fleet, and 90 years later, in 1996, the date was officially recognized as Day of the Submariner.

Designed by Irish-American inventor John Phillip Holland in 1896, he launched the Holland VI on May 17, 1897, at Navy Lt. Lewis Nixon’s Crescent Shipyard in Elizabeth, New Jersey. The United States Navy later purchased the Holland VI on April 11, 1900. As the Navy’s first commissioned submarine, it was renamed USS Holland (SS-1).