The vaccine has an efficacy of 91.6 percent and claims to have 100 percent protection against severe cases.
By James King March 26, 2021
Facebook
Twitter
Linkedin
Email 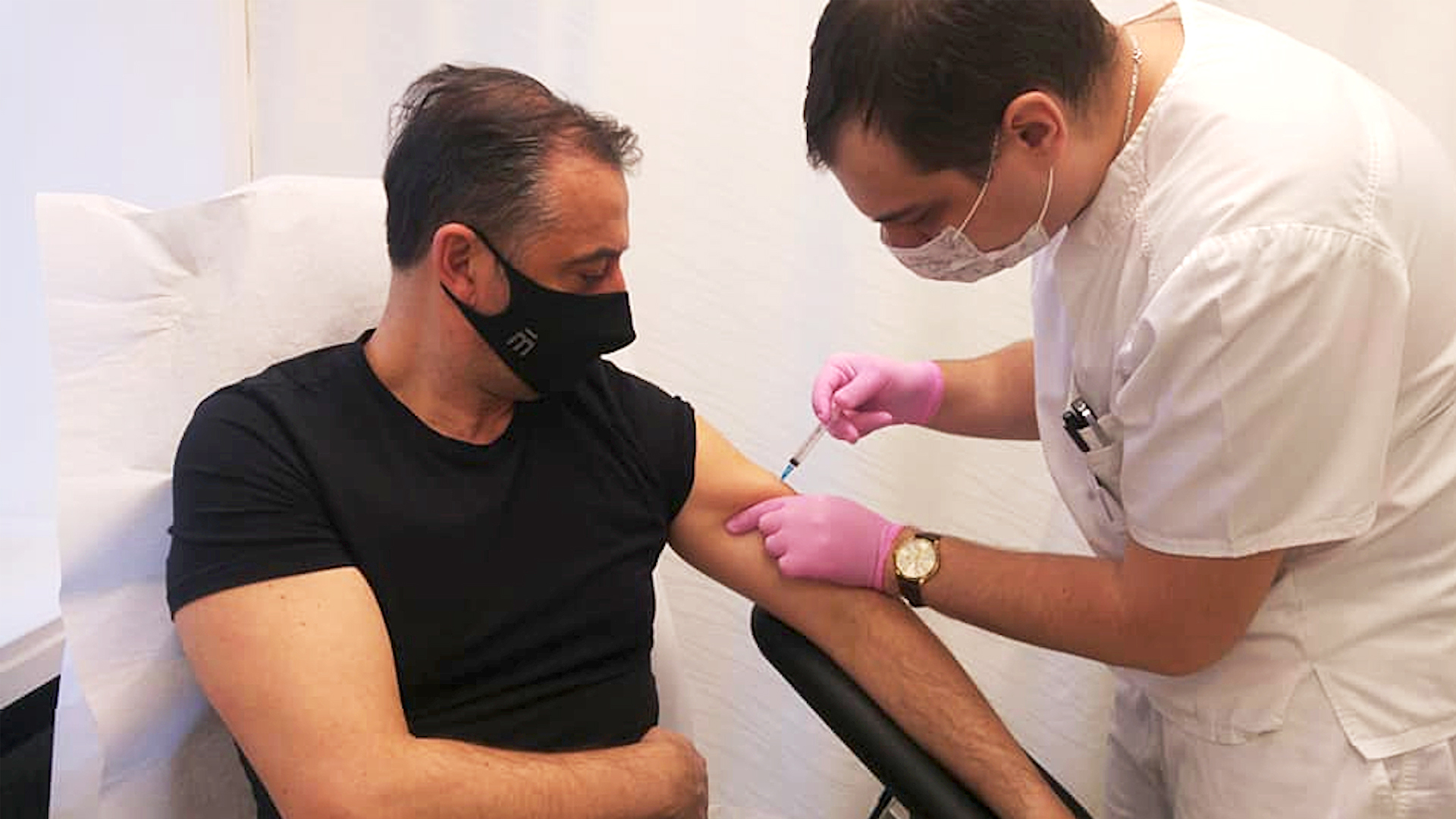 The moment when Alessandro Ravaglioli was vaccinated in Russia. (ravagliolialessandro/Newsflash)

A member of the right-wing, The Lega Nord (Northern League), Ravagliolo flew to the Russian capital Moscow for the vaccine.

“I had the opportunity to get vaccinated, and I did it out of love and protection for those closest to me,” said the populist politician.

As per reports from local media, Ravaglioli, who has a Russian wife, obtained a visa to enter the country for the Russian Covid-19 vaccine after a delay in the European Union’s vaccine rollout.

“Everything went well with no side effects,” Ravaglioli said. He added that he admires Russia’s fight against the pandemic and its vaccine campaign from the start.

The European Union is being criticized for its delay in the rollout of the vaccine.

The Union set up the vaccine disbursal scheme in June last year. Under the plan, the European Union will negotiate the purchase of vaccines on behalf of its member states. The Union claimed that this would “reduce costs and avoid competition.”

While the member states were not mandated to participate in the scheme, all 27 joined it.

In December 2020, the Union signed a deal for the Pfizer-BioNTech vaccine. About 300 million doses were to be supplied, but problems with production have stalled the rollout.

Amid the delays, the Moscow embassy informed Ravaglioli about the possibility of getting the vaccine. The Northern League politician did not think twice and took advantage while on an already planned business trip.

He booked himself into a private clinic and received the first dose of the vaccine on March 14. He posted images of him signing a clinic form and later obtaining a certificate inoculated on social media.

“When I arrived at the clinic, there was practically no queue, and I received my dose in just a few minutes. In Russia, the pandemic is no longer scary. That is why there are many doses of the vaccine available,” he said.

“Even non-Russians can have the vaccine. Just go to a private clinic and pay for it.”

The Sputnik V vaccine has an efficacy of 91.6 percent and claims to have 100 percent protection against severe cases.

“This interim analysis of the phase 3 trial of Gam-COVID-Vac showed 91·6% efficacy against COVID-19 and was well tolerated in a large cohort,” it further said.

The right-wing politician said he is expected to receive his second dose within the next three weeks.