Medications derived from these naturally occurring proteins are often much less toxic than other treatments. 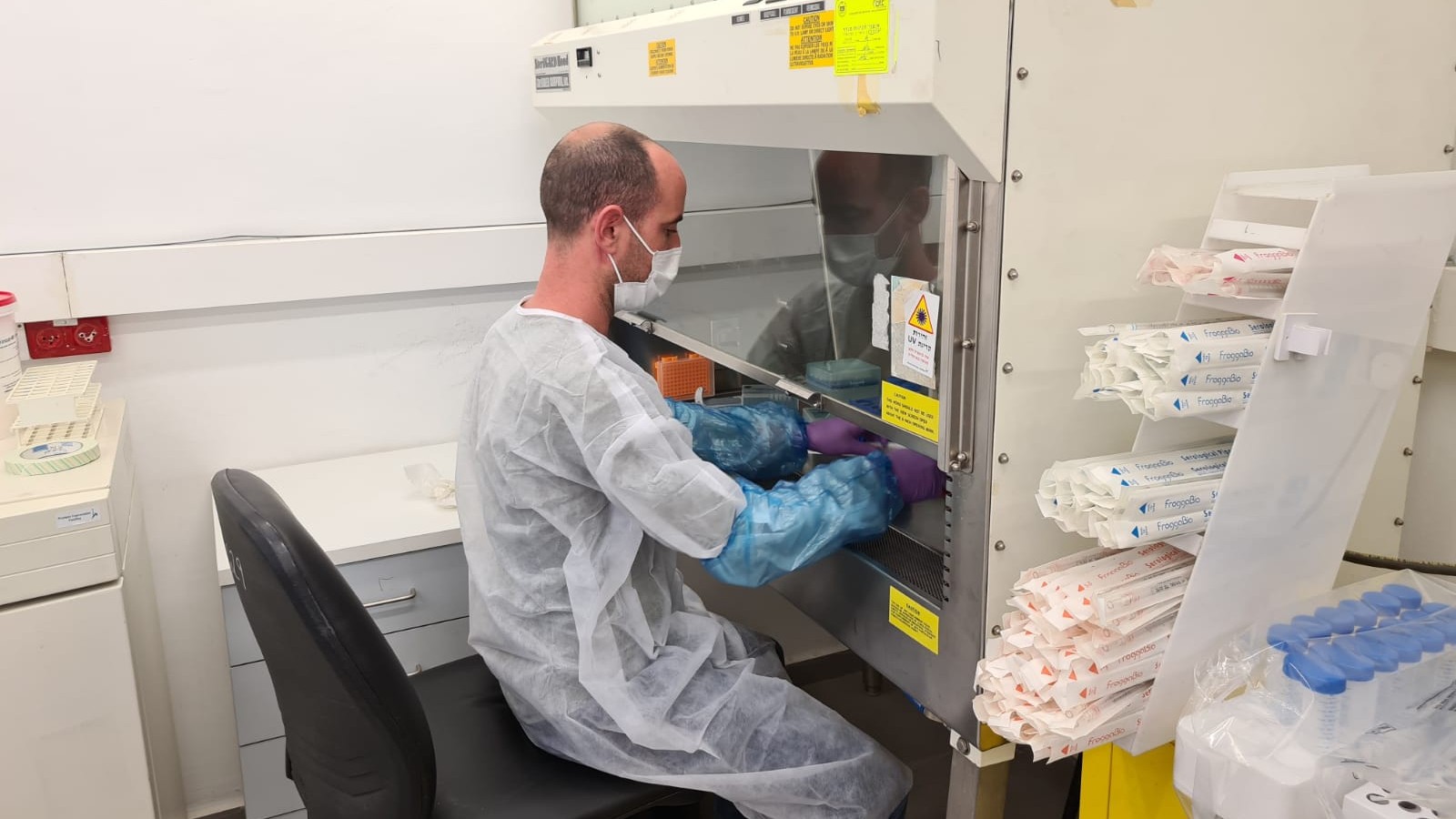 A PeptiCov employee working to find a peptide that fights COVID-19. (Photo courtesy of Pepticom)

The spinoff, PeptiCov, has raised $2.6 million in a round led by the Chartered Group of Japan.

Peptides are the hottest area of new drug development, particularly for diabetes and cancer. Medications derived from these naturally occurring proteins are highly targeted and often much less toxic than other treatments. The market for peptide-based drugs is expected to grow to $43 billion by 2024, according to Zion Market Research.

“Unfortunately, COVID-19 and the various viral mutations will likely be with us for a long time and thus effective treatment is key,” said Immanuel Lerner, CEO of Pepticom.

“PeptiCov is focused on discovering and developing an effective treatment, which would allow the world to live alongside the virus rather than remain in lockdowns and other drastic measures.”

Pepticom uses AI to accelerate the ability of scientists to identify peptide-based drug candidates. Pepticom’s software searches through a massive database of possible solutions. If suitable peptides can be found in advance, that reduces the risk of failure during drug development, already a highly expensive endeavor.

To put it into very large numbers, Pepticom searches a chemical space of 1,030 possible molecular options. Without it, the chances of finding the right protein to match a particular disease is “like winning the PowerBall lottery four times in a row,” Lerner said.

Pepticom’s AI approach means that instead of having to check millions of molecules, “we may check just 20, 100 or maybe up to 3,000 molecules,” said Maayan Elias Robicsek, Pepticom’s business development officer.

Pepticom’s software has already analyzed several protein targets related to SARS-Cov-2, the virus that causes COVID-19. PeptiCov will be responsible for further development of these peptides and will seek partnerships with pharmaceutical companies.