Brazil’s Health System On The Brink Of Collapse

More than 3,000 people died from COVID-19 within 24 hours in the country.
By Luciano Nagel March 26, 2021
Facebook
Twitter
Linkedin
Email 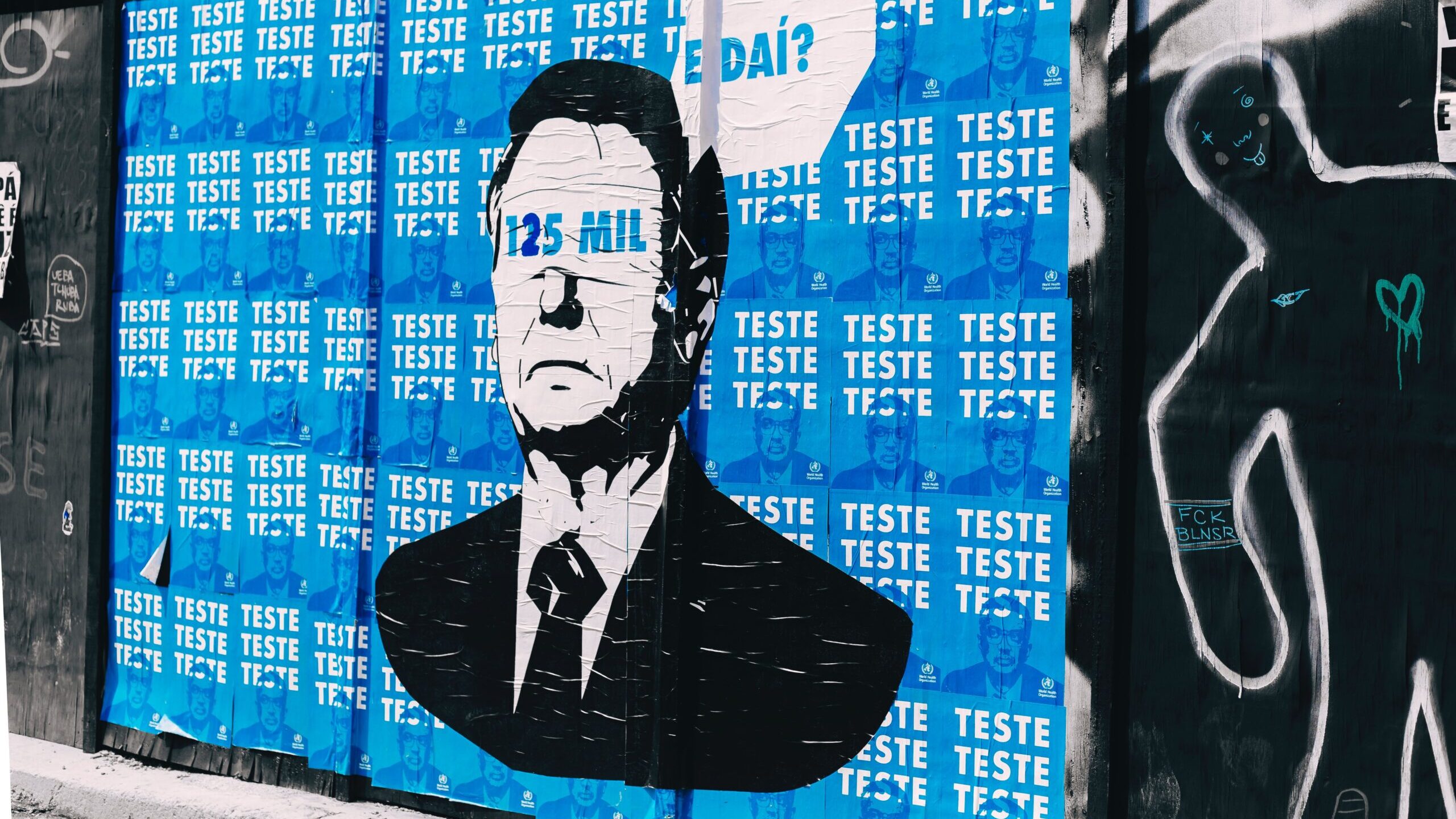 “And then?” reads the image superimposed on Brazilian President Jair Bolsonaro, with the number 125 thousand on his forehead. This number has already tripled. (Jade Scarlato/Unsplash)

PORTO ALEGRE, Brazil — Brazil registered a record number of COVID-19 victims on Tuesday, March 23. In 24 hours, there were 3,158 deaths. It was the first time the figure exceeded 3,000 in one day, said the National Council of Health Secretaries and the Consortium of Press Vehicles.

The coronavirus advances in an accelerated and uncontrolled way in the 26 Brazilian states and the Federal District, Brasília. Earlier this week, the country governed by President Jair Bolsonaro (Independent) exceeded 300,000 deaths caused by COVID-19.

In an interview with Zenger News, Dr. Margareth Dalcolmo, a pulmonologist and researcher at the Oswaldo Cruz Foundation in Rio de Janeiro, said that Brazil has the highly efficient and internationally recognized National Immunization Program. However, the country had not used it efficiently in such a critical time.

“Many things could have been done and were not. In my opinion, the most important was not having centralized, homogeneous coordination, with a harmonious discourse between politics and the Brazilian scientific community.

The governmental failure puts the population at significant risk. The country has high infection rates, and new variants of the coronavirus circulate in at least six more Brazilian states.

In her perspective, social distancing is crucial to fight the already yearlong pandemic. Dalcolmo said that the Unified Health System needs to be very well prepared to care for COVID-19 patients.

“A year ago, we, the scientific community, were already warning [the population] about the importance of social distancing, but unfortunately, the government said otherwise, and that did not help to control the epidemic,” she said.

Regarding the growing pandemic toll in Brazil, Dalcolmo believes that the figures may exceed 3,000 deaths a day in the coming weeks.

However, the new Health Minister, Cardiologist Marcelo Queiroga, recently said, “The direction that the health policy takes will continue to be determined by President Bolsonaro.”

When asked about this topic, Dalcolmo said, “It is not up to me to judge his statement. He is the State Minister and is responsible for what he says. As [a member of] the academic community, I can tell you that we expect him to listen to the Brazilian scientific community that has shown great commitment to the people since the beginning of the epidemic. We hope to be heard by the new minister,” she said.

Faced with the federal government’s position regarding the pandemic, the 26 Brazilian states’ and Federal District’s governors decided to take the reins of the situation and determine preventive measures at the national level to stop the spread of the new coronavirus. Bolsonaro has rejected these same measures.

Among the actions taken are social distancing, mandatory use of masks, and direct negotiation with the companies producing the vaccine.

“Given how serious is the pandemic, we suspended the Carnival festivities, both in the public and private sectors,” said Wellington Dias (PT), the Governor of the State of Piauí and President of the National Governors’ Forum. “All Brazilian states are adopting more restrictive actions, but ideally, the federal government should do so. Due to Brazilian legislation, we do not have control over ports, airports and highways. It would have been excellent if we could have done this together with the central power.”

Wellington said that the country is the epicenter of the pandemic, mainly because of the spread of new coronavirus variants (N9, P1, P2, B.1.128 and B.1.1.143). He explained that for this reason, he urged the World Health Organization to prioritize the expansion of vaccines and the transfer of the production technology.

Brazil urgently needs to change the way it fights against the pandemic, said Dias.

“The Minister of Health, Dr. Marcelo Queiroga, is a cardiologist. We understand that he is aware of what needs to be done. What we want is very simple: to follow the guidelines of science, of the [World Health Organization]. We hope that President Bolsonaro gives him the power and support he needs to fulfill his duties regarding the pandemic,” he said.

Brazil’s northeastern states signed an agreement with Russia to buy 37 million doses of the Sputnik V vaccine, and governors are negotiating 30 million more doses with China, said Dias. The expectation is that the Sputnik V vaccine will be available in health centers in April.

Both Oxford University and AstraZeneca are based in the United Kingdom. Their vaccine is not in use in the U.S. COVID-19 Vaccination Program. “I received a response recently saying they would study the request for next week,” he said.

The vaccines purchased by the Northeast Consortium, which is part of the National Governors’ Forum, will be distributed to all Brazilian states.

The impact of the global pandemic in Brazil “is acceptable”

Congressman Ricardo Barros (PP-PR), the government’s leader in the lower house, said about a week ago that the impact of the COVID-19 pandemic in Brazil “is acceptable” in an interview with GloboNews, the subscription channel of the Globo Network. Different media outlets throughout the country reported on the issue.

Brazil is the fifth country in the world by the number of vaccinated people, according to Barros.

In the opinion of Barros, not only are Brazil’s figures better than those of the first world countries, but also the actions taken by the federal government are for the benefit of the Brazilian population.

Among the measures, Barros mentioned the resumption of the 2021 Emergency Aid, which will be paid in four installments starting in April. In total, 45.6 million people will receive the benefit ranging from 150 reais ($26.55) for individuals, 250 reais ($44.25) for families with more than two people and 375 reais ($66.37) for single mothers.

When asked if he could live on 150 reais a month, Barros said, “I certainly would not go hungry, for sure.” However, a congressman’s monthly salary in Brazil is over 33 thousand reais ($5,840).

Zenger News repeatedly tried to contact the Minister of Health to hear his position, but neither he nor his advisers responded.