Tiny Galapagos hatchlings will eventually weigh in at half a ton and could live to be 100 years old.
By Ben McKay March 25, 2021
Facebook
Twitter
Linkedin
Email 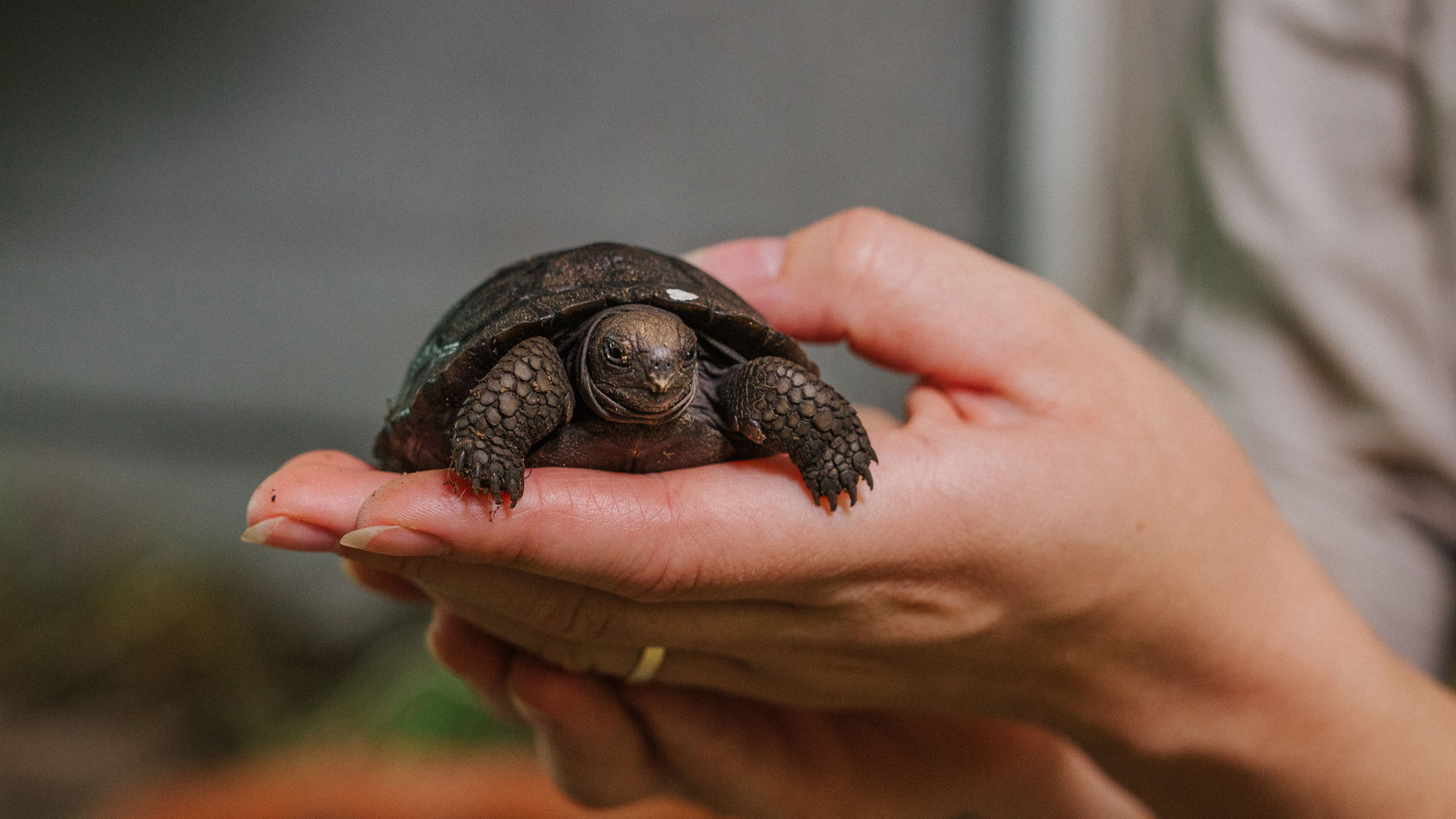 AUCKLAND, New Zealand — Hatching of four offspring of an ‘endangered’ tortoise species at the age of 50 is beating the odds and calls for a celebration at the Auckland Zoo, New Zealand.

Zookeepers are delighted that two of their oldest lodgers, a pair of Galapagos tortoises, have produced four young reptiles, helping to grow the endangered species population.

“We have this very exciting upward turn that we hope reflects the sweet spot we’ve hit after years of incrementally refining our husbandry for this species,” said Don McFarlane, team leader of Ectotherms, Auckland Zoo. “However, we are reminding ourselves that everything about these slow-maturing reptiles takes time. These are famously challenging tortoises to rear.”

Eggs from mum Chippie, 50, and her 49-year-old partner Smiley hatched on Jan. 26 this year.

After two months of careful rearing, Auckland Zoo is confident that the hatchlings are healthy and hopeful they will survive through to adulthood. 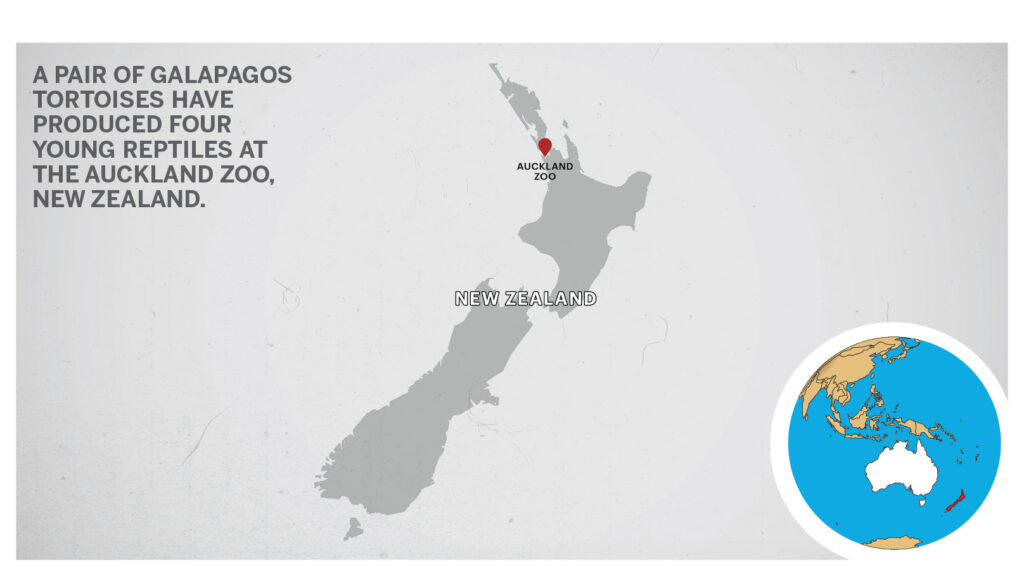 McFarlane claimed partial credit for the young turtles after helping to incubate the eggs for 110 days. Zoo officials created a suitable environment for the turtles where they were provided with varying terrain for climbing, fresh grassy bed areas that were sprayed with tepid water regularly. Officials also created an outdoor space for the tortoise to gain additional vitamin D and to aid calcium uptake from their diet.

Galapagos tortoises require high fiber, moderate protein, and low sugar for their digestive health. The hatchlings and adults have a diet of chopped hay, dandelion, and plantain.

To aid their hydration uptake, the hatchlings are also given an hour-long bath in tepid water, as per the report by the zoo.

“Success will only truly come when these hatchlings reach adulthood in 20-40 years. It’s a long game!” he said.

The young tortoises weighed between 74-88 grams — the same weight as five 50 cent pieces — after hatching and have much growing and living to do.

The Galapagos tortoise is the world’s most giant tortoise, with 11 surviving species, including the Chelonoidis vicina at Auckland Zoo. These tortoises will grow a massive 2,500-4,000 times in body mass and may live up to 180 years if all goes well.

The four new tortoises add to the four currently being kept in Auckland, which originally hatched at Honolulu Zoo and moved across the Pacific in 1983 to New Zealand.

The successful breeding is emotional for zookeepers after they were forced to euthanize Smiley and Chippie’s first hatchling at four months due to abnormalities.

Auckland Zoo is part of an Australasian regional breeding program to support the species, producing 20 young tortoises to date.