Popcorn With Zenger: ‘The Courier’ Is The Ultimate Display Of Selflessness 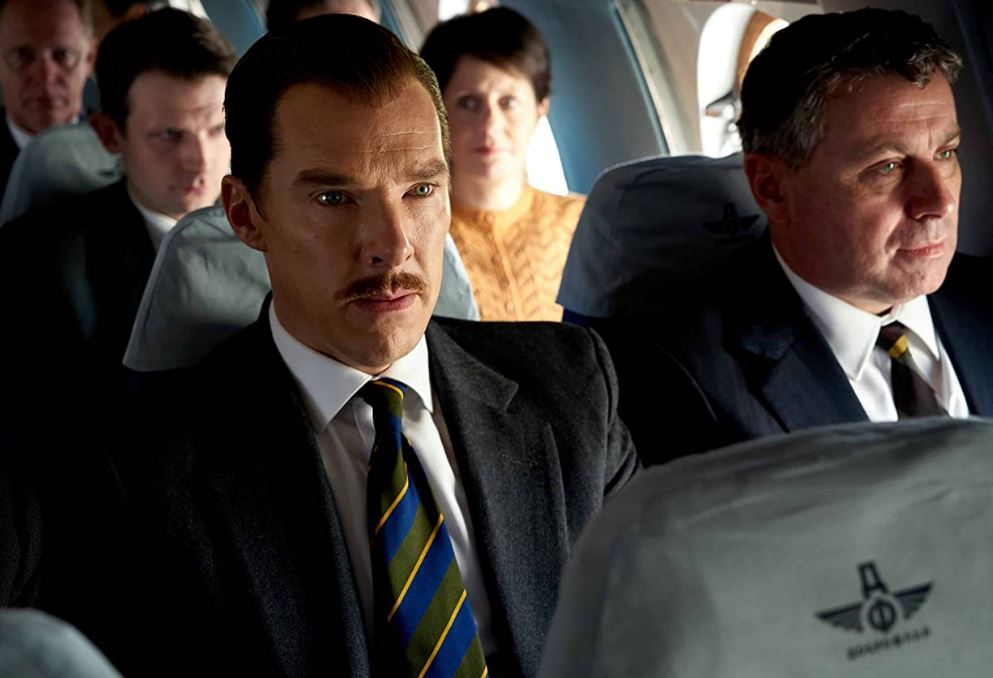 A year after making this infamous quote, President John F. Kennedy would be staring down one of the most critical moments in world history, and one man would do for his nation what few had the courage to do to save it.

“The Courier” is based on a true story about the ultimate display of selflessness. The war between Communism and Western nations has raged on for many years, but the Cold War reached a boiling point in 1962 with the Cuban Missile Crisis.

That confrontation between the United States and the Soviet Union escalated into an international crisis, putting American and Soviet ballistic missiles on the brink of nuclear war. The United Kingdom found itself in the middle of this conflict, bringing us to the story of a businessman-turned-hero named Greville Wynne.

The Story: Wynne (Benedict Cumberbatch), a mild-mannered businessman who traveled all around the world, is brought in to work for British intelligence agency, MI6. With many of Wynne’s business trips taking him to Eastern Europe, a stronghold of the Soviet regime, MI6 recruited him to go to Moscow and transport top secret information to London from Soviet defector Oleg Penkovsky (Merab Ninidze).

Penkovsky was a high-ranking Soviet agent but believed the evils of the Communist regime were devastating his country. Penkovsky knew of the Soviet plans to attempt to launch missiles from communist ally Cuba. He also knew the Soviets were not prepared for a full-fledged counterattack in the region. Penkovsky used Wynne to relay this message back to MI6 and its U.S. allies in the CIA. Soviet intelligence discovers Penkovsky’s treason, and both Penkovsky and Wynne are captured and imprisoned in the Soviet Union with the threat of nuclear war on the horizon.

Bright Spots: “The Courier” is one of the better stories of international espionage in the last few years and a much-needed change of pace in the COVID-19 era of cinema. Many envision themselves as patriots who would place their country over politics, but few display the courage to do so when staring down the reality of death.

“The Courier” mixes great storytelling with superb acting as Cumberbatch and Ninidze tell the story of two men from vastly different backgrounds who come together for the sake of protecting their nations from Soviet forces. They become good friends, getting to know each other’s families, which raises the stakes when Wynne realizes that the longer Penkovsky stays in Moscow, the more likely he will be killed for being a traitor.

Director Dominic Cooke’s visual style sets the scene without overwhelming the audience. The set pieces are very intimate from scene to scene, which heightens the film on an emotional level. In the film’s third act, the brutality of Communist gulags paint such a horrifying picture that the threat of the Cuban Missile Crisis doesn’t even need to be shown to understand its severity. Cumberbatch undergoes a disturbing physical transformation from businessman to prisoner. The consequences of his actions underscore the bravery of his choice to make the sacrifice for the greater good.

Weak Spots: With such strong performances from Cumberbatch and Ninidze, the supporting cast simply doesn’t match the quality work of the leads. Despite the good that director Cooke pulls off, it is only his second feature film. The holes in his direction are clear due to a lack of experience, and could have been worse if he didn’t have strong leads to rely on.

The Takeaway: “The Courier” is a true story of patriotism and heroism at their highest level. While it is difficult to tell how many more of these stories are on tap as Hollywood shifts into the era of streaming content, “The Courier” gives moviegoers hope that there are still diamonds in the rough to be found in 2021.

See or Skip: “The Courier” is the best narrative film of the COVID-19 era, keeping the dim light of the cinematic spirit alive.