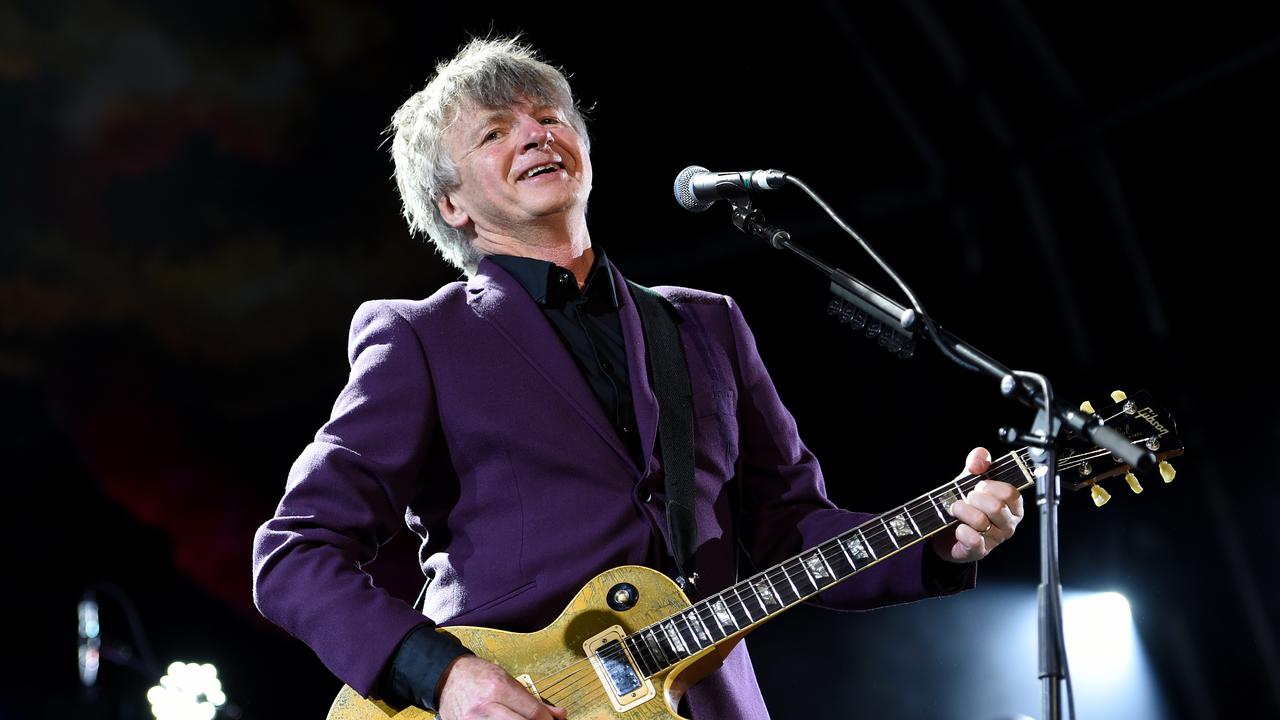 Not that their revival should surprise.

Twenty years before the 2016 shows, Neil Finn and Nick Seymour gave the band’s last rites at the same venue in front of one hundred thousand people.

This time around, as the beloved trans-Tasman outfit return with a string of New Zealand shows, any crowd at all feels like a triumph.

In Wellington, Finn joined founding member Nick Seymour, long-time friend Mitchell Froom, and his two sons Liam and Elroy to trot out the hits once more for around five thousand people.

“My god, playing music in the real world. What a concept,” said Finn. “Everything is such a joyful experience right now. We spent the last few months believing it could happen, and here it is.”

Covid-19 has devastated the music industry, but New Zealand’s elimination and management of the virus has allowed music festivals and major artists to play on through the pandemic.

Except for two brief lockdowns in Auckland, music festivals and touring shows have been purring since spring.

Another Melbourne-formed Kiwi artist — Marlon Williams — is back in action with a monster 28-date tour of intimate venues across Aotearoa.

While Crowded House claims to be the most prominent New Zealand act of all time, they are not even close to the biggest show this summer.

That title belongs to local phenomenon Six60, who lured 32,000 people to Wellington’s Sky Stadium last month as part of their own tour.

“We are saying it is a pandemic world record,” said Maria Robinson, a publicist.

The roots act, which formed a decade ago after flatting together as students at Dunedin’s Otago University, are now setting their sights on another record.

Next month, they will play the first large-scale concert at Auckland’s Eden Park, hoping to sell 53,000 tickets and better their own record for the highest-selling gig.

“New Zealanders are eager to be at shows,” Robinson said. “It takes a band of that caliber to draw people out from throughout the country, and clearly, Six60 have that star power. But look at Marlon, he is playing 28 shows and eight in Auckland back to back.”

“It shows how much appetite there is to be in a live audience again.”

In between classics, Finn, silver-mopped and suit-jacketed, jokes that the black-kilted Seymour is donning “New Zealand tartan” by way of thanks for being allowed into the country for the tour.

The two-hour show includes new music from the upcoming album ‘Dreamers Are Waiting,” concluding with Distant Sun before an encore with David Bowie’s Heroes.

Next is a European tour, climaxing with three London shows at the Roundhouse in June.

Then, another return to the Sydney Opera House? It feels certain — but perhaps when they are not locked out.