The Mexican artist's statuette design is featured along with those of seven others.
By Cesar Arredondo March 24, 2021
Facebook
Twitter
Linkedin
Email 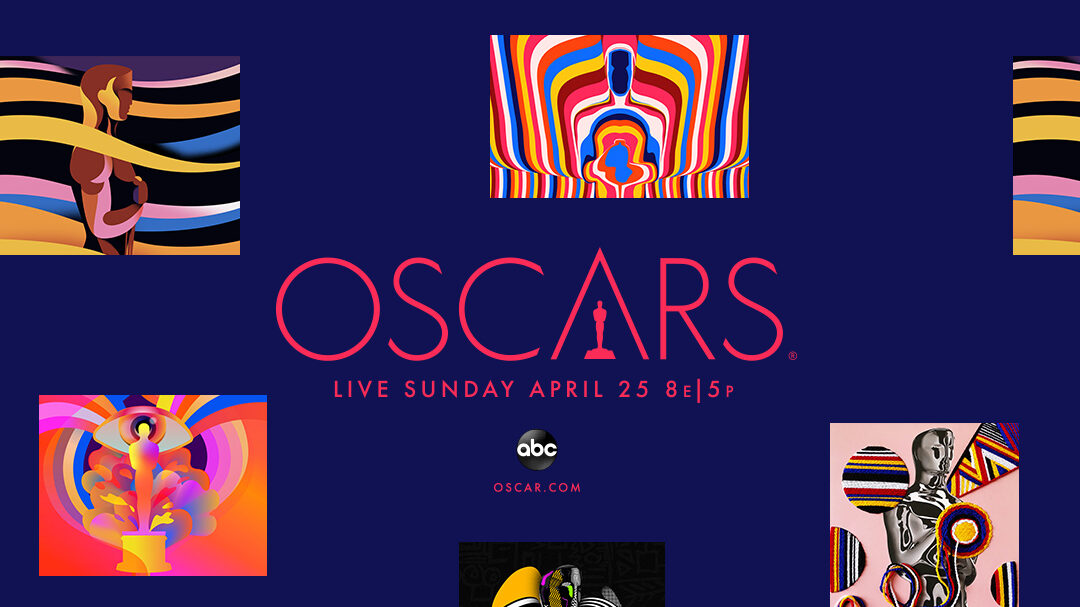 Campaign art for the 93rd Oscars. (Photo courtesy of AMPAS)

The work of Mexican artist Victoria Villasana is featured along with the designs of seven others who contributed to the campaign for this year’s 93rd Oscar awards.

The campaign illustrates this year’s tagline “Bring Your Movie Love,” celebrating “our global appreciation for the power of film to foster connection, to educate and to inspire us to tell our own stories,” the Academy of Motion Picture Arts and Sciences said in a press release.

The academy invited eight international artists to create custom Oscar statuette art inspired by the question, “What do movies mean to you?” In addition to Villasana, the other artists are Temi Coker, Petra Eriksson, Magnus Voll Mathiassen, Michelle Robinson, Karan Singh and Shawna X.

“This year’s campaign features an expanded color palette, broadening the artists’ approach to reimagining the iconic statuette,” the Academy states.

“Ranging across illustration, motion design, painting, photography and textile art, the pieces are drawn from the artists’ diverse personal inspirations and experiences, including theaters of 1920s and ’30s Hollywood, film as both a form of escapism and a bridge of communication, and more.”

Focus on history and culture

Villasana, who was born in Guadalajara, Mexico, is a textile artist interested in history, culture and how people relate to each other through their vulnerabilities in a fragmented and post-digital world. According to her biography on the academy’s website, the dynamism in her work stems from the way the thread is left uncut, far below the frame, giving a surreal and unfinished aesthetic that reflects on the importance of acceptance of change, imperfection and the ephemeral nature of life.

The artist divides her home between Mexico and England and continues to explore her medium through installations, social projects, editorial and commercial work, collaborating with artists, brands and galleries worldwide.

Nominees for this year’s Oscars were announced on March 15. While no Latinos will compete in the Oscars’ major categories this year, several got nominations in sound, special effects and makeup, including Carlos Cortés Navarrete, Santiago Colomo Martínez and Sergio López Rivera.