Sheds light on what happened the evening Higgins said she was raped in an Australian government office. 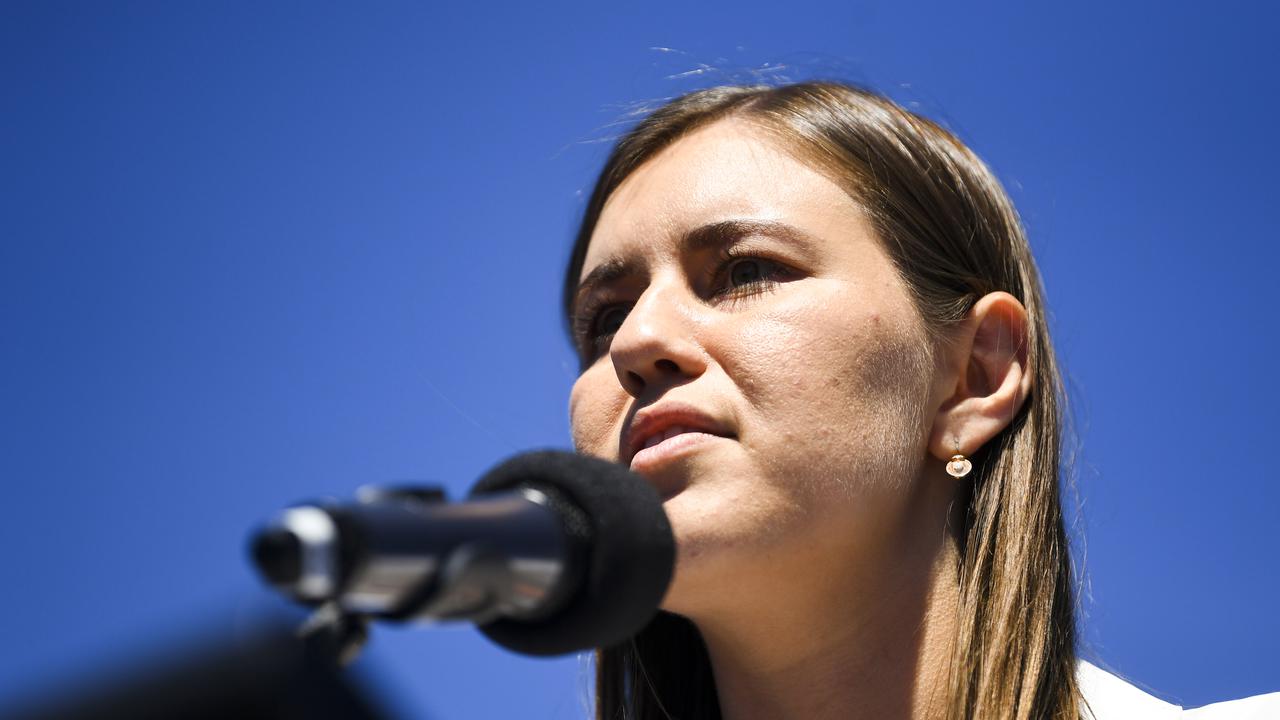 CANBERRA, Australia — On the night of the alleged rape of Brittany Higgins in a Parliament House ministerial office in Australia, a guard on duty has questioned Australian Prime Minister Scott Morrison’s claim, who has called it a “security breach.”

Higgins, a former Liberal staffer, alleges she was raped by a colleague in minister Linda Reynolds’ office in Canberra in March 2019.

“Experienced security guard Nikola Anderson found Higgins naked on a couch in the office after the alleged rape,” said an official.

Higgins and the male colleague turned up at parliament’s ministerial entrance just before 2 am on the day in question and were greeted by Anderson at the security desk.

The male staffer indicated he needed to pick something up from the office, but neither had their parliamentary passes.

Anderson issued them with temporary passes, took them to the office, unlocked the door, and let them in but did not stay.

Higgins alleges she fell asleep on a couch and woke to find her colleague “mid-rape.”

The security video footage shows the man left Parliament House at 2:35 am.

When a colleague informed Anderson that the man had left Parliament House “in a hurry” they notified the night shift team leader that there might’ve been something strange going on.

Anderson was asked to do a welfare check on Higgins, and around 4:20 am found Higgins naked on a lounge.

Noting Higgins was conscious and did not look to be in distress, the guard shut the door and went back to her duties.

The male staffer was sacked, but there has been conjecture as to why.

Last month, the Australian Prime Minister claimed the staffer had been terminated over a “security breach.”

“Their pass enables them to be where they want to be within Parliament House. If they hadn’t worked for that minister, that would be a different story because we wouldn’t have allowed them entry because it’s not their office; they have no business being in there,” she said.

Meanwhile, an investigation into what the prime minister’s staff knew about the alleged has been paused over fears it could interfere with the police investigation.

“It was strongly advisable to hold off finalizing interviews with staff until police could clarify any possible crossover,” said Australian Federal Police Commissioner Reece Kershaw.

He pledged to contact Phil Gaetjens, Cabinet Secretary, to approve restarting the inquiry once it was determined there was no intersection between the investigations.

“The prime minister was unwilling to deal with the substance of the issues and “wants to treat it just as a political problem to be managed,” said Tanya Plibersek, Labor frontbencher.

“That’s bad for Brittany Higgins and bad for other staff in this building who might come forward,” she said.

“It’s also terrible for all Australians who might be considering reporting a sexual assault if they think, how hard it is to get someone to listen and believe me. Why would they come forward? It makes it so much harder.”

Thousands of Australians have rallied across the country, calling on political leaders to make greater strides towards equality and ending violence towards women. They gathered in front of the Parliament House in Canberra, within a few hundred meters of where political leaders can make the changes protesters seek. Thousands joined rallies in Australia’s major cities, i.e., Sydney, Melbourne, Brisbane, and Hobart, on March 15.