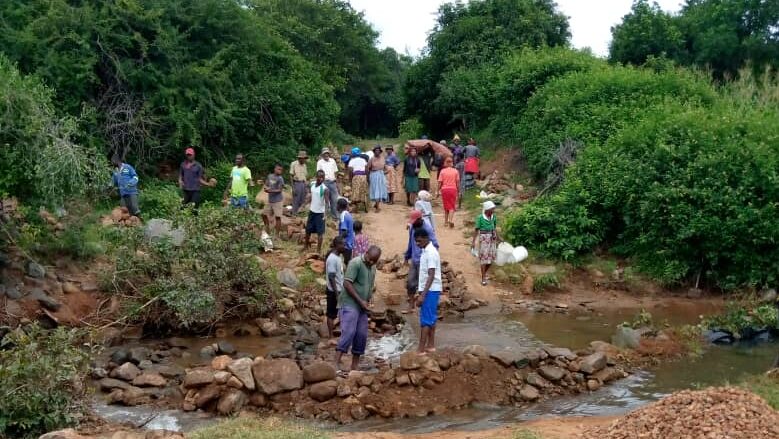 MUTARE, Zimbabwe — Torrential rains that washed out roads and bridges have kept hundreds of children in rural areas of eastern Zimbabwe from attending school for weeks.

A few students have used small boats to brave the raging waters to get to school, as heavy rains have been pounding most of the country, including cyclone Eloise, since January.

In Chipinge district along the border with Mozambique, schoolchildren from Chisumbanje, St. Peters and Checheche primary schools and Takwirira secondary school have been kept away from the flooded Save River.

“It’s a week since schools opened, and I haven’t attended class because the river is full and impassable,” Alfred Masangwi, a seventh-grade student told Zenger News. “I don’t know when I will be able to go to school again.”

Zimbabwe reopened its schools this month for the first time this year since the lockdown due to the COVID-19 pandemic.

For now, Alfred spends the day herding the family’s goats and cattle with his peers, who are also unable to get to school. Two of his cattle were swept away by the raging river two weeks ago while attempting to cross the river, he said.

“The rains have been massive this year, and what we are seeing here are huge amounts of water coming from tributaries such as the Odzi River and Mutarazi River all feeding the Save River, so it might be a month before it becomes passable,” said Alfred’s father, Patrick Masangwi.

In the same province, some 65 kilometers (40 miles) away in Chimanimani, heavy rains swept away bridges and flooded the road, leaving Charles Lwanga High School inaccessible.

In Headlands, two cars and a motorcycle plunged into a sinkhole last week after heavy rains swept away a bridge, cutting links to grain depots, clinics and schools in the area.

The problems caused by the heavy rains are being made worse by Zimbabwe’s aging infrastructure, which has been neglected for more than four decades. The economic decay in the country since the turn of the millennium has strained central government resources even further, now that it is grappling with the COVID-19 pandemic.

“Zimbabwe has faced headwinds over the last decade resulting in a collapse of the economy,” a 2019 report by the African Development Bank on the country’s infrastructure states. “The bank recognizes that poor infrastructure is a critical barrier to accelerating growth and poverty reduction in Africa. Studies have shown that increasing the stock of infrastructure by 1 percent can add up to 1 percent to gross domestic product.”

The Amalgamated Rural Teachers Union of Zimbabwe told Zenger News that its members are facing challenges in getting to work in rural areas where schools are inaccessible due to destroyed infrastructure.

“Some of our members are failing to travel to work right now because major bridges have been washed away, and they cannot access schools. Our roads are suffering from neglect by the government, and it will be difficult for rural dwellers to access key services like education,” and COVID-19 vaccinations,” said union president Obert Masaraure.

The government in February declared a state of disaster for the country’s road network due to the significant damage from this year’s rainy season.

An Emergency Road Rehabilitation Program meant to rebuild the nation’s road network was launched in 2018, but funds were not available until early this year. In February the government announced it was putting $80 million of the program’s $400 million toward emergency road works.

“We are ready to start the work,” said Manicaland Provincial Administrator Edgars Seenza, “but we are waiting for the release of funds, and we are hoping anytime from now the work can begin. We are aware some road sections and some bridges were affected by the incessant floods and communities are stranded.”

Meanwhile, as schools in rural areas remain inaccessible, virtual learning is not feasible because of lack of internet access and the high cost of broadband service.

U.S.-based Freedom House found in 2019 that “internet access remains low in the country mainly because of limited infrastructure, especially in rural areas, where the majority of Zimbabweans are located. Internet penetration rate in the rural areas stands at only 10 percent.”