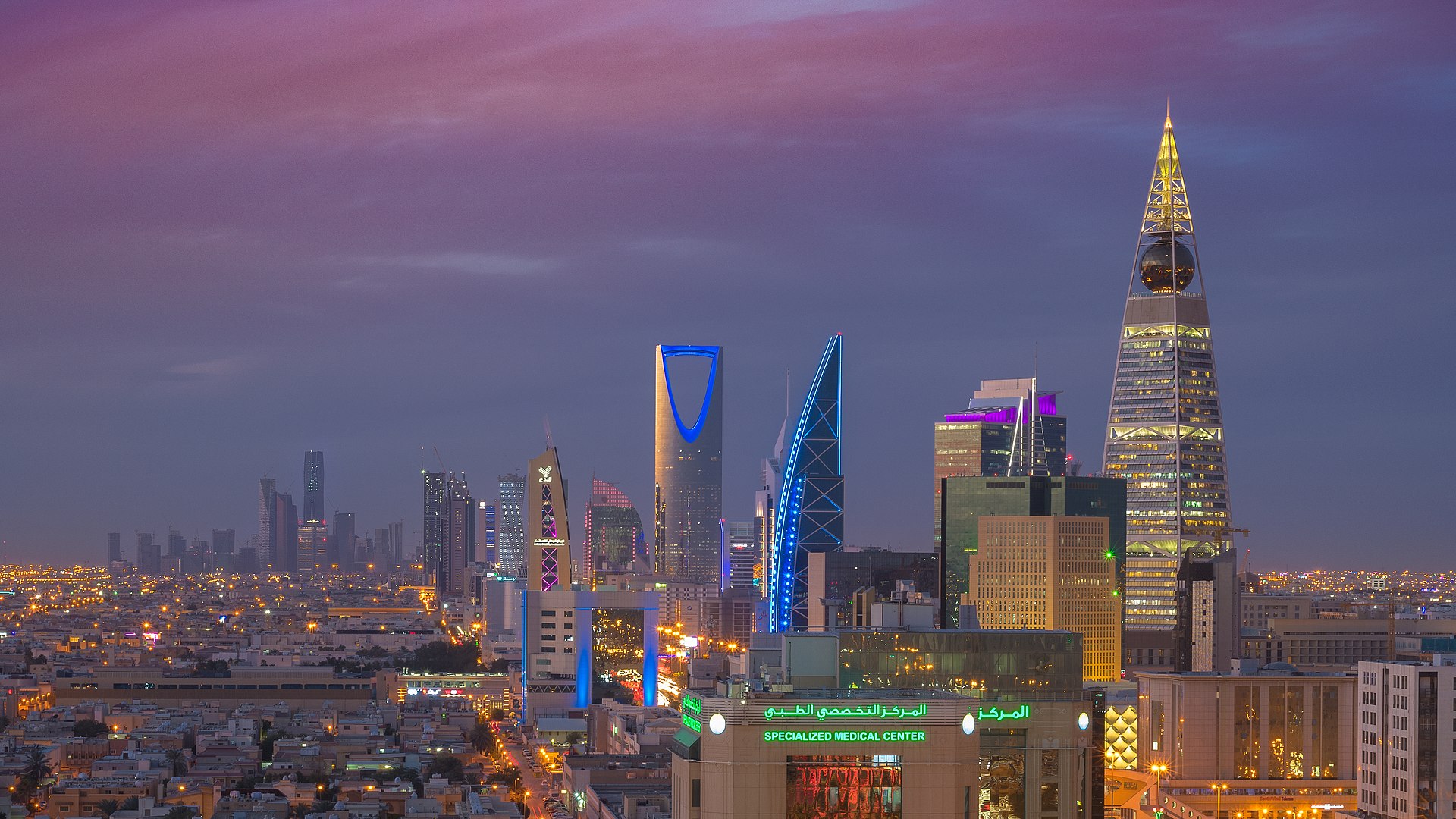 Pakistan attempts to restore relations with Riyadh, the capital and administrative center of Saudi Arabia pictured above. (B.alotaby/Wikimedia Commons)

LAHORE, Pakistan — A day after the release of the United States declassified intelligence report claiming Saudi Crown Prince Mohammed bin Salman had approved an operation to kill journalist Jamal Khashoggi in 2018 in Istanbul, Turkey, Pakistan openly expressed its solidarity with the Kingdom.

“The Saudi government has further underlined that it took all possible measures within its legal system to ensure that the individuals responsible were properly investigated, convicted, sentenced, and that justice was served,” Pakistan’s Ministry of Foreign Affairs said in a press release.

Some analysts believe that Pakistan’s public support is an effort to appease the Kingdom and is likely to be well-received by Riyadh.

“Islamabad, being a traditional ally of Saudi Arabia, was bound to support Riyadh in this situation as many others have done in the Arab world and beyond,” Hassan Khan, an expert on Pakistan’s foreign policy and independent analyst, told Zenger News.

“This has sent a message to Riyadh that Pakistan and Saudi Arabia’s bilateral relationship may have hit a roadblock, but they are bound to bounce back.”

Qureshi demanded that Saudi Arabia call a special meeting of the Organization of Islamic Cooperation, which Riyadh heads, to discuss the issue. He also threatened that if Riyadh failed to take action, Islamabad would go to Muslim countries such as Malaysia, Turkey, and Iran, nations Saudi Arabia considers a challenge to its leadership of the Islamic world.

“The setback in the bilateral relationship was due to some experiment done in Pakistan’s policymaking circles. The experiment involved a push to form an alternative alliance in the Muslim world, but it did not work,” Naveed Ahmad, a Pakistani academic specializing in Middle East geopolitics, told Zenger News.

“Pakistan’s leadership realized its mistake that it doesn’t have a diplomatic or economic muscle to arm-twist Riyadh on the Kashmir issue, and a push may permanently dent its relationship with its long-time patron,” Ahmad said.

Facing a severe economic crisis, Pakistan had taken a $6.2-billion loan from Saudi Arabia in 2018. The loan included a provision of $3.2 billion worth of oil on subsidized rates. Riyadh also threatened to expel thousands of Pakistani workers who send back millions of dollars every month in remittances to keep Pakistan’s struggling economy alive.

“Pakistan’s quick efforts to seek rapprochement with Riyadh after a public spat show that Islamabad is yet to find a balance between Saudi Arabia and the other Muslim countries that Saudi Arabia considers a threat,” Hatim Salman, an analyst at the Digital Rights Foundation in Pakistan, told Zenger News.

“When it comes to Pakistan, Saudis believe you are either with us or against us. This has become a major issue for Pakistan’s foreign policy,” he said.

Sensing that the country’s gamble to push Riyadh to comment on the Kashmir issue has backfired, Pakistan’s military chief not only visited Saudi Arabia twice but also appointed a top-ranking retired general as his country’s envoy to Saudi Arabia.

“General Bilal Akbar’s appointment as Pakistan’s envoy to Saudi Arabia is one of the most serious attempts to seek reconciliation with the Kingdom,” Ahmad said.

“Pakistan’s statement over Khashoggi will show to the Saudis that ‘Islamabad is not a bystander and will stand with Saudi Arabia’, said Hatim.

Hatim believes this support from Pakistan is also what the Crown Prince needs, given the criticism he has drawn globally over Khashoggi’s killing.

“The outcome of the U.S. Presidential Elections has somewhat isolated the Crown Prince internationally,” he said.

Arguably, Saudi Arabia would be happy with Pakistan’s recent rapprochement effort amid debates that Islamabad is considering to shift alliance.

For instance, Saudi Arabia has not asked to repay the remaining $1 billion which Pakistan still owes to the country. Further, Saudi Arabia may again revive the offered oil facility, which it had withdrawn from Pakistan.

In January 2021, Saudi Arabia and the United Arab Emirates asked to return a separate $2-billion loan. Both countries extended the deadline as an indication that they do not want to penalize Pakistan further.

In 2019, Saudi Arabia also pledged to invest around $20 billion in Pakistan. However, after last year’s tensions between the two countries, the investment plans have not materialized.

However, Hassan believes that “it is Riyadh which needs Islamabad’s support given the Crown Prince’s ill-perceived actions in recent years have placed the monarchy in a precarious situation when it comes to its ties with the West, particularly the U.S.”.

For the Saudi leadership, Pakistan’s support remains a key in the Muslim world.

“Saudis believe Pakistan is inseparable from them,” said Ahmad.

Saudi Arabia didn’t overtly penalize Pakistan when Islamabad refused to participate in the Saudi-led war in Yemen in 2014.

“Pakistan, with its refusal in 2014 to participate militarily in the Saudi-led alliance in Yemen, has demonstrated that it had no interest in a commitment that could, even if indirectly, put the country into conflict with Iran,” writes Marvin G. Weinbaum, a political expert based at the Middle East Institute. “Nor does Pakistan have any desire to become involved in the current standoff between the two Gulf countries.”

While Saudis didn’t appreciate Pakistan’s choice, they didn’t term Pakistan’s decision to favor Iran. Arguably, Riyadh understands that pushing Pakistan towards cutting ties with Iran could cause domestic instability and may not be a practical decision.

Thus, Islamabad has used this space offered by Saudis to push for neutrality between Iran and Saudi Arabia. 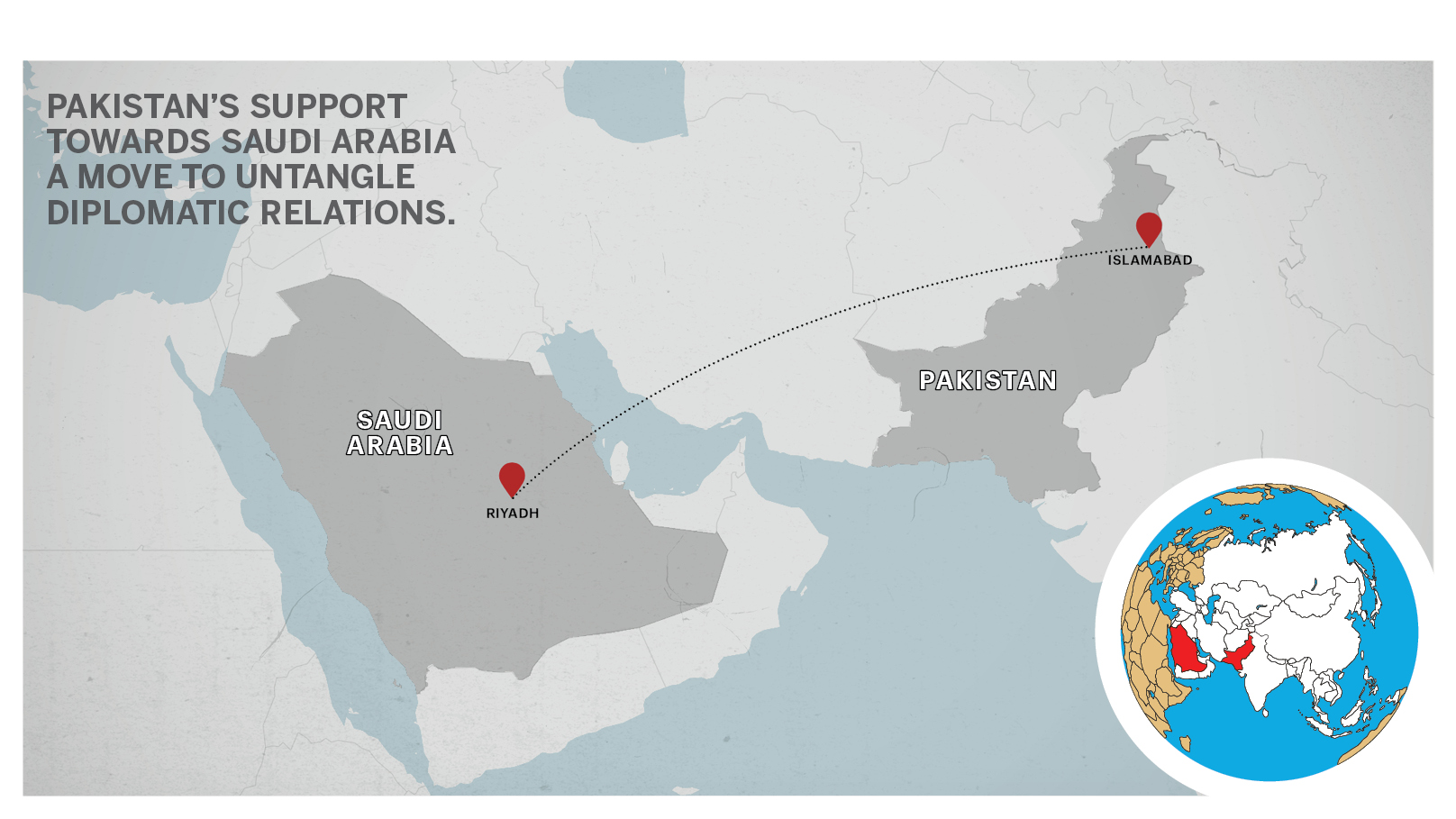 In 2019, Pakistan also offered to mediate between Iran and Saudi Arabia, indicating that the country doesn’t face Riyadh’s pressure as the latter may use it in the future to reach out to Tehran in some capacity.

“The bilateral relationship has gone through so much testing that it cannot be broken by one military General or a Prime Minister’s comments or experiment. Factors such wider public wider, economy, diplomacy, trade, the element of religious tourism, and religious bonding make it impossible for both countries to seek confrontation,” said Ahmad.

The U.S., meanwhile, did not name the Saudi Crown Prince in a Feb. 26 State Department release assessing “accountability for the murder of Jamal Khashoggi”, but warned of a “Khashoggi Ban.”

“The Khashoggi Ban allows the State Department to impose visa restrictions on individuals who, acting on behalf of a foreign government, are believed to be directly engaged in serious, extraterritorial counter-dissident activities, including those that suppress, harass, surveil, threaten, or harm journalists, activists, or other persons,” the release states.

Under the Khashoggi Ban, the U.S. Department of State has imposed visa restrictions on 76 Saudi individuals believed to have been engaged in threatening dissidents overseas, including but not limited to the Khashoggi killing.

“While the United States remains invested in its relationship with Saudi Arabia, President [Joe] Biden has made clear that partnership must reflect U.S. values. To that end, we have made it clear that extraterritorial threats and assaults by Saudi Arabia against activists, dissidents, and journalists must end,” the release further notes.