Naval Group To Spend 60% Of Submarine Contract Value In Australia

The move is expected to support Australian jobs in the defense industry. 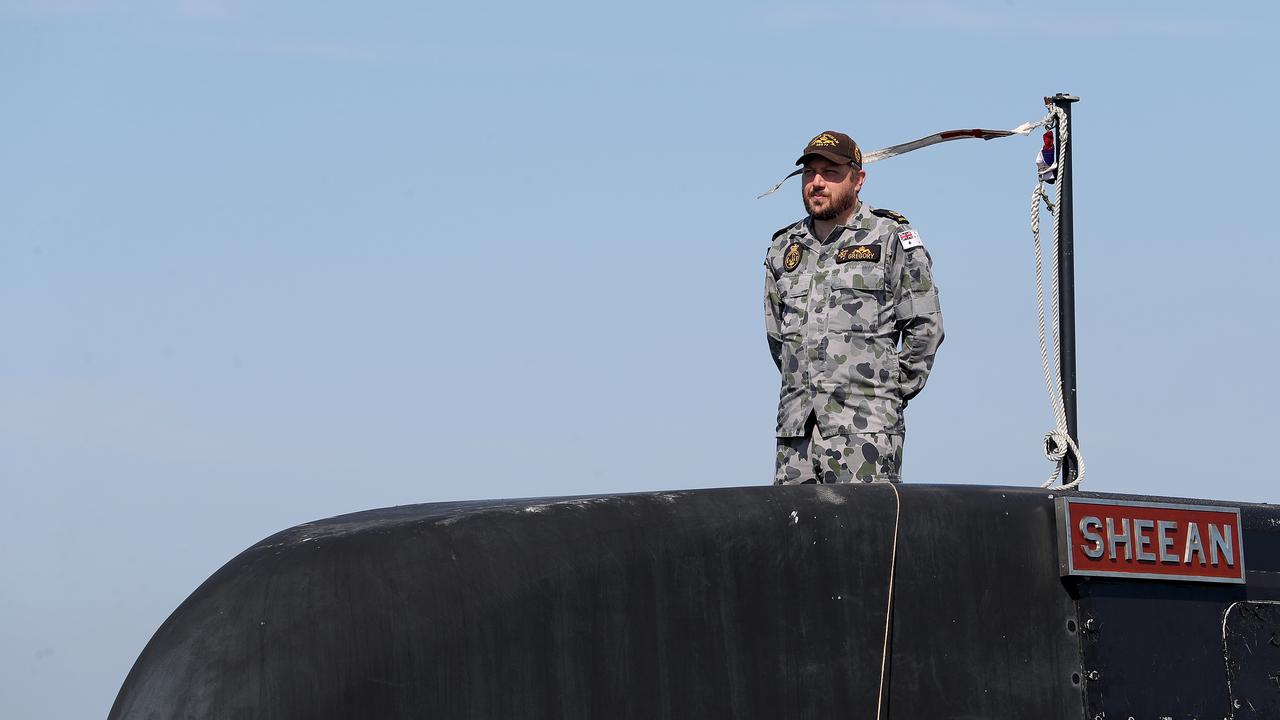 A crew members looks on during a visit by Prime Minister Scott Morrison to HMAS Sheean, a Collins class submarine based at HMAS Stirling at Garden Island, south of Perth, Saturday, October 26, 2019. (AAP Image/Richard Wainwright).

CANBERRA, Australia — Australia’s Future Submarine Program has reached a milestone as negotiations concluded between the country’s Department of Defense and the Naval Group.

The Naval Group and the federal government have locked in a commitment for a local spend of at least 60 percent in constructing Australia’s new submarine fleet. The move is expected to support Australian jobs in the defense industry.

“The commitment had been included in the program’s Strategic Partnering Agreement related to the contract for the 12 Attack Class subs,” the company said on March 23.

“I have been very impressed by the existing capacity of Australia’s manufacturing sector and its enthusiasm for the Attack Class project,” Pommellet said in a statement.

“This program will deliver to the Royal Australian Navy 12 regionally-superior submarines which are specially designed for Australia’s unique conditions.

“But it will also create a new and sovereign submarine building industry in Australia,” he said.

The Naval Group is fully committed to supporting the development of Australia’s sovereign submarine capability, as per the company’s officials.

The Future Submarine Program is the most significant defense capital investment in the history of Australia. “The ‘Future Submarine’ fleet is to replace the fleet of six Collins-class submarines currently operated by the Royal Australian Navy, which without an extension to their service life, are due to be withdrawn from service by 2036,” according to the program’s website.

Design of the Future Submarine has commenced, with platform construction due to begin in 2022-23.

Lockheed Martin Australia was selected as the Combat System Integrator for the Future Submarine Program in 2016. It collaborated with the Australian Department of Defense and the Naval Group to design the combat system.

The Naval Group tweeted and confirmed the commitment on their official Twitter handle.

“We are pleased to confirm that at least 60 percent of the contract value for the 12 new Attack Class submarines will be spent in Australia!” the tweet read.

John Davis, chief executive officer of the Naval Group Australia, explained how his staff was already working with hundreds of local businesses to build greater self-reliance and sovereignty in the Australian defense manufacturing sectors.

“There will be increasing levels of local content in each of the 12 Attack Class submarines, as we continue working with local businesses to boost Australia’s sovereign capability,” said Davis.

“Ensuring that at least 60 percent of the Attack Class contract value is spent locally will create hundreds of Australian jobs, for the long term, in new supply chains around the country.”

However, the program currently experiences a nine-month delay in the design phase against Defense’s pre-design contract.

“As a result, [the Department of] Defense cannot demonstrate that its expenditure of $396 million on the Future Submarine design has been fully effective in achieving the program’s two primary design milestones to date,” the program’s website states.