Ex-rugby league star Hayne has been convicted of raping a woman in 2018.
By Steven Jancetic March 23, 2021
Facebook
Twitter
Linkedin
Email 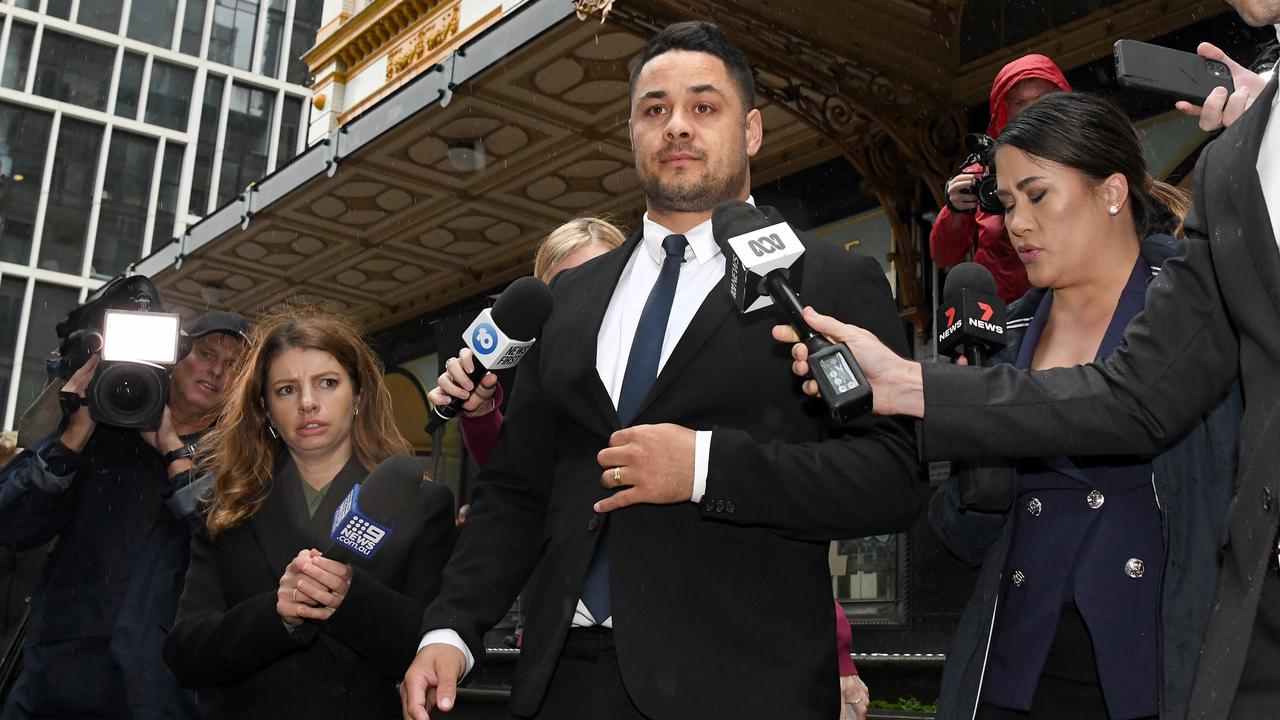 SYDNEY — The New South Wales Police Force has implored survivors of sexual assault to come forward with their stories after fallen National Rugby League star Jarryd Hayne was convicted of raping a woman in her home in Newcastle, a harbor city in the Australian state of New South Wales, in 2018.

Hayne, 33, had denied assaulting the woman, saying the incident in her bedroom had been consensual.

But Hayne was found guilty of two alternative counts of sexual intercourse without consent.

Judge Helen Syme said Hayne would face an “inevitable” jail term and tightened his bail conditions. He’ll face a sentence on May 6 in Newcastle.

“It’s unfortunate, it’s disappointing but at the end of the day they’ve come to a decision and I respect that,” said Hayne to reporters outside court.

Detective Superintendent Stacey Maloney said on March 22 that the woman’s “courage, resilience and steely nature” throughout the court process was laudable.

She acknowledged the legal process could be difficult for victims but encouraged all survivors of sexual assault to come forward and report incidents to the police.

“I’d like to say in terms of victims coming forward, I know there has been a lot of comments around this lately, but we want people to come forward to us, we want to hear your story,” Detective Supt Maloney told reporters.

“We need you to know that we believe you and we’ll be on the journey with you in relation to this process.”

The verdicts came after a Newcastle jury in December proved unable to return verdicts to the same charges. In both trials, the Crown had argued the former State of Origin player felt entitled to sex when he went to the woman’s home on 2018 National Rugby League grand final night, having left his friends at a party.

The woman, then 26, testified Hayne was “rough, forceful and inconsiderate,” despite her protests of “no” and “no Jarryd,” and pushed her face into the pillow before ripping her jeans off.

Hayne testified that the woman had become “filthy” after finding out a taxi was waiting for him outside her home and knew she did not want sex.

But he wanted to “please her” and the pair kissed before he began “consensual oral and digital sex”, he said.

The assault lasted for about 30 seconds before the woman started bleeding from her genitals, court records state.

The Crown successfully argued Hayne had no reasonable grounds for believing the woman would have consented to any sexual activity that evening.

The son of South Sydney, Western Suburbs, Auckland Warriors, and Fiji Test star Manoa Thompson made an immediate impact while forging his own career, bagging 17 tries from 16 games in his maiden National Rugby League season.

Stunningly, while at the peak of his powers, Hayne told teammates he was leaving the Eels to pursue a path to the National Football League.

The bold gamble, and endless hours of hard work and sacrifice, all paid off when Hayne made his National Football League debut — and a winning one — for the 49ers against the Minnesota Vikings at Levi’s Stadium in September 2015.

He announced his retirement from American football in May 2016, saying he didn’t want to learn a new playbook under a fresh coach the following season, and immediately joined the Fijian rugby sevens team.