In three years, the group has removed 3,000 tonnes of trash from the banks of Mumbai's only river.
By Shruti Ganapatye March 23, 2021
Facebook
Twitter
Linkedin
Email 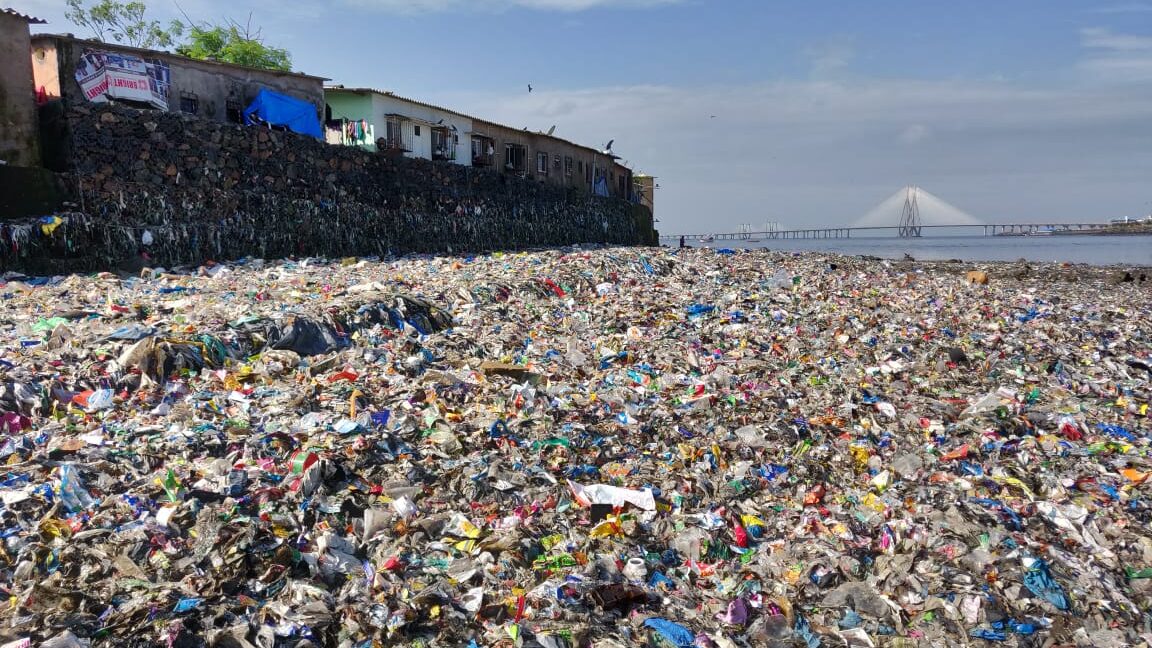 MUMBAI, India — After enjoying a short vacation on pristine beaches in Bali, an island in Indonesia, Malhar Kalambe, then a teenager, wanted to bring a change to his hometown Mumbai and make the city’s beaches clean.

Kalambe started the work on his own after his mother inspired him. He floated the idea before his friends at a school reunion meeting in 2017. Soon ‘Beach Please’ was born.

“After witnessing the condition of the only river in the city, our group decided to clean the Mithi river bank near Mahim just before it merges in the Arabian Sea where no one wants to pay attention,” Kalambe, now 23 and pursuing a law degree, told Zenger News.

“Initially, we did not get a good response from citizens as the area was filthy and full of rotten food, plastic, and used clothes. Debris and open defecation were other issues. But we started with a handful of volunteers and kept at it,” he said with pride.

The mammoth challenge taken up by the group of youngsters has finally seen success as sand at the river bank is visible again. On March 21, Kalambe managed to have over 100 volunteers, all college students, clean up the area. In three years, the youngsters have removed 3,000 tonnes of waste, garbage, and filth from the river bank.

The 11-miles-long Mithi river starts from Vihar Lake in the middle of Mumbai and meets the Arabian Sea at Mahim, where most houses belong to the local fishermen community. A panel set up after the 2005 Mumbai floods caused by heavy rain that killed over 1,000 people had said encroachment on the banks of the Mithi river aided the deluge. Many more slums have come up along the riverbed since then.

Initially, Beach Please members spent from their own pockets to buy hand gloves, masks, axes, and spades. The Municipal Corporation of Greater Mumbai, which is one of the richest civic governing bodies in the country, would lift the collected garbage later.

“This year, for the first time, another group of volunteers arranged a machine to excavate garbage and loosen the sand,” Kalambe said, explaining it was getting difficult to pull out the trash as the garbage layer was thick and trapped inside the sand.

“We were doing it with our hands and spades, but having the machine was helpful.” The group cleans other beach areas in Mumbai as well. The group started their clean-up drive from the Dadar beach. Kalambe even got felicitated for the Dadar beach clean-up initiative from the United Nations Volunteers India.

Among the locals in the Mahim area, Purnima Meher, who says her family’s five generations lived in the area, came ahead to take part in the clean-up drive, but many others just looked on.

“I am proud of these children who come every weekend and clean the riverbank,” Meher, who belongs to the local fishermen community, told Zenger News.

“It is their consistent efforts that we can now see sand on the river bank. But local people should also support them and stop throwing plastic and other things in the river,” she said.

Kiran Dighavkar, Municipal Corporation of Greater Mumbai’s assistant commissioner for the area, said the government “supports the citizens who volunteer for clean-up drives.” “It is a commendable work these youngsters have been doing,” he told Zenger News. 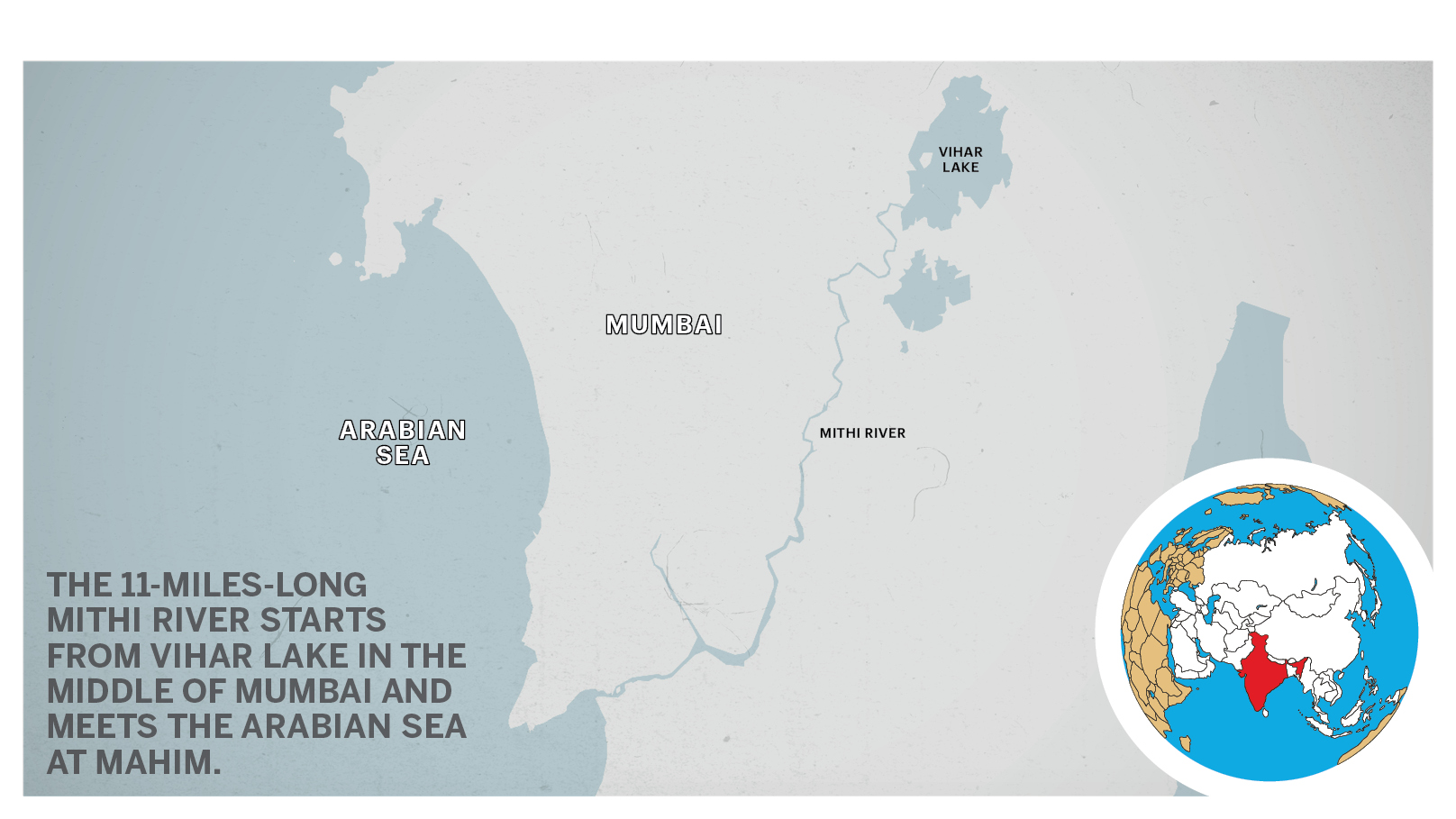 The Municipal Corporation of Greater Mumbai, which has a budget of INR 39,308 crore ($5.4 billion) for 2021-22, allocates a certain portion for the river clean-up every year. The State has spent over INR 900 crore ($124 million) to revive the river, but not much has changed.

The Comptroller and Auditor General had slammed the Municipal Corporation of Greater Mumbai in a March 31, 2016, report. “The pollution level of Mithi river, from Powai and Vihar lakes to Mahim creek, was alarming and severely polluted the sea around Mahim creek,” the report states.

It further states that the Municipal Corporation of Greater Mumbai engaged the Indian Institute of Technology, Mumbai, seeking suggestions on the issue. The report states that the institute suggested in June 2006 that 37 small sewage treatment plants be set up along the Mithi river, which was accepted by the civic body in December 2013.

In November 2020, the civic body decided to allocate INR 569.52 crore ($79 million) to clean up the river under a Mithi river rejuvenation’ plan. It is expected to widen and deepen the river.

Beach Please, meanwhile, will not stop. Their next target is cleaning up the mangrove area of Navi Mumbai where other volunteer groups are also busy hunting and eliminating trash.