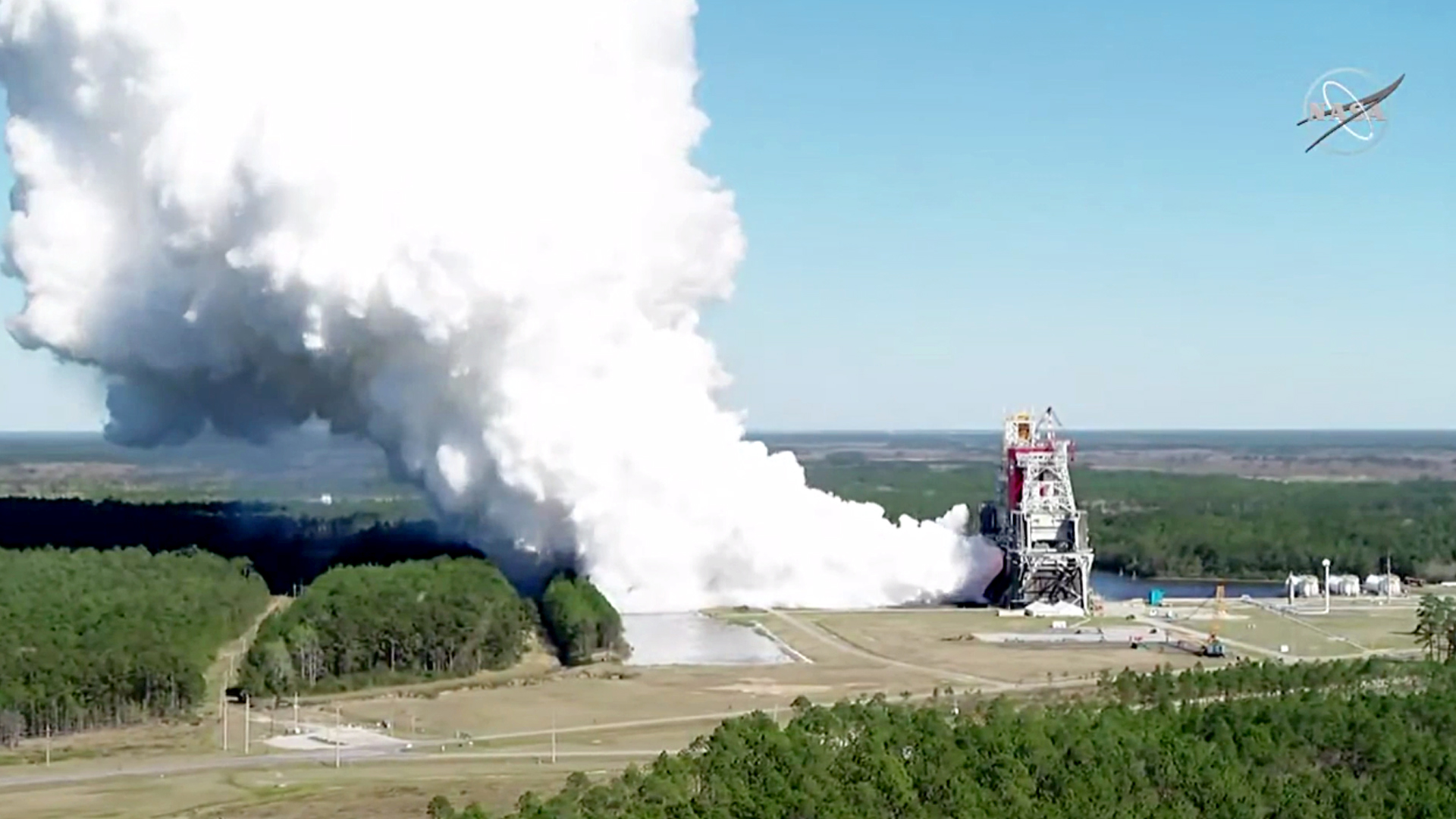 The successful fire test of the core stage for the SLS proved to be an important milestone in NASA’s goal to return humans to the lunar surface.

“The SLS is the most powerful rocket NASA has ever built, and during today’s test, the core stage of the rocket generated more than 1.6 million pounds of thrust within seven seconds,” said Steve Jurczyk, administrator of National Aeronautics and Space Administration. “The SLS is an incredible feat of engineering and the only rocket capable of powering America’s next-generation missions that will place the first woman and the next man on the Moon.”

The liquid hydrogen and liquid oxygen tanks, four RS-25 engines, and the processors, sensors, and avionics that act as the rocket’s “brains” are all located in the core stage.

The RS 25 engine is the main rocket engine used in the space shuttle, while the Space Launch System is the agency’s most powerful rocket that will enable astronauts to explore space more deeply.

The final test of the Green Run sequence was the hot burn. The word “green” refers to the latest hardware used to control the stage, and “race” refers to the first time all the components will be used together at the same time.

“This longer fire test provided the wealth of data we needed to ensure the SLS core stage can power every SLS rocket successfully,” said John Honeycutt, manager for the SLS Program at NASA’s Marshall Space Flight Center in Huntsville, Alabama.

The 212-foot core stage generated 1.6 million pounds of thrust when anchored in the B-2 Test Stand at NASA’s Stennis Space Center near Bay St. Louis, Mississippi.

Artemis will be the first of a series of highly complicated missions that will put the SLS rocket and Orion spacecraft through their paces to prepare crewed missions to the Moon.

The Artemis program is a $30 billion plan to land the first woman and the next man on the Moon in 2024, followed by a crewed mission to Mars. NASA has invested approximately $18 billion in the rocket’s growth.

The Space Launch System (SLS) is the only rocket capable of carrying Orion, crew, and materials to the Moon in a single flight.

«Previous Post
Harvard Prof Insists Earthlings Are Not Alone»Next Post
VIDEO: Space Is Not Quite the Final Frontier for Elon Musk’s Quad-Amputee Astronaut