Freed loggerhead tracked for 320 miles after rescuers release her back into the wild.
By Tijana Milikj March 22, 2021
Facebook
Twitter
Linkedin
Email 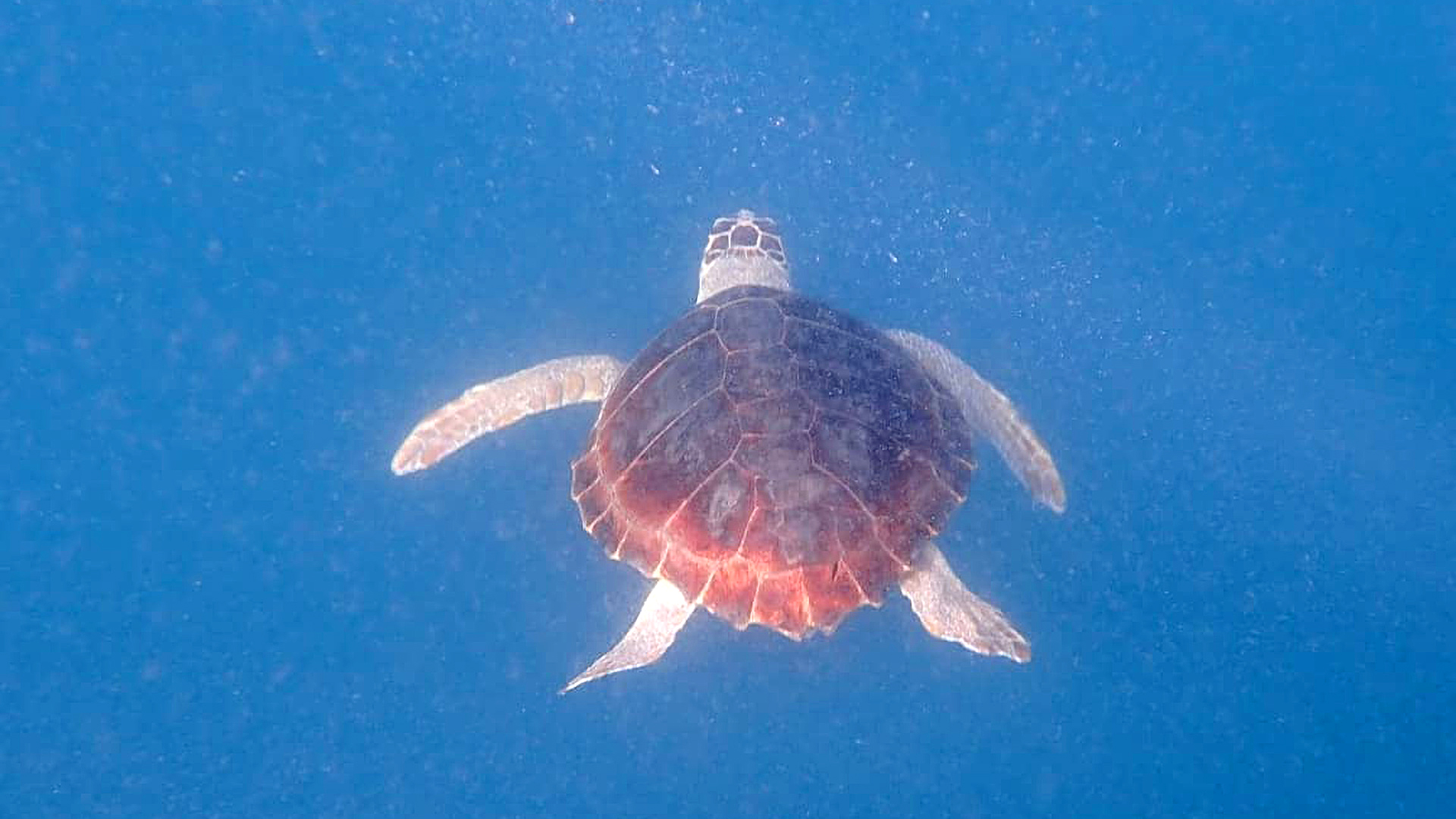 Eleonora the Loggerhead sea turtle, that travelled 520 kilometres in 3 weeks from the Punta Campanella marine reserve in Italy to the island of Sicily. (Amp Punta Campanella Press Office/Real Press)

The turtle weighed 30 kilograms (66 lbs) and was 90-centimeter (35-inches) long. Conservationists rescued her from a marine reserve located on the Sorrento Peninsula in southern Italy on Jan. 7.

The conservationists at the Punta Campanella marine reserve said two fishermen saved Eleonora. The fishermen are collaborating with the conservation project after they found the turtle tangled in a net.

“Understanding their movements and their range is essential to adopt the best conservation measures for a species that is in danger of extinction,” said Raffaele Di Palma, the communications manager for the marine reserve.

Eleonora was transferred to Turtle Point of Portici in Naples, where she underwent a full medical check-up. Staff at Turtle Point, in collaboration with researchers from the University of Pisa, fitted Eleonora’s shell with a GPS-tracking device.

She was released back into the Punta Campanella reserve on Feb. 19. Since then, her movements were tracked using the GPS.

As per data from the device, Eleonora traveled 520 kilometers (320 miles) in her first three weeks of freedom, swimming from Punta Campanella down to the island of Sicily in Italy.

But this was not the first time that fishermen or researchers rescued her. In 2018, she was found tangled in fishing nets off the coast of Livorno, a town in Tuscany. She was rescued, fitted with a GPS device, and released in July 2019. However, the device failed, and all traces of the turtle were lost until her reappearance earlier this year.

It was easy to recognize her because although the GPS device failed, she was fitted with an identification tag in addition to the satellite receiver, said a spokesperson for the marine reserve.

GPS tracking provides staff at the marine reserve with additional information that can be used in their conservation projects.

The loggerhead sea turtle (Caretta caretta) is considered an endangered species by the International Union for the Conservation of Nature. The &ZeroWidthSpace;&ZeroWidthSpace;Punta Campanella reserve works in cooperation with several universities and environmental groups to protect turtles like &ZeroWidthSpace;Eleonora.

The slow-moving animals can weigh up to 450 kilograms (1,000 lbs) and live between 47 and 67 years and face several threats, including pollution, hunting, habitat destruction, and entanglement in fishing nets.

The Punta Campanella marine reserve team has saved four turtles this year and 170 over the last 13 years.

Fishermen net and plastic are proving to be the biggest enemies of marine animals in oceans. As per a study, Portici was the place with the highest concentration of microplastics in seawater with 3.56 items per cubic meter, followed by Tremiti, with 2.2 items per cubic meter.