VIDEO: I Know I’m Polar But I Can’t Bear This Freezing Water 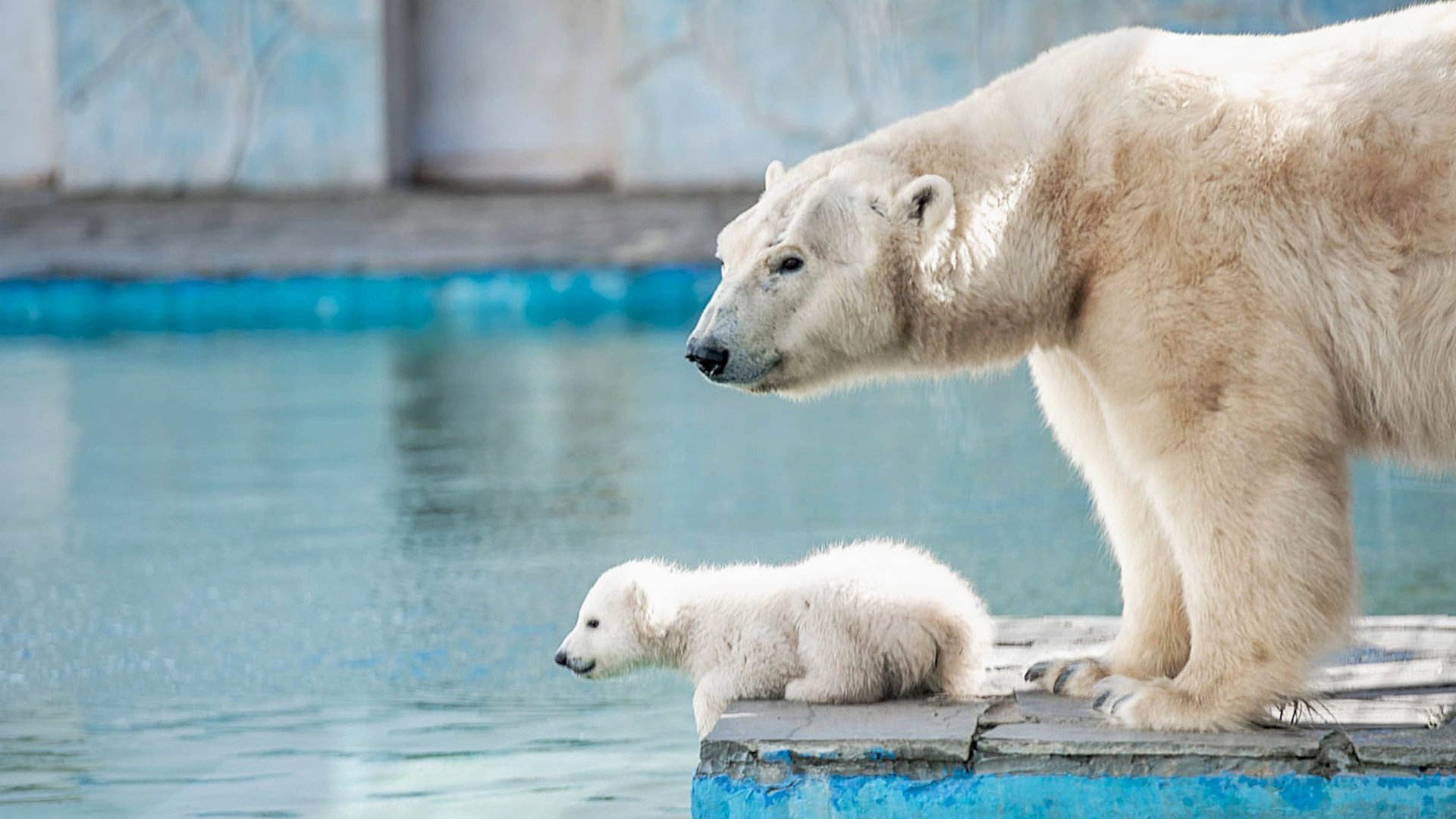 ROSTOV-ON-DON, Russia — A cute polar bear cub is seemingly overwhelmed by the chilly temperature of its enclosure pool after being encouraged to take a dip for the first time by its watchful mother.

The incident was captured in the port city of Rostov-on-Don in the Russian federal subject of Rostov Oblast.

In the video shared by the Rostov-on-Don Zoo, a polar bear mother named Kometa watches her cute cub closely as it enters the pool for the first time. The fluffy cub is visibly shocked by the cold water temperature and immediately looks to get back on dry land.

Ekaterina Kovaleva, Press Officer at Rostov-on-Don Zoo, said that this was the first time the cub entered a pool.

“Polar bear Kometa was born in 2012 in a zoo in the Czech city of Brno. Two years later, she was moved to Rostov-on-Don. Her name was given to her in the Czech Republic,” she said.

Kovaleva said that Kometa was paired with another polar bear named Aion, who arrived from the Izhevsk Zoo in early 2019. He was found and rescued at a location that gave him his namesake.

“The pair was matched within the framework of a program for the formation and conservation of an artificial population of polar bears,” said Kovaleva.

The cub’s future will be later determined by the Union of Zoos and Aquariums of Russia.

A video shared by the zoo on their Facebook page shows the mummy bear showing the cub around the enclosure while preventing the little fellow from slipping into the water.

“Sometimes there are unplanned situations: excessive energy and non-relatability lead to short swim. But usually, a bear is waiting for his mother on the shore, running to her and kissing her,” said the video.

Citizens took to social media to comment on the adorable moment with the bear cub. “Oh, I can’t! She holds it with her paw.”

“How lovely. The most touching video ever!” wrote N touch.

The polar bear is listed as vulnerable in the International Union for Conservation of Nature (IUCN) Red List as their numbers continue to decrease gradually.

The Rostov-on-Don Zoo is one of the largest in Russia, with nearly 90 hectares (222 acres) of land and an incredible 5,000 animals, including tigers, lions, hippopotamuses, and African elephants.

Global warming is the biggest threat to the polar bear population worldwide. Sixty percent of the polar bear population of the world is in Canada. “Polar bears across the Arctic are up against a huge problem: the loss of their habitat as the Arctic warms and sea ice disappears. The bears need sea ice for moving around, finding a mate, and hunting. Until the summer sea ice stops shrinking, their survival is under threat,” as per World Wide Fund.

“Polar bears are also showing other signs of climate change-related stress. Because the ice is breaking up earlier, there are declines in both young and old bears’ survival rates. The bears are also thinner,” the website stated.