Wristwatch goes back to relatives 70 years after its owner was murdered in a concentration camp.
By Peter Barker March 22, 2021
Facebook
Twitter
Linkedin
Email 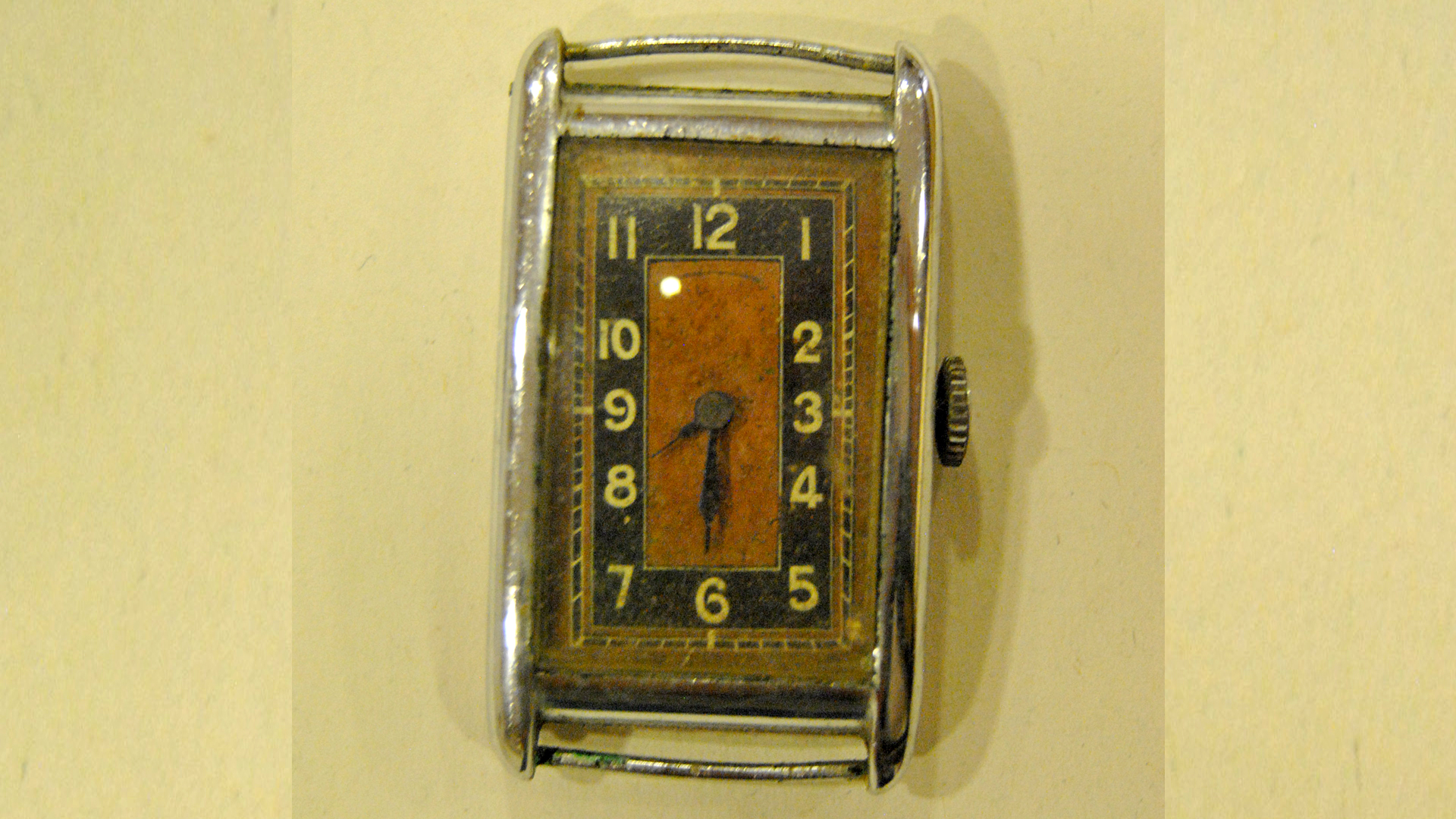 The watch will be returned to the family of Joan Llado, that was taken from the then 31-year old man before he died in the Nazi concentration camp. (Departament de Justicia/Newsflash)

ELS LÍMITS, Spain — A watch belonging to the age of World War II was recently returned to the family of a man who had it taken from him by Nazi guards at the concentration camp he died in over seven decades ago in the 1940s.

The family of Joan Llado recently recovered a wristwatch taken from the then 31-year-old man before he died in the Nazi concentration camp of Ravensbruck in Northern Germany in 1944.

“The wristwatch was returned to the relatives of Joan Llado March 19, 77 years after it was taken from him,” said Ester Capella, the Minister of Justice for Catalonia.

The watch has been part of the ‘Stolen Memory’ exhibition hosted by the Exile Memorial Museum (MUME) in the La Jonquera municipality in the northeastern Spanish region of Catalonia. This museum in the border town of La Jonquera recreates the experience of exile in a very didactical way, covering from the Spanish Civil War to democratic transition.

The ‘Stolen Memory’ exhibition focuses on telling the story of the holocaust through everyday belongings that had been confiscated from people arrested by the Nazis. Amongst the items at the exhibition was Joan Llado’s wristwatch.

Joan Llado was born in the town of Manresa in Catalonia on December 13, 1914. During the Spanish Civil War in 1939, Joan fled the country and sought refuge in France.

However, Joan escaped the war in his home country only to witness the invasion of France by Germany in 1940.

In March 1944, Joan was arrested by the German Gestapo in the north-western French town of Rennes, accused of being a member of the French resistance who was fighting to liberate the country from German occupation.

Joan was deported to Northern Germany, where he was imprisoned in the Ravensbruck concentration camp, where his name was replaced with his prisoner number 30857.

Joan died of pneumonia in the camp in April 1945, just five days before the Soviet Union liberated it.

MUME was aware of whom the watch belonged to but did not know that Joan had living relatives let alone that they were in Catalonia.

Eric Torra, Joan’s grandson, reached out to the MUME after finding his grandad’s name on a list of 50 Spaniards arrested by the Nazis in the town of Rennes in 1944.

After confirming that the wristwatch was taken from Eric’s grandad 77 years ago by Nazi soldiers, the MUME decided the watch should be returned to Joan’s family.

As per the French Defence Historical Service reports, 85,310 French military personnel were killed, 12,000 were reported missing, 120,000 were wounded, and 1,540,000 prisoners (including 67,400 Maghreb) were taken during the Second World War that lasted for almost seven years.