The Rise And Fall Of Rugby’s Jarryd Hayne 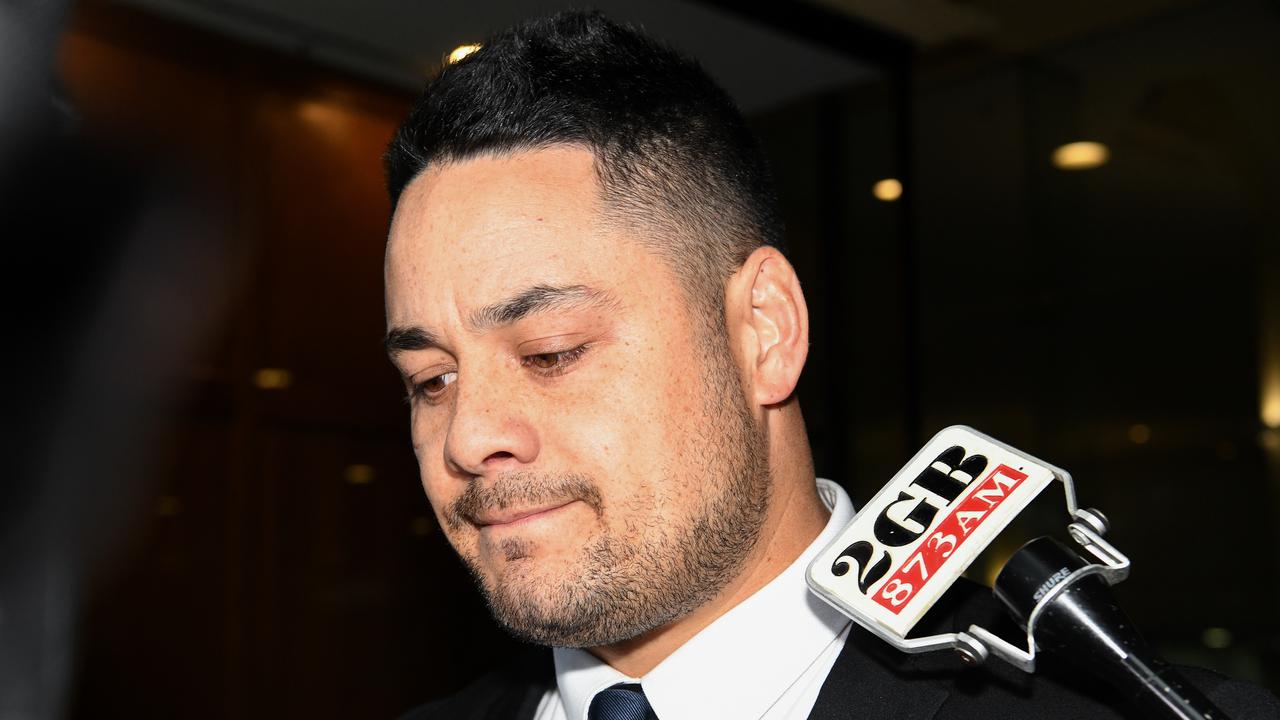 Jarryd Hayne denied any criminality but said he regretted what happened between the pair.

SYDNEY — From rugby league royalty to a jail cell, the fall from grace for Jarryd Hayne has been steep.

A Sydney jury found the 33-year-old guilty of sexual intercourse without a woman’s consent in her home in Newcastle, a harbor city in the Australian state of New South Wales, in 2018. It was the same night as the National Rugby League grand final, and Hayne had been at a party.

He denied any criminality but said he regretted what happened between the pair.

In any other year, had his life not taken such a dramatic turn, the game-breaking fullback may have instead been starring himself on the rugby league’s biggest stage.

Like he did in 2009 after leading Parramatta to the premiership decider against Melbourne with an electrifying run of sustained form not seen by an individual before or since.

The grand final was where Hayne belonged or in the Origin cauldron or at Rugby World Cups for sheer talent.

From the moment he debuted for the Eels, an Australian professional rugby league football club based in the Sydney suburb of Parramatta, as an 18-year-old in 2006, Hayne had the sporting world at his feet.

Esteemed track coach Roger Fabri said he could have been an Olympic sprinter, but Hayne initially chose rugby league.

The son of South Sydney, Western Suburbs, Auckland Warriors, and Fiji Test star Manoa Thompson made an immediate impact while forging his own career, bagging 17 tries from 16 games in his maiden National Rugby League season.

He was the league’s rookie of the year and swiftly thrust into the Kangaroos’ squad. Origin and Test call-ups came the following year, then came to a $2-million contract extension in 2008.

In 2009, Hayne was simply sublime, claiming his first Dally M Medal after racking up an unprecedented six successive man-of-the-match awards en route to Parramatta’s incredible run to the grand finale.

With the Storm subsequently being stripped of the title, many claimed Haynes’ Eels should have been handed the premiership.

They weren’t, but the “Hayne Plane,” as Hayne was claimed popularly, continued to soar anyway.

The fullback was New South Wales’ player of the series when the Blues finally broke Queensland’s eight-year streak of Origin triumphs in 2014, the same season he collected a second Dally M Medal.

Stunningly, while at the peak of his powers, Hayne told teammates he was leaving the Eels to pursue a path to the National Football League.

The bold gamble, and endless hours of hard work and sacrifice, all paid off when Hayne made his National Football League debut — and a winning one — for the 49ers against the Minnesota Vikings at Levi’s Stadium in September 2015.

He announced his retirement from American football in May 2016, saying he didn’t want to learn a new playbook under a fresh coach the following season, and immediately joined the Fijian rugby sevens team.

Hayne played five games at the London Sevens at Twickenham but failed to make the 2016 Rio Olympics squad.

It would later come to light that a woman accused Hayne of rape at his Californian apartment in 2015 after the pair met at a bar while playing for the 49ers.

She filed a civil rape lawsuit in December 2017, but the matter was resolved in August 2019, five months before it was due to go to trial.

Professionally, Hayne returned to the National Rugby League, firstly via the Gold Coast Titans, before making a much-hyped comeback to Parramatta in 2018.

But he was unable to scale his previous dizzy heights.

Hayne has been found guilty of two counts of sexual assault, having known or been reckless to the fact the woman was not consenting.

He was charged by the Sydney police in November 2018 after a then-26-year-old woman alleged he raped her. He faced a jury trial in Newcastle in November and December 2020 after a delay due to the pandemic.

Hayne would be sentenced at a later, but the court said a jail term was “inevitable”.