The Sheriff’s Office said the accused would remain in jail with no bond allowed
By Maja Mishevska March 22, 2021
Facebook
Twitter
Linkedin
Email 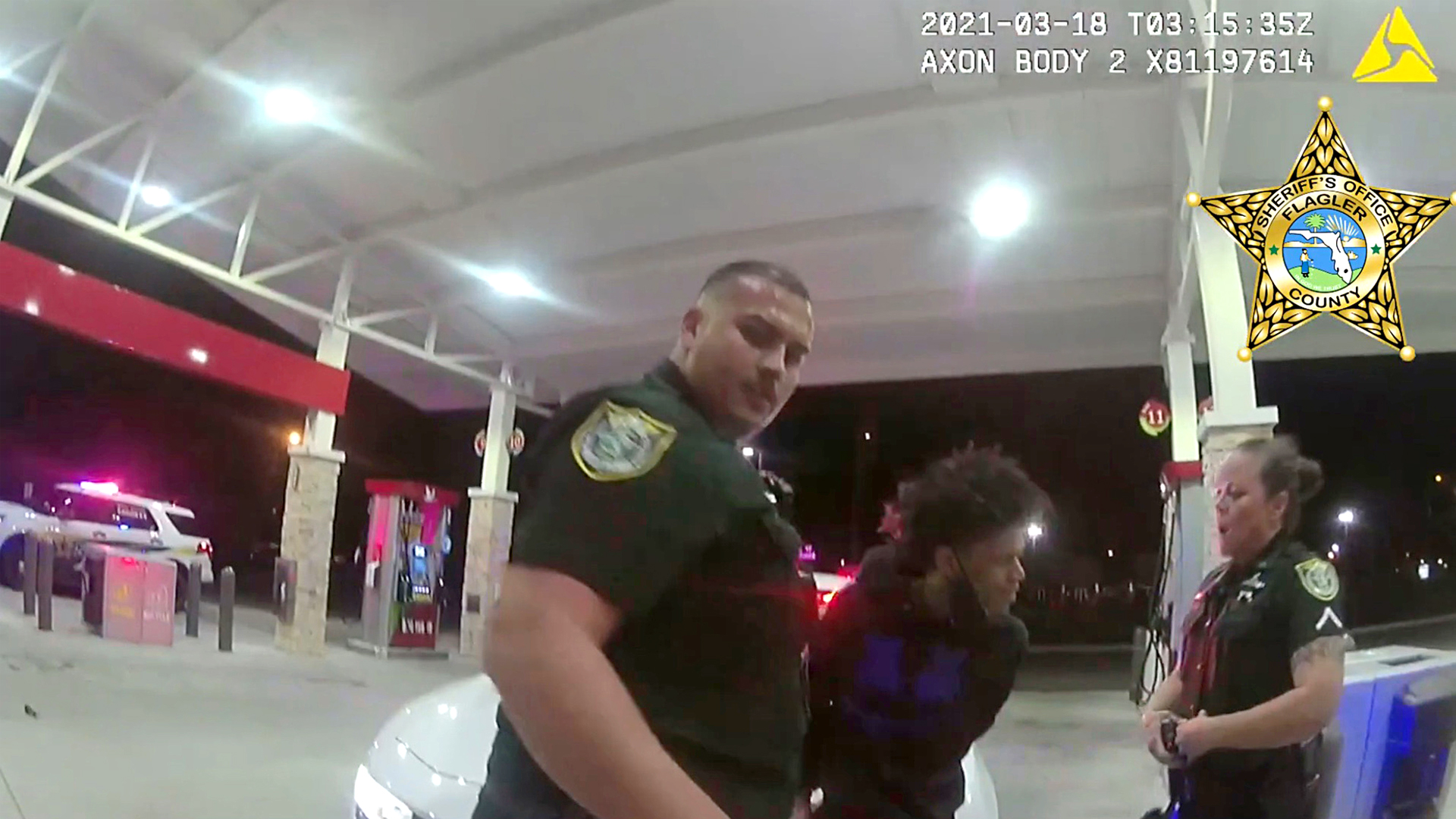 PALM COAST, Fla. — A wanted fugitive with an active warrant for homicide was caught during a routine vehicle checkup for speeding in Florida on March 17.

The incident took place in front of the Wawa convenience store on SR 100 in the city of Palm Coast, in Flagler County. The suspect was identified when deputy Crista Rainey from the Flagler County Sheriff’s Office conducted a traffic stop on a white Dodge Charger that was speeding at over 63 mph (101 kph) in a 50 mph (80 kph) zone.

The deputy immediately noticed the strong smell of marijuana coming from the vehicle. The officers couldn’t identify the driver but the passenger, identified as 21-year-old Shaquan Moore, denied having any cannabis or other narcotics in the car or on them.

The Flagler County Sheriff’s office shared body camera footage of the incident on their Facebook page, writing, “Several verbal warnings were given to Shaquan to stop resisting, or he would be tased.”

The driver exited the car on deputy Rainey’s commands and was placed in handcuffs inside the patrol vehicle for the time being, as the deputy was conducting further investigation on the two. Moore was then also asked to exit the car and immediately began to show resistance and even tried to run away as the deputy was attempting to handcuff him as well.

Deputy Aaron Clay and Deputy Aaron Beausoleil soon arrived on the scene as a back-up. In the video, officers gave Moore multiple orders to stop resisting and warned him that officers would tase him, all of which proved ineffective. One of the deputies deployed his taser, striking Moore four times; they finally managed to handcuff him safely.

A loaded 9mm handgun was then discovered in Moore’s waistband. Upon further investigation, deputies found that Moore was a wanted fugitive from Fulton County, Georgia, with an active warrant for homicide.

After being checked-up for minor abrasions he suffered during the confrontation with the deputies, Moore was jailed and charged with resisting arrest with violence and possession of a concealed Firearm, as well as for the Fulton County warrant.

The Sheriff’s Office said he would remain in jail with no bond allowed. On the other hand, officers gave the driver a verbal warning for speeding and possession of the small amount of cannabis that officers found upon searching his vehicle, after which he was released.

“This goes to show that no traffic stop is ‘routine’ and a simple speeding violation can quickly escalate into a violent encounter with a very dangerous individual,” said Sheriff Rick Staly.

“DFC Rainey had no idea that she was pulling over a fugitive wanted for murder. This could have easily turned into a deadly encounter. Still, our deputies reacted quickly, used their training to take this suspect into custody safely, and, thankfully, God was watching over our deputies last night,” he said.

About 21 percent of the total state and federal prisoners in the US possessed or carried a firearm when they committed a crime as per a report on Source and Use of Firearms Involved in Crimes.

“An estimated 287,400 prisoners had possessed a firearm during their offense. Among these, more than half (56 percent) had either stolen it (6 percent), found it at the scene of the crime (7 percent), or obtained it off the street or from the underground market (43 percent). Most of the remainder (25 percent) had obtained it from a family member or friend or as a gift. Seven percent had purchased it under their name from a licensed firearm dealer,” the report states.