Officer was assisted by another citizen who was able to rescue the driver from the burning car
By Maja Mishevska March 22, 2021
Facebook
Twitter
Linkedin
Email 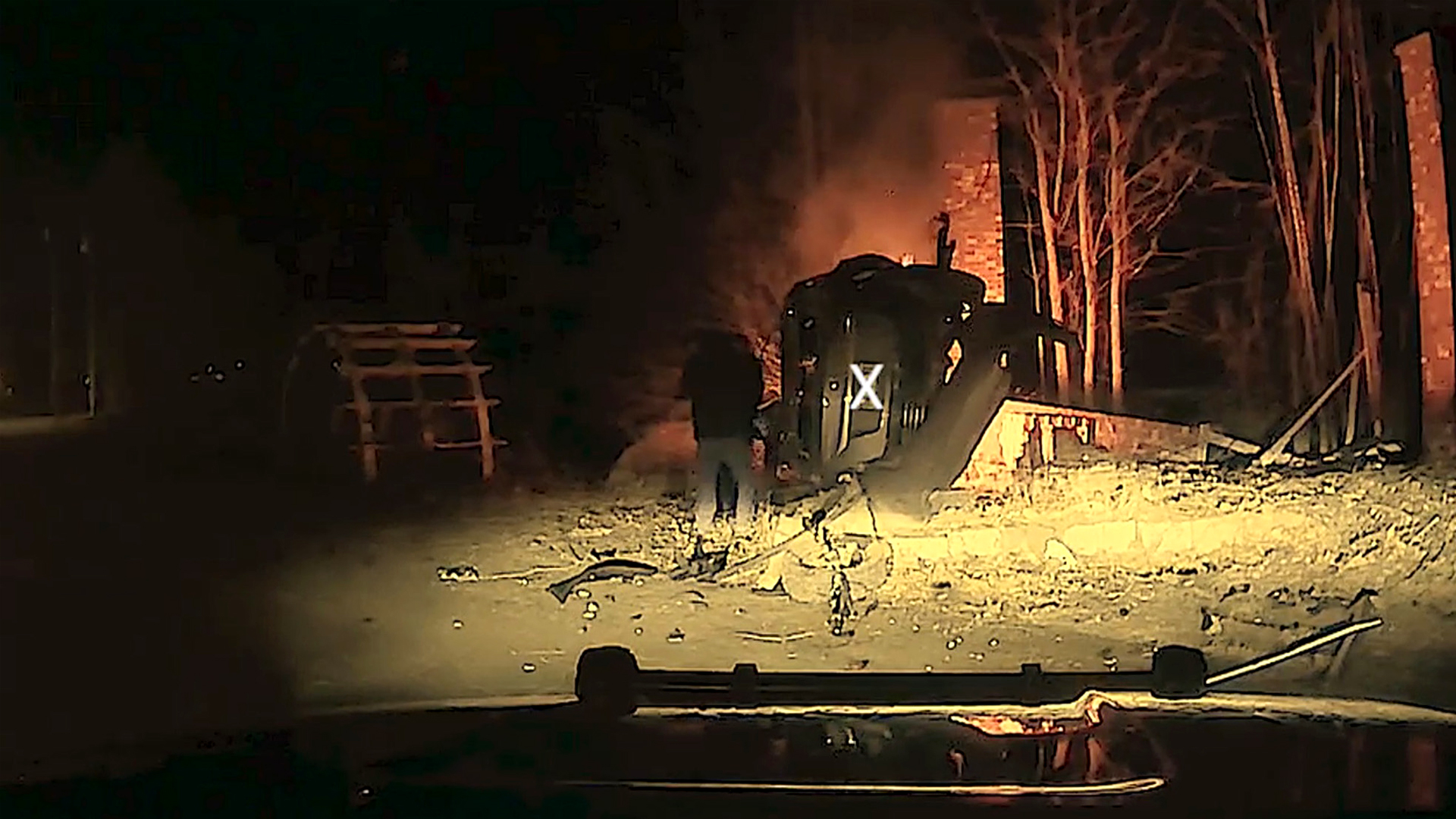 A police officer pulls a young driver from a burning car in Maine, USA. (McfallsPD/Clipzilla)

MECHANIC FALLS, Maine — A heroic officer risked his life to save an injured young man stuck inside his burning car after he rolled off the road into a ditch and landed sideways.

The incident took place on Lewiston Street in Mechanic Falls, in Androscoggin County, in the US state of Maine, on March 17.

Officer Chasse from the Mechanic Falls Police Department was dispatched to the location after receiving a 911 call reporting the accident.

Upon arrival, Officer Chasse immediately jumped into action to help the victim and started to peel off the crashed vehicle’s windshield. As he was doing that, a fire broke out from the car, making the rescue operation even more dangerous. Still, the officer remained on the scene and managed to separate the car’s windshield with the help of a citizen who was on his way to work and stopped to assist.

The police department shared a video of the officer’s heroic efforts on Facebook, writing, “Thank you to Officer Chasse. Your actions exemplify our department, town, and profession.”

“If not for Officer Chasse’s quick and heroic actions, the occupants’ outcome may not have been the same.”

The two were then able to pull the injured driver out of the burning vehicle, and because of his severe injuries, Chasse had to carry him away to safety, police said.

The driver was a 20-year-old Norwegian Aryn Johnson, who was reportedly passing through the area when his 2015 Nissan Altima struck some rocks, rolled over the side of the road, and landed sideways down a ditch.

It is unclear who was the one to report the incident and call for help. Citizens lauded Chasse for his excellent work on social media.

“To Officer Chasse… I must tell you how lucky that young man is that you were on the scene. I lost my 30-year-old son in a similar fiery crash, and no one was around. His parents should be very grateful,” commented Sandy Nyberg on the police department’s post.

“Great hearing about the passer-by that stopped as well. The silent hero. Great job to all,” wrote Mike O’Leary.

In 2018, about 12 million vehicles were involved in crashes in the United States, according to a study on road accidents.

“The United States is one of the busiest countries in terms of road traffic with nearly 280 million vehicles in operation and more than 227.5 million drivers holding a valid driving license. The level of traffic is one of the reasons leading to more traffic accidents,” the study states.

Despite the growing road traffic, the number of traffic-related fatalities has reduced between 2018 and 2019.