Many thought that the decision to leave Televisa would mark the end of his career, but it was the beginning of a new adventure.
By Julio Martínez March 22, 2021
Facebook
Twitter
Linkedin
Email 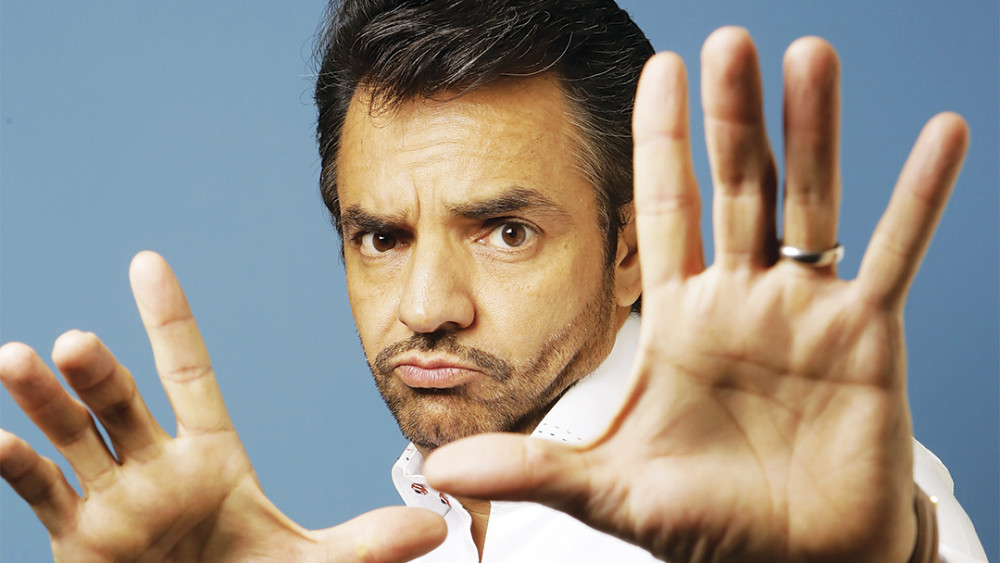 Eugenio Derbez is one of the most successful comedians and comedy directors in Mexico. (Socorro Rodríguez / Flickr)

When Eugenio Derbez decided it was time to leave Televisa — at the time, the largest Spanish-language media conglomerate in Latin America — and expand his horizons in 2011, many thought his decision would be the end of his career, but it was only the beginning of his crossover career into Hollywood.

Eugenio Derbez is among Mexico’s most successful comedic actors and directors. Born into entertainment royalty in Mexico City, he is the son of Silvia Derbez, a highly regarded Mexican film and television actress. Derbez followed in her steps, only on the comedic side, and soon was working under an exclusivity contract at Televisa.

He played one of his most famous characters in the Mexican family sitcom “La Familia P. Luche,” which he created and which ran for ten years.

Derbez’s first foray into the U.S. came in 2005 when he was cast in Rick Najera’s theatrical production “Latinologues.” The play ran for three months on Broadway at the Helen Hayes Theater.

He also starred in the Mexico–U.S. bilingual feature “Under The Same Moon/La Misma Luna,” written by Ligiah Villalobos (“Go Diego Go”). Made for $2.7 million and earning $23.3 million at the box office, the film was a bona fide indie hit.

An audition in 2011 for Adam Sandler’s “Jack and Jill” landed him his first studio film co-starring role alongside Sandler, Katie Holmes and Al Pacino. He had gotten Hollywood’s attention.

Many Latinos knew of his work in Mexico and came out in droves to see the Latino star. Derbez was undoubtedly encouraged by the film’s success, which to date is still the most profitable Spanish-language movie in America.

“I remember a U.S. cinema-goer thanking me for ‘Instructions Not Included,’” recalled Derbez in a 2019 “Deadline” interview. “The person who saw the film told me, ‘That’s the first time I’ve seen a Latino in a movie here where they’re not criminals.’ My character didn’t speak English, but he was a great dad, he was a hard worker, he was a good guy.”

Derbez moved to Los Angeles in 2013 and in the following year ramped up a partnership with Pantelion’s former president of production, Benjamin Odell. Together they founded 3Pas Studios (“tripas,” which means “guts” in Spanish) with the mission of focusing on Spanish- and English-language films targeting all audiences and specifically U.S. Latinos.

“How to Be a Latin Lover” was Derbez’s next lead role. It was a U.S. film for Lionsgate.

In this comedy film, he plays Maximo, a gigolo dumped after 25 years of marriage. He now has to survive until he finds his next rich wife. The film was made for $10 million, grossed $62.5 million worldwide, and continued to solidify Derbez’s star power.

“How to Be a Latin Lover” further cemented his standing as one of the few Mexican actors with international crossover appeal, an actor who can “open a film.” In Mexico, Derbez would get the American film dubbing gigs for movies such as “Shrek,” but he was now starring in them. Recently he starred alongside Anna Faris and Eva Longoria in Lionsgate’s “Overboard,” and in Sony’s “Miracles From Heaven,” he played Dr. Nurko opposite Jennifer Garner.

Recently 3Pas upped their production team to keep up with their projects, bringing on board Carlos Aguirre as their V.P., Features, Sonia Gambaro (V.P. of Television), and Javier Williams (SVP of Spanish Content).

Williams, who has been working in Mexico for more than 25 years, heads 3Pas Studios’ new production services company, Visceral, which includes two production arms, Offa Entertainment and Banana Media, focusing on a range of unscripted as well as scripted programming.

Former Televisa producer Pablo Calasso has also been brought on board to run Offa Entertainment and Banana Media’s day-to-day operations. Based in Mexico, Calasso is versed in producing both scripted and unscripted content. The studio intends to create content for bilingual and multicultural audiences, which means planting roots both in the U.S. and in Mexico.

“Variety” called Derbez “the most influential Hispanic male in the world” while he was capturing the attention of the number one film-going audience per capita in the U.S., Latinos. The production company has successfully developed numerous bilingual and English language series and features for this coveted demographic, including “How To Be A Latin Lover” and “Overboard.”

With a first-look deal in place with Lionsgate’s Pantelion Films and a first-look T.V. deal with Universal Television, 3Pas is set to start rolling out its new projects.

In varying stages of production, they include “Ponce,” a dramedy about Spanish explorer Juan Ponce de Leon and his legendary quest for the fountain of youth, as well as remakes of the Argentinian comedy “Un Cuento Chino.” The latter tells the story of a Mexican, a Chinese boy and the cow that brought them together. The studio is also developing the French comedy “The Valet,” a remake of the 2006 French comedy from Francis Veber about a parking valet, and “Ms. Granny,” a story about a woman in her 70s who magically finds herself in the body of her 20-year-old self.

On the animation side, Derbez is slated to voice the lead “mouse” on the Warner Bros. film “Speedy Gonzalez,” about the iconic mouse character from “Looney Tunes.” He will also serve as executive producer under the 3Pas banner.

When asked about the 3Pas schedule for 2021, Odell said, “Unfortunately, right now, we have a couple of big projects prepping and need all our attention on them.  Please, check in July when we are out of the weeds.”

As Derbez and Odell continue to move through the “weeds,” Derbez is convinced that something is changing in America. In the “Deadline” interview, he said, “there are a lot of people who want to see themselves reflected on screen. Now it’s time for Latinos. There are 58 million of us in the U.S. So, in Hollywood, it’s not about just hiring a Martinez or a Hernandez — screw that — it’s about telling stories that are interesting to different kinds of audiences.”

Derbez and producing partner Odell know this better than most, given the growing success of 3Pas Studios. “We need different types of stories,” Derbez said. “Stories that can inspire and make us feel good. That’s the way to conquer the Latino market.”