Empty Bags: Older Adults In Mexico Are Out Of Work

The elderly did not have job security before the pandemic. Now, things look worse for them.
By Carlos Ramírez March 22, 2021
Facebook
Twitter
Linkedin
Email 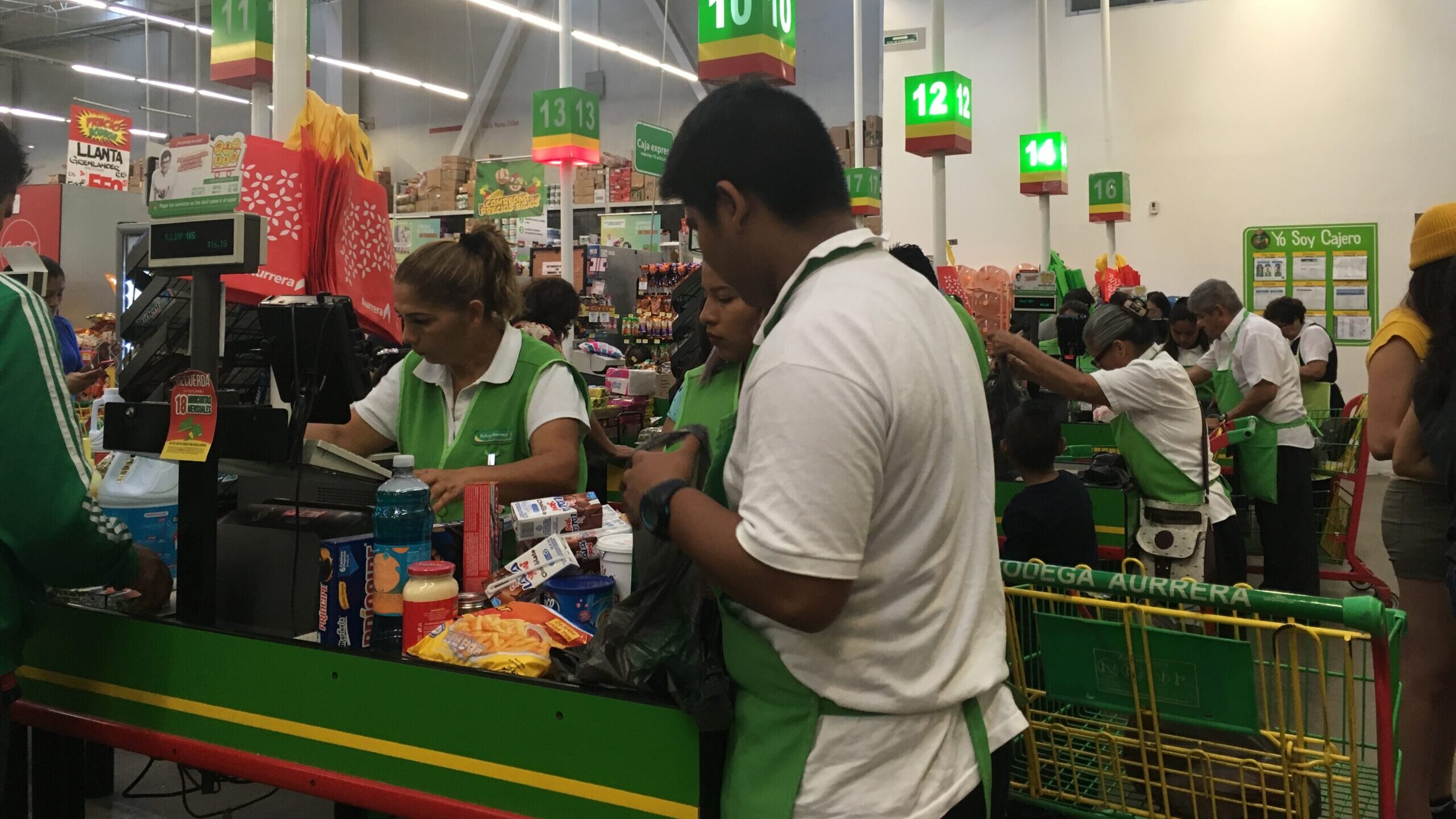 While many elderly packers lost their jobs, chain stores sought ways to help them. La Comer, one of the largest supermarket chains in Mexico, allocated more than a million dollars during 2020 to support this vulnerable group. (Marymar Alvarez/Café Words)

Jobs are scarce in Mexico, and low-income older adults are often unsupported. Many seniors used to make money by bagging customers’ groceries in supermarkets, but this option is gone.

In Mexico, baggers are known as ‘cerrillitos,’ which means little matches. They received this name because adolescents, who used to be as thin as little matches, were the ones who performed the task.

But the National Institute of Older Adults intervened for the elderly. As a result, Walmart, Soriana, Chedraui and Aurrerá, Mexico’s leading grocery stores, allowed them to work on their premises but as independent workers. Since they are not part of the companies’ payroll, cerillitos rely on tips.

“Soriana only required that I presented an ID card and permission from the [Institute] to allow me to work,” said Alba Mendiola Rivera, a 71-year-old bagger at Soriana supermarket in Boca del Río, Veracruz.

But the global pandemic hit. The first official measure in Mexico was for seniors to hunker down, and elderly cerillitos lost their income.

“It has been difficult,” said Joaquín Álvarez Mendoza, a 68-year-old cerillito who works at Walmart in Boca del Río, Veracruz. “I practically lost my job a year ago.”

As little as they made, the money was essential for many cerillitos. “I earned more than 200 pesos [10 dollars] a day, which was my main income,” said Álvarez Mendoza. “I could save and buy my groceries or the medicines that my wife needed. However, everything changed with the pandemic. It is tough to live like this, especially when you do not have any support from your family.”

The National Survey of Demographic Dynamics, carried out by Mexico’s National Institute of Geography and Statistics, estimates that 41.4 percent of the elderly live by themselves and are economically active. The 2018 survey indicates that 36.7 percent of Mexico’s older adults live from retirement plans, followed by 36.6 percent who rely on government programs and 34.4 percent who keep working. Some might combine two or three different sources of income to make ends meet.

“I used to earn between 180 pesos on a bad day and up to 300 pesos when it was payday because there was more movement. Now, I don’t have that income, and I need to pay for my medicines,” said Mendiola Rivera.

Many supermarkets gave elderly cerillitos some groceries as a way to help them through the difficult times. However, a year has passed since the pandemic began, and the help has not been enough.

Many older adults are waiting to receive the COVID-19 vaccine to return to work.