Although there are long lines, fear and people ignoring warnings, the government continues with the task.
By Christian Valera Rebolledo March 22, 2021
Facebook
Twitter
Linkedin
Email 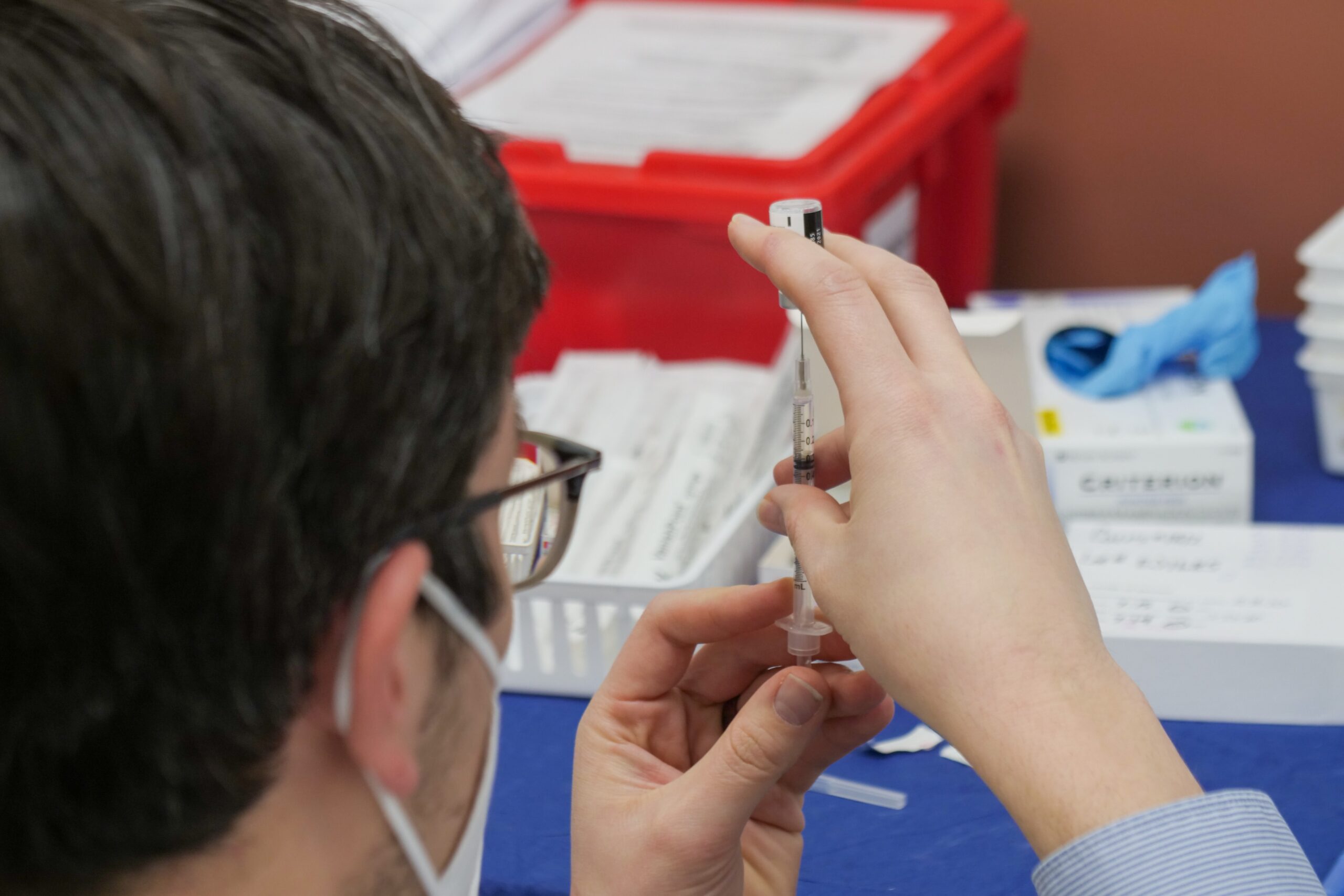 At the moment, Mexico applies the COVID-19 vaccine to people over 65. (Steven Cornfiled / Unsplash)

After a stumbled start in the official registry, the vaccination campaign against COVID-19 is running in Mexico City and some other states.

According to federal government reports, by mid-March, Mexico had administered 4.4 million doses as part of the National Vaccination Campaign, with elements of the Mexican Army collaborating with doctors and nurses from the Mexican health system.

One of the challenges has been to reassure those who are afraid of the vaccine or do not feel safe receiving it.

Some people fear that there may be a lack of vaccines for the second dose or that the population might not get vaccinated quickly enough.

“I know they are going to give me the second dose, but now I worry about my family because it has been seen that the coronavirus disregards age,” Rey said.

Some stood in line for four hours outdoors, which has been difficult for the elderly.

“One of my children accompanied me, and we stood in line for about two hours,” said Balbina Cervantes, a 65-year-old housewife from Veracruz, Mexico. But she does not regret getting the vaccine.

“After you get the vaccine, you feel peace, an inner peace. I still need [to get] the next dose,” Cervantes said.

People on social media call Mexico City “the capital of the pandemic” for its rocketing number of cases. However, local authorities reported that vaccinations are successfully being distributed in the Tláhuac, Xochimilco and Iztacalco municipalities, where medical personnel are administering the second dose. The Venustiano Carranza Municipality is beginning with the first round of shots.

“We are doing everything we can to make sure that vaccination against COVID-19 runs smoothly in all municipalities. We are making progress, and this is positive,” said Claudia Sheinbaum, Mexico City’s Head of Government, on her official Twitter account.

With the arrival of more Pfizer, Astra Zeneca and Sputnik V vaccines, Mexico expects to protect its population in time, according to the government.

However, all efforts get diluted with tourists attending beaches and resorts.

Relaxing measures and not following the official recommendations could bring a third wave of infections, said the Mexican government. But overall, the arrival of vaccines in Mexico has brought relief and gratitude.

“I can only send blessings to those who created the vaccine and to those who are making it easier for it to reach us,” said Norma Rey.