Streaming service’s lineup includes more of “The Handmaid’s Tale” and a new entry from Marvel. 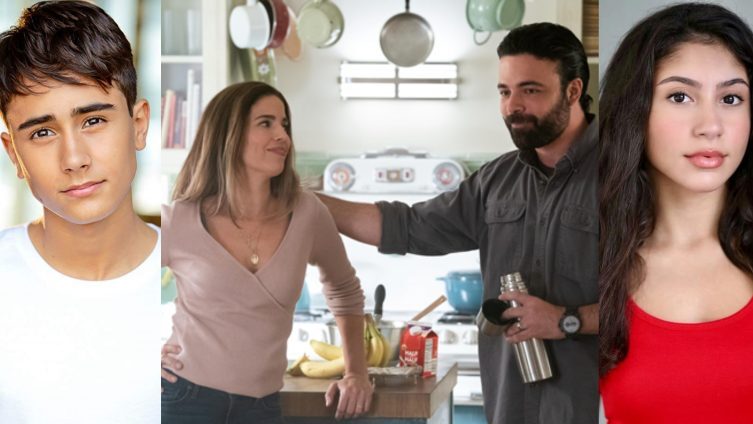 Hulu has announced its latest slate of upcoming original programming, including the fourth season of the multi-award-winning “The Handmaid’s Tale,” the third and final season of comedy series “Shrill” and the new adult-oriented animation series “Marvel’s M.O.D.O.K.” [Mental Organism Designed Only for Killing].

The subscription service also announced an order for new original limited series, “Iron Mike,” from 20th Television and the team behind “I, Tonya,” as well as an early third season renewal for “Animaniacs” from Steven Spielberg (“Ready Player One,” “Schindler’s List”).

“With returning seasons of award-winning comedies and dramas, Hulu’s 2021 slate of original series truly has something for everyone,” said Craig Erwich, president of Hulu Originals and ABC Entertainment. “We’re incredibly excited to welcome back the stories and characters fans have connected with in ‘The Handmaid’s Tale,’ ‘Shrill,’ ‘Animaniacs’ and ‘Love, Victor,’ while taking viewers deeper into the character of Mike Tyson in ‘Iron Mike’ and bringing animated but deeply human characters to life in Marvel’s ‘M.O.D.O.K.’”

With 39.4 million subscriptions as of Jan. 2, Hulu has gained momentum over the past year with the streamer recently earning a record 10 Golden Globe nominations across five titles, five Screen Actors Guild Award nominations, five Writers Guild of America Award nominations and seven NAACP Image Award nominations. It competes for paid users against an ever-growing cast of rivals, including Amazon Prime Video, Disney+, Netflix, YouTube Premium and others.

Hulu’s new adult animated comedy series “M.O.D.O.K.” premieres all 10 episodes on May 21. In “M.O.D.O.K.,” the megalomaniacal super villain M.O.D.O.K. (Patton Oswalt) has long pursued his dream of one day conquering the world. But after years of setbacks and failures fighting the Earth’s mightiest heroes, M.O.D.O.K. has run his evil organization A.I.M. into the ground. Ousted as A.I.M.’s leader, while also dealing with his crumbling marriage and family life, the organism is set to confront his greatest challenge yet.

The popular teen dramedy “Love, Victor,” produced by Disney, returns with all 10 episodes on June 11. Season two picks up with a newly out-of-the-closet Victor (Michael Cimino) entering his junior year at Creekwood High. However, being out brings new challenges, as Victor faces a family struggling with his revelation, a heartbroken ex-girlfriend in Mia (Rachel Naomi Hilson) and the difficulties of being an openly gay star athlete — all while navigating the excitement of his new relationship with Benji (George Sear).

Hulu has picked up the eight-episode limited series “Iron Mike.” From the team behind “I, Tonya,” the series explores the wild, tragic and controversial life and career behind one of the most polarizing figures in sports culture — heavyweight champion Mike Tyson.

From 20th Television and created by “I, Tonya” screenwriter Steven Rogers, showrunner Karin Gist will executive produce with Claire Brown of “The Gist Of It,” along with the ”I, Tonya” team of Rogers, director Craig Gillespie, Clubhouse Pictures’ Bryan Unkeless and Scott Morgan, LuckyChap’s Margot Robbie, Tom Ackerley and Brett Hedblom and Entertainment 360’s Darin Friedman.

Following a successful first season and practically blowing up the internet, “Animaniacs” has been renewed for a third, zany season on Hulu, consisting of 10 episodes. The series garnered the most social mentions of any Hulu Original to date over its season one opening weekend, proving that fans can’t get enough of watching Yakko, Wakko and Dot as they wreak havoc and mayhem in the lives of everyone they meet. The second season of “Animaniacs” will debut later this year.

After returning to their beloved home, the Warner Bros. Water Tower, the Animaniacs waste no time in causing chaos and comic confusion as they run loose through the studio and beyond, turning the world into their personal playground. Joining Yakko, Wakko and Dot are fan-favorite characters Pinky and the Brain, who will also return to continue their quest for world domination.

The fourth season of “The Handmaid’s Tale” premieres with three episodes on April 28. In the 10-episode season, June (Elisabeth Moss) strikes back against Gilead as a fierce rebel leader, but the risks she takes bring unexpected and dangerous new challenges. Her quest for justice and revenge threatens to consume her and destroy her most cherished relationships.

The third and final season of “Shrill” premieres all eight episodes on May 7. The new season finds Annie (Aidy Bryant) energized by her breakup with dud boyfriend Ryan (Luka Jones) and her newfound momentum at work. Annie feels like everything is finally falling into place for her, but does she actually know how to get what she wants?

«Previous Post
Fast Learner: How An Educational Software Firm Successfully Adapted to Pandemic Restrictions»Next Post
Popcorn With Zenger: ‘The Courier’ Is The Ultimate Display Of Selflessness