The Festival has been canceled twice in the past two years
By Juan Fernandez March 22, 2021
Facebook
Twitter
Linkedin
Email 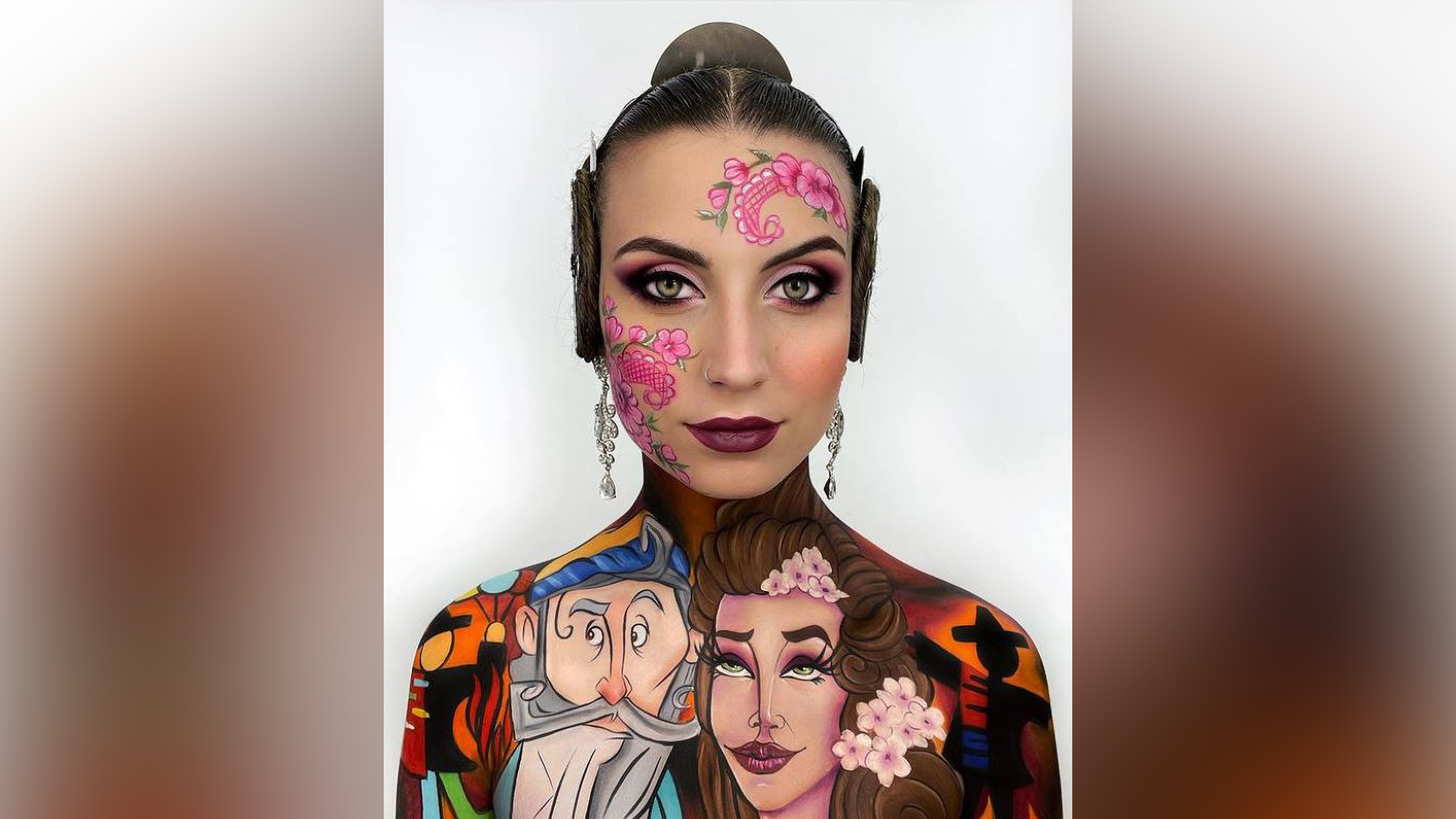 Picture of Spanish makeup artist Nuria Adraos, 21, who covered her body with incredible makeup art as a tribute for one of Spain’s most popular festivals ‘The Falles’. (nuria.adraos.makeup/Newsflash)

VALENCIA, Spain — This is the moment a stunning Spanish influencer covered her body with incredible makeup art as a tribute to one of Spain’s most popular festivals that was postponed due to Covid-19 restrictions.

Spanish makeup artist Nuria Adraos, 21, made the post for her 2.1 million Tik Tok followers on March 18.

“It is one of the nicest things I have done,” Adraos said. “It was the idea of the president from my committee who wanted to do something about the Fallas. When I finished, I did not want to take it off.”

She recorded the footage in honor of one of Spain’s most popular festivals, ‘Las Fallas’, celebrated in Valencia’s Spanish autonomous community in March.

This was the second year in a row when the festival was postponed due to Covid-19.

Adraos said she could take anywhere between six and nine hours to create 30-second videos as placing the makeup on herself can be very time-consuming, depending on the design.

The video shows Adraos speaking to the camera as she pays tribute to Las Fallas. Her incredible artwork starts to appear around her body, a design they had thought of using for one of the falles last year, before the cancelation of the event due to Covid-19.

The anthem of Valencia plays in the background as the 21-year-old switches to the local Valencia language. “Falleros and falleras, people from all over the world, today I tell you with complete confidence, we will be back.”

It is only the sixth time the festival was suspended in its history. The early origins of the festival can be traced back to 1774 before it began regularly since 1848.

They are later burnt in a fireworks display, with the main days of the festival happening between March 15 and 19. The massive party attracts millions of people to Valencia every year in March, many of them coming from different parts of Spain.

Local media said the influencer got the idea to make the video from a woman she worked with. Adraos started doing makeup when she was 11 and has made over 800 different creations with her makeup. The artist has no intention of stopping anytime soon.

As per a study, Tik Tok is one of the most used social platforms in Spain in 2020, as per the average number of minutes of daily use. On average, Internet users used WhatsApp for about an hour and three quarters a day, which places this social network in the first position in the ranking, ahead of Facebook, which was around 67 minutes a day closely followed by Tik Tok.