A City With Heart: Legend Turns Out To Be True

A zinc casket holding the heart of a beloved mayor is uncovered 137 years after it was placed in a stone fountain.
By Flemming Emil Hansen March 22, 2021
Facebook
Twitter
Linkedin
Email 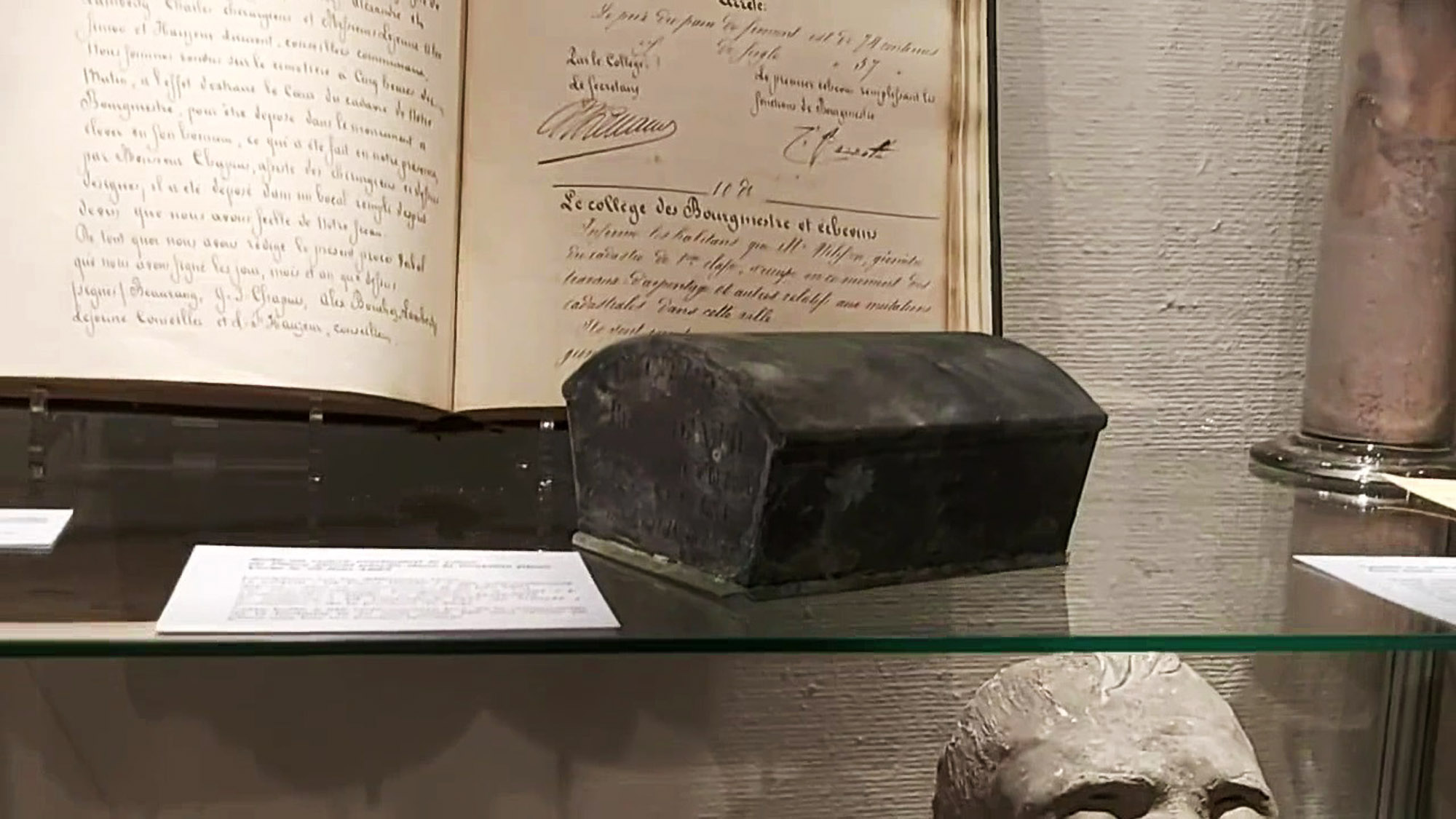 The zinc casket said to hold the heart of Pierre David. (Photo courtesy of Newsflash)

VERVIERS, Belgium — This isn’t a tale of a broken heart, but of a legendary one.

More than 180 years after the death of a beloved mayor of Verviers, Belgium, a box containing his heart was uncovered during the restoration of a fountain in the Place Verte — fittingly, in the heart of the city.

Long-held legend had it that the city had a real human heart at its core. During restoration work at the Fontaine David in September 2020, “an amazing discovery was made,” the city posted on its website. And the legend turned out to be true.

“A box was found inside a hollowed-out stone containing the heart of Pierre David, first mayor of Verviers in independent Belgium,” the city’s website states.

The city’s Museum of Fine Arts then mounted an exhibition about David and the construction of the fountain in the 1800s. Visitors are able to view the small zinc casket, with the engraving “The heart of Pierre David was solemnly placed in the monument on 25 June 1883.”

The exhibit also includes documents from the municipal archives.

“Is there really a heart?” the museum’s website teases. “The secret of the safe finally revealed!”

“As you will discover in the press, we now have confirmation that there is indeed a heart in Pierre David’s box,” the museum’s website states. The lead content of the box was measured, leading analysts to determine if it would be possible to use X-ray to identify its contents.

“The heart in its canister was ‘imaged’ using a Philips brand BigBore scanner, commonly used for patients requiring radiation therapy,” the website states. “The images clearly show the presence of a heart whose state of preservation is quite satisfactory.”

David was mayor of Verviers for nearly two decades, until his death in 1839. Local authorities reportedly decided to keep his heart. While it’s not known precisely why it was decided to do that, the mayor was lauded for such achievements as seeing to it that Verviers had its own fire brigade and secondary school.

According to several historical accounts, the heart was kept in the town hall for 44 years until it was placed in the fountain.

David first served as mayor of Verviers from 1800-1808, when Belgium was under French rule. His second term began in 1830, when Belgium became an independent country.

The Museum of Fine Arts in Rue Renier has its display case dedicated to the heart of David in the large room on the first floor. Plans are for the box to be placed back in the fountain on the Place Verte this spring.

«Previous Post
Scientists: Carnivorous ‘Chicken Dinosaur’ Roamed The Earth 66 Million Years Ago»Next Post
Crazed Bodybuilder Admits: I Killed My Parents When They Told Me To Take The Dog For A Walk