Rahul Mishra is the only Indian designer to have been invited to the Paris Haute Couture Week twice in a row. 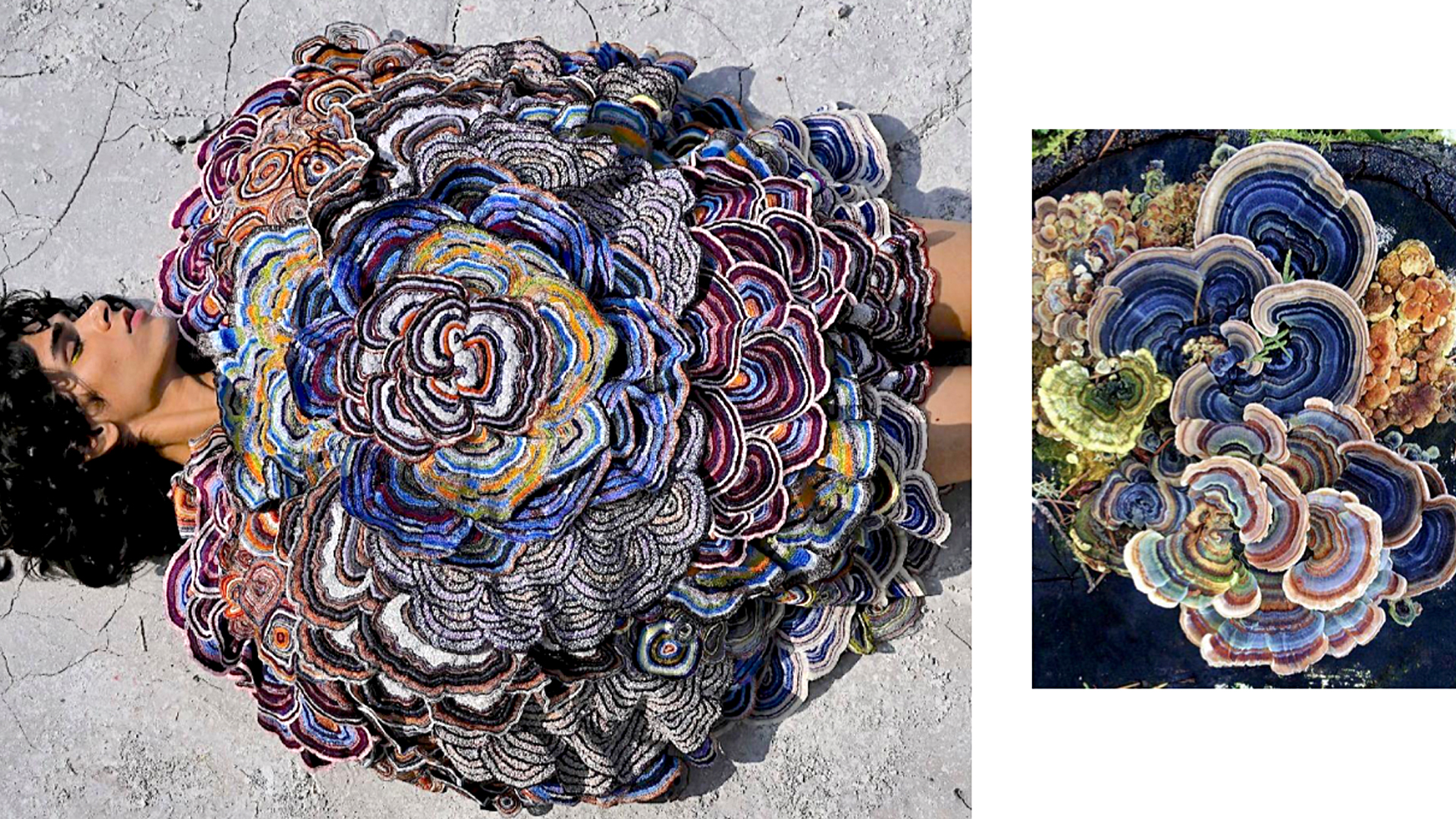 NEW DELHI — Indian fashion designer Rahul Mishra’s schedule does not leave him with much time for television. So, during the pandemic, he made up for the deficit by watching “David Attenborough: A Life On Our Planet” five times.

The 2020 documentary, a “witness statement,” by British natural historian Sir David Frederick Attenborough on the condition of our planet, and how it may be saved, left him disturbed, yet hopeful.

Mishra is the owner of one of India’s biggest sustainable couture brands and is the only Indian designer to have been invited to show at the prestigious Paris Haute Couture Week twice in a row—this year was his second outing at the event, albeit in a digital avatar.

Mishra won the International Woolmark Prize at Milan in 2014. One of the oldest fashion design competitions, it debuted in 1954 with maestros Karl Lagerfeld and Yves Saint Laurent taking home the honors that year. The designer has dressed many Indian celebrities and made headlines in February last year when Zendaya wore one of his outfits to a Bvlgari event in New York City. 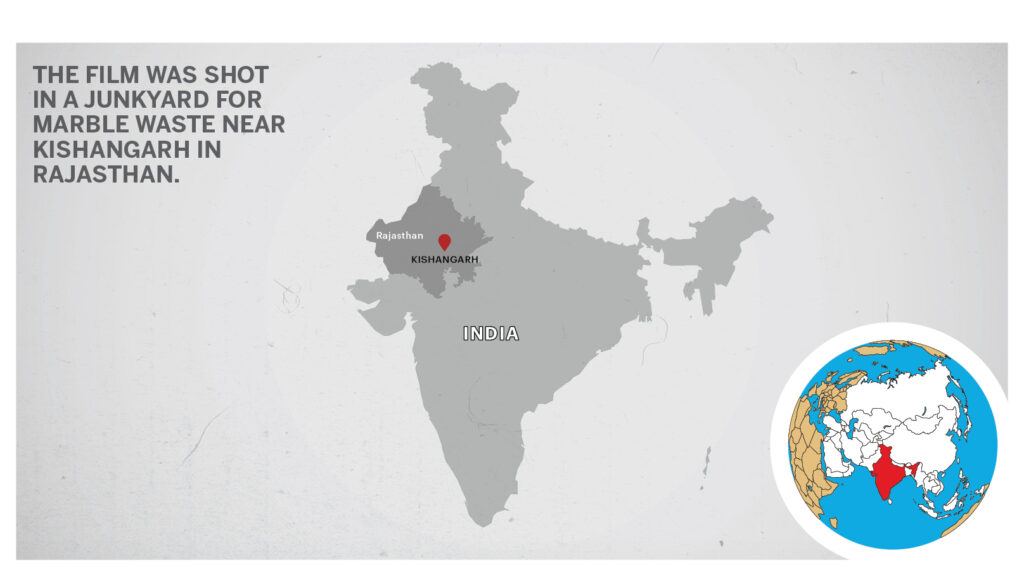 “The biggest takeaway from the documentary for me was that the planet if left undisturbed, has the ability to revive and regenerate, even after the destruction we have wreaked on it,” Mishra told Zenger News.

It revived in him a childhood memory of a grand old tree in his hometown, the village of Malhausi in the northern Indian state of Uttar Pradesh, that had to be felled because it was destroying a wall of his house.

“I was quite distraught at the time because the tree had been cut. However, after a few days, I noticed some giant mushrooms sprouting from the deadwood. Soon, the fungus had colonized the entire tree trunk, creating an eco-system of living breathing organisms. The mushrooms had made the tree come back to life.”

This ability of mushrooms to thrive in death and decay and foster regeneration inspired the designer to create a Spring Couture 21 line for Paris Haute Couture Week 2021 called “The Dawn.”

Presented as a fashion film for a virtual showing in January, the models wore 3D mushrooms, each painstakingly hand-tacked to a tulle and silk organza garment with an embroidered tree-bark-texture.

The film was shot in a junkyard for marble waste in the northern Indian state of Rajasthan; the stark, pristine white landscape serving to highlight the absence of life. The models posed against this inhospitable backdrop like vibrant mushrooms that had survived and bloomed against the odds.

“So much to grasp about Rahul Mishra’s collection — starting with the Indian designer being able to find a snowy white background of a dumping ground in his country — known for its intense mixes of color. But the shades and patterns in his collection added layers of imagination from the dawn light to the vivid patterns,” Suzy Menkes, British fashion critic and former editor of Vogue International, wrote in an Instagram post.

Shape-shifting silhouettes created by 3D surface embellishments is a technique that Mishra has mastered, and is present in almost all his collections.

“In this collection, mushroom forms were individually created through a unique pattern-making process assisted by hand embroidery techniques to achieve a realistic fall and movement,” said Mishra.

“We spent a lot of time and money on the film and the clothes. That is what haute couture is about — experimental, slow fashion that is a kind of poetry, an exercise in pure creativity.”

“Sustainability is not just about biodegradable fabrics or recycling waste. It’s about slowing down and creating meaningful pieces. What is the need to produce so much so fast without any thought of the consequences? What is the point of creating 10 capsule collections that will end up in the landfill or as ocean waste?”

While Mishra’s contemporary silhouettes are perfect for a western consumer, the basic ethos of his design remains steadfastly Indian with the use of traditional embroideries created by craft clusters in rural India.

“It is the strength of his craftsmanship and the unique hand embroideries that have got him noticed everywhere in the world,” said Fashion Design Council of India President Sunil Sethi, who Mishra considers a mentor.

“It fills me with pride that his collection got such rave reviews in the international press. Rahul has managed to impress international buyers and critics without resorting to over-design or clichéd Indian kitsch,” Sethi said.

Jaspreet Chandok, head of lifestyle businesses at RISE Worldwide (the sports and lifestyle business of Reliance Industries Limited), attributes Mishra’s rise to “his ability to marry Indian craft with a truly global aesthetic that has truly set him apart in the global fashion circuit.”

“Rahul has been very highly rated from a very young age and the International Woolmark Prize opened a lot of doors to international attention,” said Chandok.

“As Rahul becomes more and a more global force, the opportunities to highlight the India-centric story of sustainability and handcraft will find a stronger global interface. Mishra and a few others are true torch-bearers for taking this narrative to the global audience, and that is significant beyond measure.”

Business-wise, Mishra has been quite astute when it comes to running his fashion house.

“We are doing well despite the pandemic year, and we will achieve last financial year’s numbers by this month for sure. We are growing at the rate of around 50 percent every year and sales in the last few months have been very good,” said Mishra.

“It gives me great satisfaction that I did not have to lay off a single employee during the lockdown&mldr;no furlough, no unpaid leaves. Directly and indirectly, we employ about 1,000 people, and we managed to pay them full salaries. In the past few months, we have increased our production capacity and have even hired people.”

“And every paisa of my investment in my people have been worth it. This year, I could make couture collections for India Couture Week and Paris Haute Couture Week and meet the demand of the festive and bridal season because I had my team with me.”

According to financial records’ agency Tofler, Rahul Mishra Designs Private Limited had operating revenue of INR 1 crore ($137,873) to INR 100 crore ($13.78 million) updated until March 31, 2019. The company also posted a net worth jump of 35.63 percent from the previous year during this period.

In recent times, many biggies of the Indian fashion industry like Sabyasachi, Tarun Tahiliani, and Shantanu and Nikhil have sold some stake in their companies to fashion retail majors like Aditya Birla Fashion Retail, however, Mishra claims he is in no hurry to go the same route.

“Top Indian industrialists were in talks with us for investing and while we heard them out, I am not interested right now and not likely to be so in the near future,” said Mishra.

“I like my independence more than anything. I am not here just to make money. I don’t want to be a Dior or Chanel; I would rather be Comme des Garçons.”