Woloo Wants To Become The Airbnb Of Toilets For Indian Women 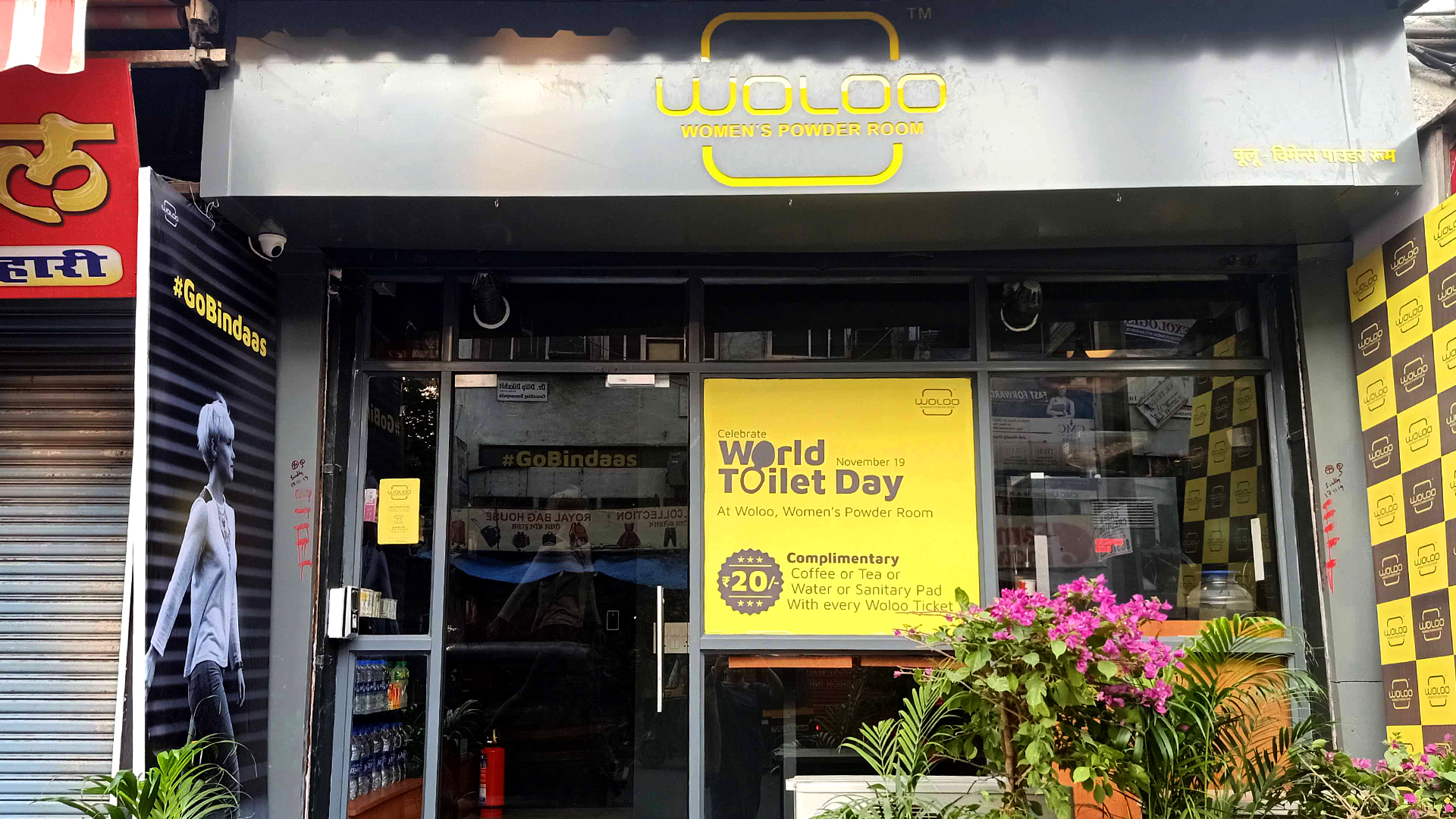 Woloo launched a beta app on Android’s Play Store on March 8 to help women locate and use the nearest washroom. (Woloo)

PUNE, India — “I went back a generation behind and realized that the birth of a girl is celebrated, but while celebrating that birth, the family starts implanting fear in her mind,” Manish Kelshikar, a 49-year-old entrepreneur based in Mumbai, told Zenger News.

In 2019, Kelshikar, along with his wife Rupali, started Woloo, which stands for women’s loo and is India’s first chain of women’s powder rooms. Supreet Shah, a former engineer with Infosys, and Amit Arondekar, who has 12 years of retail industry experience, are the other co-founders in the start-up.

“Instead of improving the situation, women in India began adjusting. Adjust in terms of holding on to the urge to pee, don’t change pad, or quit school and quit office,” Kelshikar, the chief strategy officer of Woloo, said. 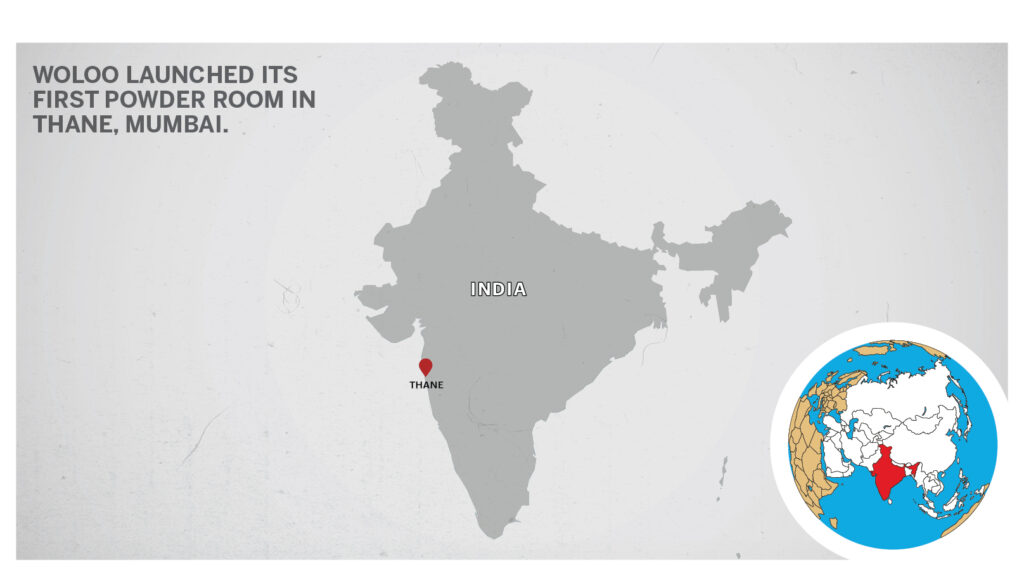 The statistics bear this out. Of the 365 million menstruating women in the country, only 18 percent use sanitary napkins, while the remaining 82 percent, who live in semi-rural and rural India, use unhygienic products like newspapers, dried leaves, and clothes, a 2020 report from markets research firm Research and Markets said.

But growing awareness about intimate hygiene and sanitary products has helped the market for feminine hygiene products in India. The feminine hygiene market is projected to reach INR 58.62 billion ($809 million) by 2024 in India, clocking a compound annual growth rate of about 14.9 percent during 2019-2024, according to the report.

“Whenever we spoke about sanitization, we only spoke about villages and slums. But urban women from the ages of 4-60, the moment they step out of their homes, the hygiene facility is zero,” he said. “The journey [of Woloo] or thought process started from here.”

The lack of safe and hygienic toilet facilities exposes women to health risks and gender-based violence. Woloo is not the first organization to focus on women’s sanitation facilities. There have been several initiatives from state governments and private players to address this persistent problem.

Telangana, a southern Indian state, launched ‘She Toilets’ in 2016, with a toilet, diaper changing station, and a vending machine for sanitary pads. Over 7,010 such toilets have been built in the state, according to the government.

A Hyderabad-based startup called Loocafe was started in 2017 to provide free, public luxury washrooms to challenge the poor perception of Indian public toilets. Loocafe has teamed up with the Chennai city corporation to build Loocafes in five areas in the southern city.

Launched In 2016, Ti Toilet — which means her in Marathi — is a start-up that converts old buses into washrooms-on-wheels in Maharashtra’s Pune city. For a nominal fee of INR 5 ($0.06), women can use toilet facilities and buy sanitary napkins and diapers.

Woloo brought the concept of powder room as a first. Its business model focuses on the 150 million-strong urban women population in India and is two-fold. The first is an aggregation model, which is the powder-room; a physical outlet with a washroom, a café, a changing room, a convenience store, and a diaper changing facility with Wi-Fi and CCTVs.

“That’s our infrastructure model, but that was not sufficient. So, another way we looked at it is, can we create an Oyo or Airbnb of toilets?” Kelshikar said.

To that end, Woloo launched a beta app on Android’s Play Store on March 8 to help women locate and use the nearest washroom.

“Anywhere new things come up, we just go and meet people, specifically if it’s for women and done by women,” Jan told Zenger News. “Our experience was good. In a market where people go for shopping, in the same line, having a Woloo is a relief.”

“We spoke with women auto-rickshaw drivers and other people who were accessing the powder-room. It’s a good effort. We visited when it started, and it was very new. It’s been almost two years, and now they need to get people’s feedback. Who are the people who use it? We are looking at different levels, we can’t put all women in one box,” Jan said.

Woloo wants its powder rooms to be near locations like train and bus stations, markets, places of worship, and colleges to increase accessibility.

But the Thane facility was the first and last powder-room opened two years ago. To push ahead, Woloo is now offering franchising opportunities to women entrepreneurs who want to run powder rooms. The company has also reached out to corporations asking them to enroll their employees for a free trial.

Kelshikar is hopeful that in six months, Woloo will be operational in five more cities, including Pune. “We will be in 100 cities in three years, with 100,000 powder rooms,” he said.

“The way we have designed the unit economics of the model is, every powder room is cash positive in 18 months. We are asset-light with the aggregation model. It’s asset-light because everything is franchised. Hygiene dignity for every woman is the mission.”

Woloo’s newly launched app is a subscription-based model with a one-month free trial, after which it costs INR 99 ($1.4) a month, totaling INR 118 ($1.6) after adding a goods and services tax. The store in Thane has 1,200 subscribers.

The retail stores are one part of Woloo’s model, the other is listing hygienic washrooms on the app by giving certifications to restaurants, QSR (quick service restaurants), schools, offices, and retail outlets that have sanitation facilities.

The start-up even offers cashback. “You can go to say a McDonald’s or anywhere, you can get yourself navigated there, the Woloo app gives you 10 points and the app asks you to rate the facility. You can redeem the points from the stores. We are a retail company, hygiene access is a tool to drive in customers,” Kelshikar told Zenger News.

In recent years, Indian women have been big spenders in the retail market.

“In online retail, the transaction takes place at a virtual level, so there’s no problem,” K.S. Chandrasekhar, professor and dean at Institute of Management in Kerala, told Zenger News. “It’s offline retail where women face issues. If you look at the entire retail structure, it’s male-centric.” Chandrasekhar co-authored a research paper on the ‘Changing Roles of Women and the Implications on Retail Strategies’ in 2019.

Woloo also has an exclusive association with the Toilet Board Coalition, a global body under the World Bank, for the Woloo Assurance of Hygiene certification.

“We created a unique property, which is a hygiene certification, it’s like the ‘Michelin star of toilets’. This is non-existent worldwide, we have a patent,” Kelshikar said.