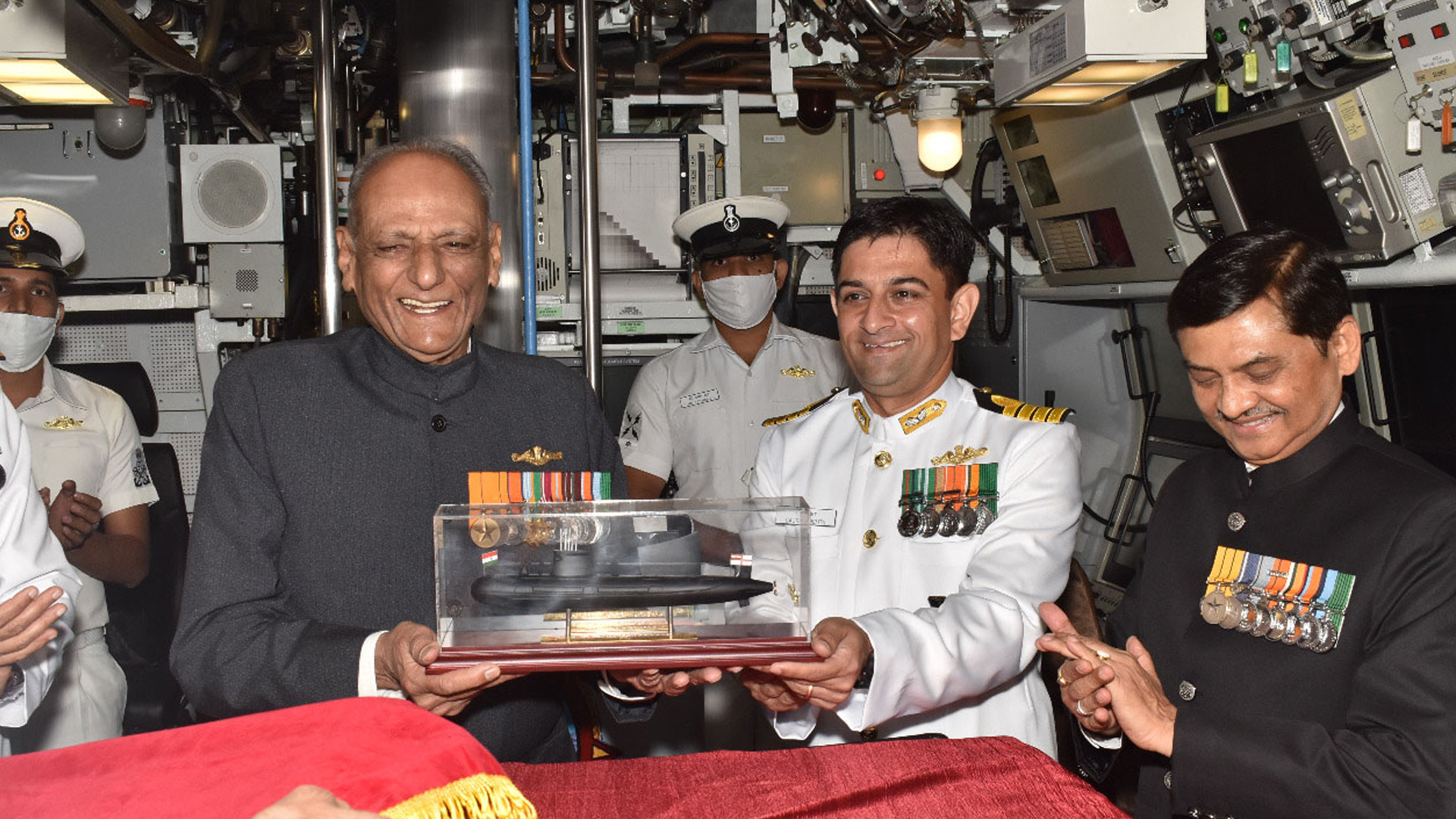 MUMBAI, India — Fifty years ago, Admiral Vijai Singh Shekhawat was busy giving instructions to his team while commanding the INS Karanj, a Foxtrot class submarine commissioned in 1969 at Riga in the erstwhile Soviet Union.

“Our orders were to detect the enemy ships and attack if confirmed that it was an enemy warship,” Shekhawat, now retired, told Zenger News, recalling his time deep down in the sea during the 1971 battle with Pakistan over the liberalization of East Pakistan (now Bangladesh).

“In those days it was impossible to say whether a particular ship you have detected was an enemy ship or a neutral ship through a submarine. On the other hand, being able to attack a warship was much easier from a submarine.” 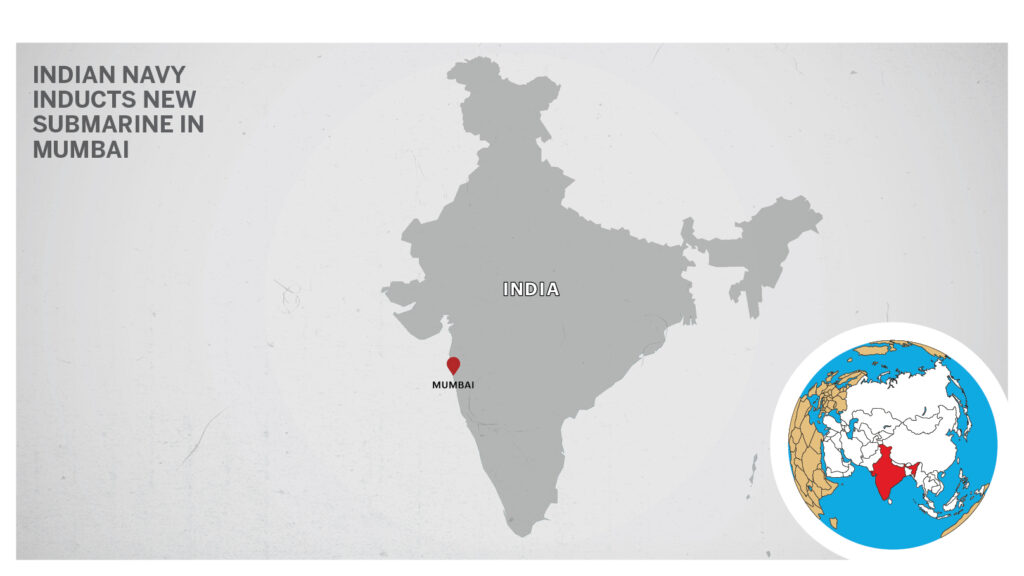 “After the missile attack by our forces from our surface porches on December 4, 1971, the Pakistan Navy thought it was more prudent to stay inside their harbors and in sheltered areas where it would be difficult for our surface as well as submarine forces to reach them. It was a situation of denying a legitimate target.”

In the 1971 battle, India says its submarines played a pivotal role in sinking the Pakistani submarine PNS Ghazi off the Visakhapatnam coast in the south-eastern state of Andhra Pradesh.

Shekhawat, who was part of the commissioning crew of the old Karanj and was awarded the Vir Chakra (Indian gallantry award) for his role in the 1971 war, was the chief guest.

“The nature of the submarines has changed after the Second World War post the electronic revolution,” a nostalgic Shekhawat, who was a former chief of the Indian Navy, told Zenger News. “The old Karanj was the design of German Navy during the Second World War then taken by the Soviet Union modified with the most modern technology, and then it was taken by the Indian Navy.”

After the commissioning of the new INS Karanj, its Captain Gaurav Mehta told Zenger News that the boat “is truly indigenous.”

“INS Karanj is the first [Indian] submarine, which had no French overseeing team. It is completely designed in India, and with this, the process of transferring the technology mentioned under the contract is completed,” Mehta said.

Six Scorpene-class submarines are being built in India by the Mazagon Dock Shipbuilders Limited Mumbai, under collaboration with Naval Group, France.

“The Indian Ministry of Defence, under pressure from the Indian Navy and facing an ultimatum from the French government, agreed to buy the six Scorpene submarines for $4.6 billion — $1.4 billion more than the price tag negotiated in 2002. The increased cost was blamed on the prolonged negotiations that invalidated the $3.2 billion price tag agreed in 2002,” according to this website.

The first two submarines of the Scorpene class — Kalvari commissioned in 2017 and Khanderi in 2019 — were built under the supervision of a French overseeing team.

But INS Karanj was built as part of India’s Atmanirbhar Bharat Abhiyan (self-reliant India campaign) under the supervision of an in-house design overseeing team from Mazagon Dock Shipbuilders Limited and engineers from the Navy’s Submarine Design Group.

The fourth and fifth Scorpenes — Vela and Vagir — have commenced sea trials, whilst the sixth and last under the deal — Vagsheer — is being readied.

Mehta, who also served as executive officer on the Kalvari submarine, calls the construction of INS Karanj an experiment for the better, despite numerous challenges.

“There are several challenges you have to deal with even if the designs are proven. There are many lessons to learn. However, we looked after all the challenges we faced in the first two boats of the same class during the building of INS Karanj. So, this has come out stronger than the other two with minimal liabilities to the yard.”

INS Kanraj is a diesel-electric attack submarine. “The Scorpene submarines are one of the most advanced conventional submarines in the world. These platforms are equipped with the latest technologies in the world. More deadly and stealthier than their predecessors, these submarines are equipped with potent weapons and sensors to neutralize any threat above or below the sea surface,” India’s defense ministry said in a release.

“By 2023, the ‘air-independent propulsion system’, developed by the Defence Research and Development Organisation, which increases the capability of submarines to spend more time underwater, will be ready,” Chief of the Naval Staff Admiral Karambir Singh told Zenger News.

Singh considers this commissioning as a force to increase the strength and capability of the Indian Navy. “When the first submarine will go for refit, the air-independent propulsion system will be installed in her.”

The diesel engines of Karanj can quickly charge batteries for a stealthy mission profile. “This is a conventional submarine, and batteries need to be charged through engines to operate this. For that, we need to come to the periscope depth [which is approximately 20 meters from the surface]. The recharging includes a task to ensure the submarine is out of any sight from the enemy radar as it includes immense risk,” Mehta said.

The submarine’s hull is made of specialized steel to withstand deep diving, greater than most conventional submarines. Fitted with a permanent magnet synchronous motor, Karanj is one of the quietest submarines in the world.

Built across four modular sections, the submarine undertook her maiden sea sortie on June 2, 2018. After a series of comprehensive acceptance checks, torpedoes and missile firings, Karanj spent over 100 days at sea and clocked over 1,000 dived hours during stringent and demanding sea trials.

“INS Karanj comes with a guarantee that this is the best boat and crew in the world in terms of equipment and experience,” said Mehta, who has been a submariner for 20 years.

Shekhawat, who now lives between Mumbai and Jaipur, accepted there is a huge technological difference between the old and new Karanj. “But the sea and the dangers of the sea will never change.”