Biopics might be the hot new genre in Bollywood, but it doesn’t always guarantee success. 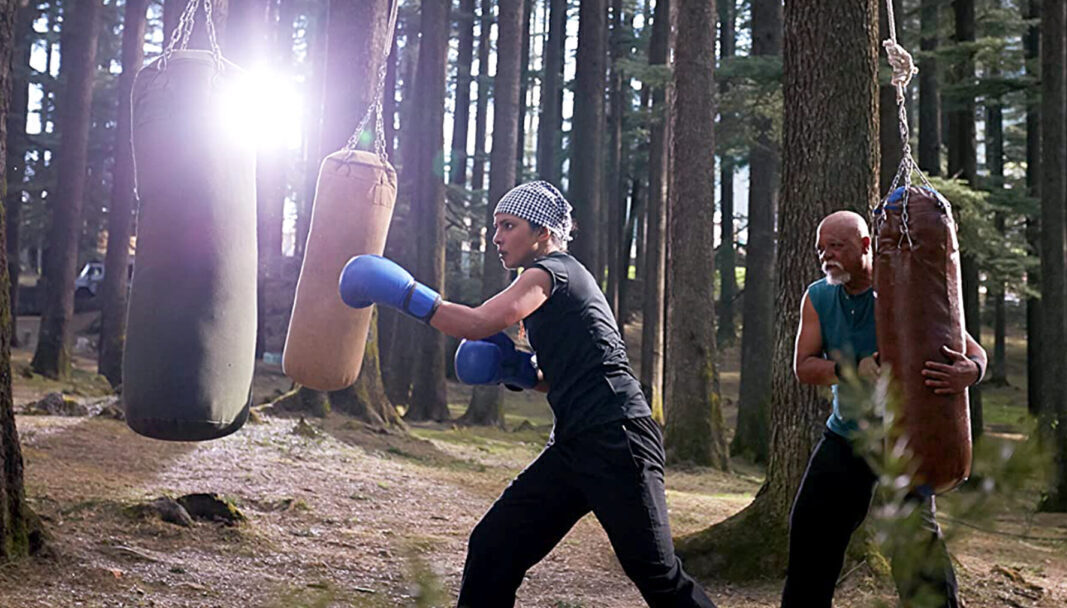 MUMBAI, India — Milkha Singh was a track athlete who won India medals in Commonwealth Games and narrowly missed out on an Olympic one, Mary Kom brought home a boxing bronze medal from the 2012 Olympics, and M. S. Dhoni led the Indian cricket them to World Cup glory in 2011.

While their track and field successes were avidly followed by millions of Indians, there was also enormous curiosity about their lives and their success stories, from the small towns of the country to the global stage. Enter Bollywood — the Hindi film industry based out of Mumbai — which has begun bringing such stories to the screen in the form of biopics.

In 2021, 12 biopics — of sportspersons, politicians, gangsters — are slated to be released. A popular genre, it has had mixed success in the box office and among critics.

While biopics of freedom fights such as Bhagat Singh (“Shaheed”, 1965) and performers such as Hansa Wadkar (“Bhumika”, 1977) were made earlier, the Indian film industry perhaps witnessed the power of the biopic for the first time in Richard Attenborough-directed “Gandhi” (1982), which won a slew of international awards including several Oscars.

In the 1990s and 2000s, Indian filmmakers tentatively explored life-stories of national leaders such as Sardar Vallabhbhai Patel (“Sardar”, 1994), president of the constituent assembly B R Ambedkar (“Dr. Babasaheb Ambedkar”, 2000), and Subhash Chandra Bose (“Netaji Subhas Chandra Bose: The Forgotten Hero”, 2004). These were mostly small-budget projects that did not set the box office tingling.

Another biopic on Bhagat Singh, “The Legend of Bhagat Singh” (2002), won a few awards but bombed at the box office.

It was only in 2013 that the floodgates opened.

That year “Bhaag Milkha Bhaag”, a sports drama based on the life of Milkha Singh, was released. Actor Farhan Akhtar played the lead role in the film that earned INR 164 crore ($22.6 million) across the globe.

Next year, Priyanka Chopra Jonas played the role of Olympic medal winner Mary Kom in an eponymous biopic. This film was also a huge success.

In 2016, when the biopic of former Indian cricket captain, “M.S. Dhoni: The Untold Story” was released, it became one of the biggest grosser at the box office, collecting almost INR 200 crore ($27 million).

“It was the first time Indian audiences saw how an ordinary railway ticket checker went on to become a successful cricketer,” Amod Mehra, a film trade analyst, told Zenger News.

“Dhoni’s story struck a chord with the Indian audiences,” he said. “After this, inspirational biopics became a successful genre.”

“When you see the story of these ordinary people you realize what extraordinary circumstances they have gone through to achieve what they achieved,” Mehra said. “If you have a heroic journey then it is a story worth telling.”

In the same year, another biopic, “Dangal,” starring superstar Aamir Khan took the box office by storm. Khan played the role of Mahavir Singh Phogat, an amateur wrestler who trains his daughters Geeta Phogat and Babita Kumari Phogat, both of whom went on to win international medals.

The Phogats hail from Haryana, a state in north India with the worst gender ratios and female literacy rates. The film was one of the all-time highest-grossing films, collecting INR 700 crore ($96.5 million).

It also set the box office on fire in China, where the film found a huge fan following and went on to earn around INR 2,000 crore ($275 million), according to a report in Forbes.

“People have heroes they look up to,” he said. “I believe it is great to be able to tell stories that are both aspirational and inspirational.”

“The audiences love to watch stories which are inspirational,” said Amol Gupte, the director of “Saina”, a yet-to-be-released biopic on India’s ace badminton champion and Olympic winner Saina Nehwal.

“Nehwal’s father was a professor in an agricultural university, and she came from a family which had no background in sports,” he said. “We have shown her ups and downs in the journey. This story is very inspiring for young Indians. Therefore, we thought that this story needs to be told.”

But an interesting story does not necessarily mean box office success. For instance, “The Accidental Prime Minister” (2019) on former prime minister Manmohan Singh’s time in office, and “Thackeray” (2019), on the firebrand founder of the political party Shiv Sena Bal Thackeray.

While Anupam Kher, who has worked in several international projects, played Singh, Nawazuddin Siddiqui, whom Americans will remember from Emmy-winning “McMafia”, acted as Thackeray. Both the films failed to connect with the audience.

“Sometimes producers want to cash in on a trend rather than tell an actual story,” said filmmaker Ananth Mahadevan, who has directed several biopics including “Mee Sindhutai Sapkal” (2010), “Gour Hari Dastaan: The Freedom File” (2015), and “Doctor Rakhmabai” (2016).

“Films like “Gandhi”, “Sardar”, or “Lincoln” (2012) had honest depictions of their characters,” he said. “But taking too many creative liberties can spoil the chances of a film.”

Another danger with biopics is that they can turn into hagiographies.

“The important thing is to maintain the focus on a person’s life, on why they resonated with you in the first place,” he said.

Films such as “Sanju” (2018) — on the life of troubled leading man Sanjay Dutt — were blasted by critics for whitewashing the leading character’s life story. Dutt, the son of superstars Nargis and Sunil Dutt, tasted early success with his films “Rocky” (1981) and “Vidhaata” (1982).

However, from very early on, he struggled with alcoholism and a drug abuse problem. Often portraying negative characters on screen, Dutt was charged with aiding terrorists in the 1993 Mumbai bomb blasts. He was convicted and spent several years in jail.

On being released, he reclaimed box office success with films such as “Vastaav: The Reality” (1999), in which he played a gangster.

“I was very surprised with the reaction I have received,” he said. “I want to ask where I have whitewashed Sanju (nickname of actor Sanjay Dutt). I am not defending Sanju. I am defending our film.”

Popcorn With Zenger: ‘Voyagers’ Desperately Tries To Save A Dying Young Adult Genre

How Community Kitchens In India Are Feeding Farmers’ Protest