VIDEO: Well You’d Be Grizzly If You Woke Up After Five Months And There Was Nothing To Eat 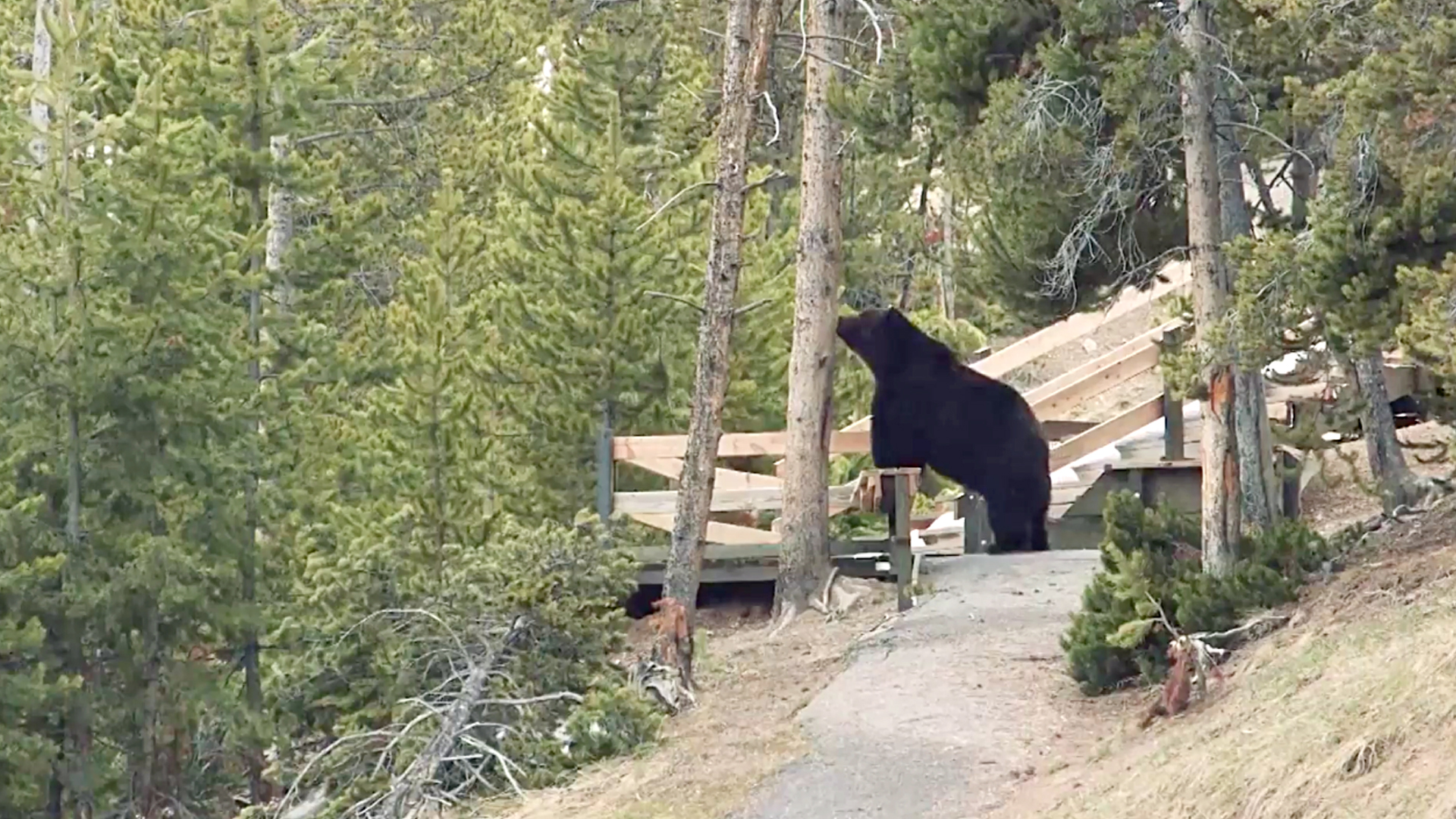 A large grizzly bear that recently came out of hibernation was spotted at Yellowstone National Park, Wyoming. (NPS/Clipzilla)

YELLOWSTONE NATIONAL PARK, Wyo. — This was when a large grizzly bear that recently came out of hibernation was spotted at Yellowstone National Park, making the first sighting of the current year.

The same registration was made at Mammoth Hot Springs, located in the northern part of Yellowstone National Park in the American state of Wyoming, on Saturday March 13.

The footage was shared by the National Park Service (NPS), celebrating the first grizzly bear sighting of 2021.

The bear was spotted by cameras that are conducting a pilot test supporting park wildlife studies, according to a press statement by the NPS.

It added all of Yellowstone Park is “bear country” where Male grizzlies come out of hibernation in March while the females and their cubs usually wait until April or May.

The video shows the large bear walking along a trail. It is later seen digging a small hole and sitting on a field for some time before it eventually continues going on its way up a trial.

Officials reminded locals who go on hikes in the area of several important recommendations to avoid being attacked by a bear searching for food or protecting its cubs.

Some of the recommendations included walking the trail in groups, making plenty of noise, and always being sure to carry bear spray, which can help deter the large animals without fatally wounding them.

The NPS also reminded locals that despite carrying firearms into the premises is legal, firing them violates park regulation.

The park started to restrict certain activities in the area last week (March 10) after bear tracks began appearing two weeks ago. This first sighting comes shortly after last year’s as the first grizzly bear of 2020 at Yellowstone National Park was spotted on March 7, 2020.

Grizzly bears are listed as animals of least concern by the International Union for Conservation of Nature Red List of Threatened Species. They are found in different parts of North America.

In 2018, the Interior Department submitted significant changes for approval to the Endangered Species Act, a hallmark of conservation legislation in the United States which has helped restore crucial apex species like grizzly bears to ecosystems.

These changes make it easier for roads, pipelines, and other construction projects to gain approval. Critics of the legislation argue that this act hinders economic development. This legislation has gone unchanged since 1973. Despite this continuity, the United States has seen an increase in endangered species across multiple groups over the past decade.